Advertisement
Home / Opinion / The text that saw the future

The text that saw the future 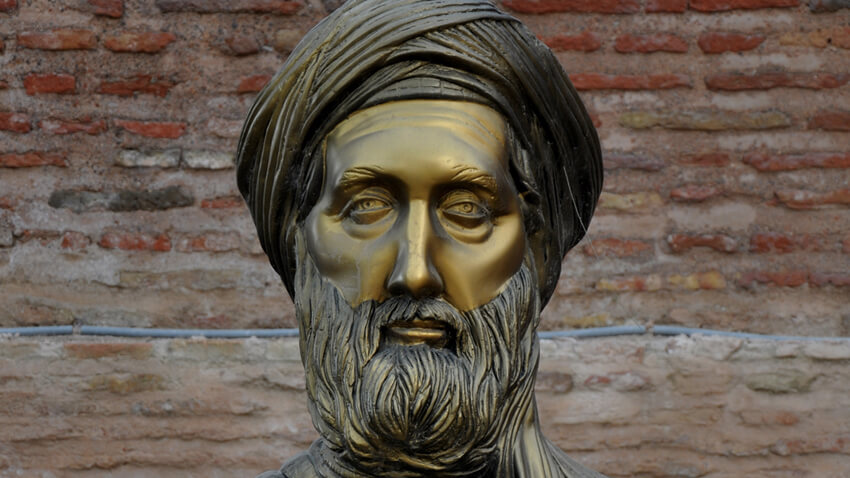 Why would the reading of a 14th-century African-Arabic text, Muqaddimah, and its author, Ibn Khaldun (1332-1406), be of interest to us in the 21st century? This question takes us to a wider discussion that will show how a pre-modern thinker made certain cogent and universal arguments about the relationship between political leadership and the complexities of pandemics. Ibn Khaldun’s Muqaddimah seems to be the first text that explained the intrinsic relationship between a political leadership and the management of pandemics in the pre-colonial period.

Khaldun explained why rulers must fear pandemics and be concerned about the management of public health and hygiene. As pandemics have indisputable capacities to shift the centres of power, Khaldun argued that rulers without administrative skills and rational temper would ruin their existence amidst the havoc wreaked by pandemics. Khaldun was a victim of ‘Black Death’, the catastrophic plague that devastated a number of royal courts, cultural communities and big cities across Europe, Asia and Africa in the mid-14th century. His ideas about post-pandemic situations certainly came from his witnessing how the inter-continental contagion annihilated the most powerful among the ‘nations’ in the 14th century.

Khaldun wanted the political leadership to understand that pandemics have the capacity to destroy civilizations, urban centres and rulers, irrespective of their prosperity and military superiority. According to him, contagions like the Great Plague “swallowed up many of the good things of civilization and wiped them out.” Historically, such pandemics had the capacity to overtake “the dynasties at the time of their senility, when they had reached the limit of their duration” and, in the process, challenged their “power and curtailed their [rulers’] influence...” Cities, buildings and houses “were laid to waste” and “roads and way-signs... obliterated” during the Great Plague, resembling what one is witnessing today. People moved from their settlement zones and many dynasties and communities “grew weak”. What we call ‘pandemic migration’ was a matter of destruction for Khaldun. He categorically asserted that rulers who don’t care about their vulnerable subjects during calamities caused the whole population to vanish.

Khaldun also linked the health of people with the intellectual health of rulers. For him, the real cure for diseases was a well-knit State under a wise political leadership. Unscrupulous rulers who pay scanty attention to medical care, air quality, water, food and hygiene make their fall inevitable. Thus, cities collapsed and dynasties fell as unwise rulers did not read the situation rationally; nor did they arrange medical care for the victims of epidemics. Khaldun, therefore, laid out various responsibilities for the State to ensure the health of the people, including arrangements for physicians working under adverse conditions.

Rulers who are only concerned with the well-being of their “inner circle and their parties” are an incurable “disease”. States with such rulers can get “seized by senility and the chronic disease from which [they] can hardly ever rid [themselves], for which [they] can find no cure”, and, eventually, be destroyed. Looking at the different functionaries of the State as the different organs of the human body, Khaldun enunciates that when senile rulers ruin the foundations of the nations they rule, “the feelings of the people of the dynasty become diseased as a result of the contempt in which they are held and the hostility of the ruler. They hate him and await the opportunity of a change in his fortune.”

To thwart calamities, rulers should possess certain qualifications. Khaldun recognizes wisdom, logic, honesty, justice and education as the most desirable qualities in a ruler. Only such rulers could become patrons of scientific knowledge, have scholar-friends, possess a mind for common good and generate employment. Such desirable qualities would ensure that the civilizational process is productive and that the recovery from the injuries of calamities are faster. Similarly, undesirable rulers are the ones who are loud-mouthed, self-indulgent, war-mongers and corrupt. They spend excessive money on self-promotion. The rulers who keep the company of wise ministers, bureaucrats, counsellors and scholars would be the ones who would tackle pandemics well, while the ones who keep ignoble entourage are bound to perish. They weaken the production of scientific knowledge and technology. People refrain from knowledge activities because such unscrupulous rulers fear rational negotiations based on science, medical knowledge and technological advancements. Analysing the relationship among knowledge, scientific temper, rational behaviour and a critical population, Khaldun was persuasive about constant improvisation of the sciences and technology as the two fundamental prerequisites for the survival of the State. A dispossessed intellectual class and the collapse of knowledge-producing communities could bring civilizational and dynastic decline. Therefore, the State has to provide material resources and infrastructures for the improvisation of scientific explorations. Adding a phenomenological coda to the Aristotelian idea of popular rationality, Khaldun argued that the moment ordinary men stopped thinking, rulers became autocrats and narcissists. The absence of a critical mass is what they desire the most as it permits them to impose their will from above. The Muqaddimah not only broadens our understanding of a particular political theory, but also positions the centrality of intellect in the survival of the State.

The incredulous attitude of many modern rulers towards Covid-19 shows that the Muqaddimah remains relevant. The unscientific measures to control the pandemic suggested by Donald Trump, the indifference of Boris Johnson, the absurdities of Kim Jong-un and the theatrics of Narendra Modi have revealed the universalism of Khaldun’s thoughts when it comes to the relationship among pandemics, good governance and a thinking population. Protected by the media and living among a pliant entourage, these leaders force us to wonder whether Khaldun had foreseen their emergence.