Pandemics bind the medieval to the modern 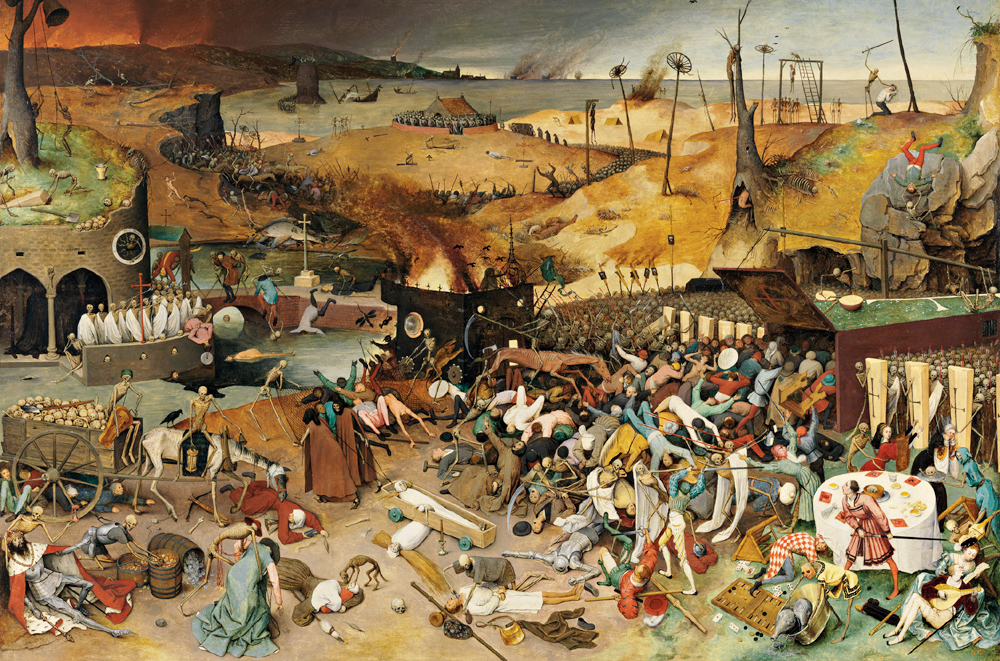 Virat Kohli was, apparently, diligent as a kid. During an interaction with youngsters on Cricket Connected, Kohli said that he seldom skipped homework in spite of the demands that the game put on his young shoulders. But homework can be a chore. Consider the task that the University Grants Commission has set for colleges and universities. Even though the higher education regulator should, ideally, play an advisory role, it has, in a letter, demanded that every campus should conduct — not one but — two studies. The first would examine how rural India is responding to the coronavirus pandemic; the second would research India’s response to the Spanish Flu outbreak that took place a little over a hundred years ago.

A member of the academic fraternity has described this exercise as “moronic”. The criticism is not unwarranted. Evaluating New India’s response with what colonial India did — or failed to do — could well be an insidious attempt to burnish Narendra Modi’s [mis]handling of the Covid-19 crisis. But this is not the only bone to be picked with the UGC. The Spanish Flu is far from being an ideal reference point to assess the scale of destruction of the Covid-19 pandemic or societal responses to contain such outbreaks. The Medieval Black Death, Mark Welford shows in his fascinating and instructive book, Geographies of Plague Pandemics: The Spatial-Temporal Behaviour of Plague to the Modern Day, can make a far more convincing claim of being the progenitor of Covid-19 when it comes to disruptions in an astounding range of human activities.

This is not to suggest that there aren’t any divergences between the two pestilences separated by almost seven hundred years. Records maintained in parishes suggest that the Black Death, a strain of pneumonic plague, killed between 75-200 million people in Eurasia and Africa with a frightening mortality rate: 60-70 per cent in Venice; 39-90 per cent in Montpellier; over 50 per cent in Suffolk, England; around 60 per cent in Florence and so on. Covid-19’s decimation in terms of human lives is expected to be modest in comparison. The coronavirus’s link to bats or such other vector species as pangolins remains specious at present; contrastingly, scientific evidence has uncovered the complicity of fleas in the spread of Black Death.

But the similarities between the two crises are striking, and Welford documents these convergent traits painstakingly. Wuhan in China unleashed Covid-19 on to the world; “[P]ossibly originating in China in the 1330s,” writes Welford, “it [Black Death] moved along caravan trading routes across Central Asia... before arriving... at the gates of [K]affa (Crimea).” Both outbreaks are truly global in scale. The novel coronavirus is now found in over 200 countries; it is merely following in the Great Plague’s footsteps that had marched along the Silk Road — as opposed to airports — to conquer three continents. There is even an ecological parallel. The medieval plague’s occurrence had been preceded, Welford discovers, by severe climatic turbulence, including volcanic eruptions, the melting of ice caps and unpredictable weather patterns; Covid-19, too, has reared its ugly spores at a time of unprecedented climate upheaval. The economic climates, too, are not dissimilar. The United Nations had noted not too long ago that inequality has afflicted as much as two-thirds of the globe today. In the Middle Ages, the gap in wealth and social capital between the landed gentry/ clergy and the serf was as formidable.

Virus-afflicted India has witnessed its right-wing constituency using the Tablighi Jamaat controversy as a stick to beat — figuratively and literally — Muslims with. Even this mutation of the virus — from a medical to a social pathogen — is not unprecedented. Welford estimates that in the time of Black Death, anti-Semitism led to the extermination of as many as 210 Jewish communities by 1351 “across German-speaking Europe, France, Spain and the Low Countries”. There are other, shared sufferings. The serfs, like their migrant brethren in India, had escaped medieval cities, causing a shortage of labour in centres of production. India, too, is experiencing this kind of reverse migration.

The Black Death altered the countenance of cities. In one of the first recorded instances of mass quarantine, Milan shut itself from the world in 1348. Welford does not quite tell us if the Milanese had banged utensils in support of the lockdown. But quarantine, of city and self, is, unlike the coronavirus, not quite novel. Fashion changed, then and now. Sartorial design, Welford argues, acquired a distinct gendered edge after 1340. Today, clothes are transitioning towards uniformity, with the mask becoming de rigueur. The push towards an online curriculum precipitated by the coronavirus has a resonance in medieval universities — the University of Florence was one example — accommodating fresher ideas and new curriculum that culminated in the Renaissance.

Astonishingly, even Donald Trump figures in this comparative analysis. The Fantastic Mr Trump has alleged that Covid-19 could well be a rogue biological weapon that escaped its Chinese handlers. Genoese traders would agree; history tells us that they were the first victims of biological warfare. During the siege of Kaffa, the attacking Mongol army was being snuffed out by the plague. But then Jani Beg, the Khan, retaliated by catapulting the decaying corpses of his soldiers over the city walls, infecting the Genoese.

This list of similarities should convince the UGC that the analogy between Black Death and the (new) Big C is not implausible.

Writing in 2018, Welford, in a prescient passage, even predicted the possibility of a “newly emergent influenza pandemic”. But what he does not answer — or question — is whether pandemics that transcend time and space merit an investigation of not just mortality but also morality. For each epidemic has not only exposed the perils of human hubris — a near-fatal, false sense of infallibility — but also proved that viruses fatten themselves on cleavages: economic, ethnic and religious.

Dexamethasone may turn out to be effective against Covid-19. But can it cure the strains that have infected, poisoned, our moral code?