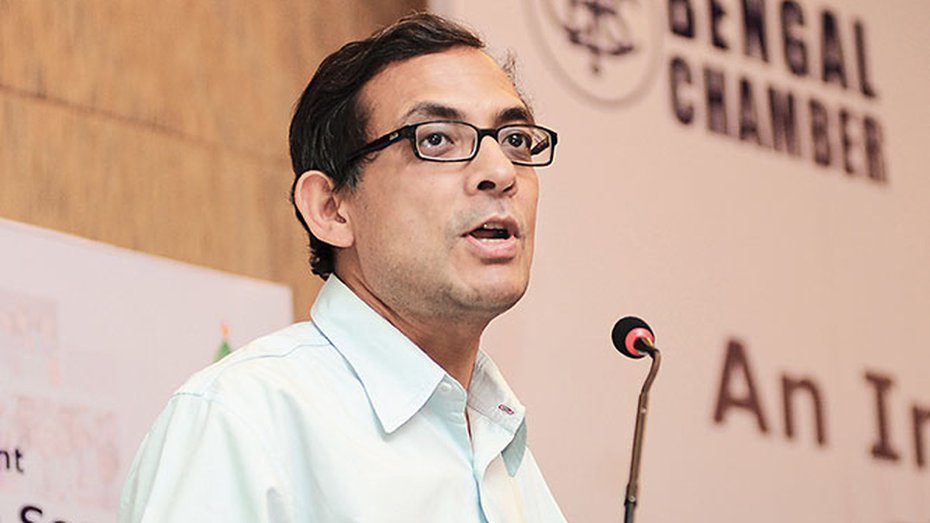 A strong leader need not lead to the strengthening of governance, especially at the time of a pandemic. This is one of the inferences that can be drawn from the interaction between Abhijit Vinayak Banerjee, a Nobel laureate, and the Congress leader, Rahul Gandhi.
PTI
The Editorial Board   |     |   Published 14.05.20, 10:45 PM

A strong leader need not lead to the strengthening of governance, especially at the time of a pandemic. This is one of the inferences that can be drawn from the interaction between Abhijit Vinayak Banerjee, a Nobel laureate, and the Congress leader, Rahul Gandhi. Mr Banerjee’s emphasis on the devolution of powers — presumably greater involvement and empowerment of local institutions — in a world struck down by the coronavirus has been echoed elsewhere. David Nabarro, the World Health Organization’s special envoy on Covid-19, stated that the key to succeeding in a globe that would have to learn to co-exist with the virus would be empowerment and capacity-building of local governments. Several chief ministers of states ruled by Opposition parties have made similar demands during their interactions with the prime minister, expressing their concern at the pressures being brought on India’s federal apparatus.

The belief that a strong leader can protect a country from a pandemic has, as Mr Banerjee pointed out, been disabused. The United States of America, the United Kingdom and India, nations that have been mesmerized by robust, charismatic leaders, have faltered in their management of the disease. A non-centralized approach offers distinct advantages in the Indian context. For one, it leads to efficient governance at the roots — this may have been Mr Nabarro’s message. States — Kerala is an example — are in a far better position to formulate containment strategies on the basis of their knowledge of local needs and conditions. The role of the Centre, ideally, should be that of a facilitator of money and material. The spirit of decentralization is also complementary to accountability. The states have alleged that their fair demands of greater fiscal assistance — will the Centre’s relief packages replenish their depleted kitties? — the payment of pending goods and services tax compensation and greater autonomy in the decision-making process in the management of the pandemic have often fallen on deaf ears. There are fears that the Central apathy — disdain — has a political dimension. The chief minister of West Bengal has said that her state has been at the receiving end of vilification by the Bharatiya Janata Party, which is itching to wrest power from the ruling Trinamul Congress. It would be disastrous for the health of the people and the country if petty politics is allowed to take precedence over federal unity.