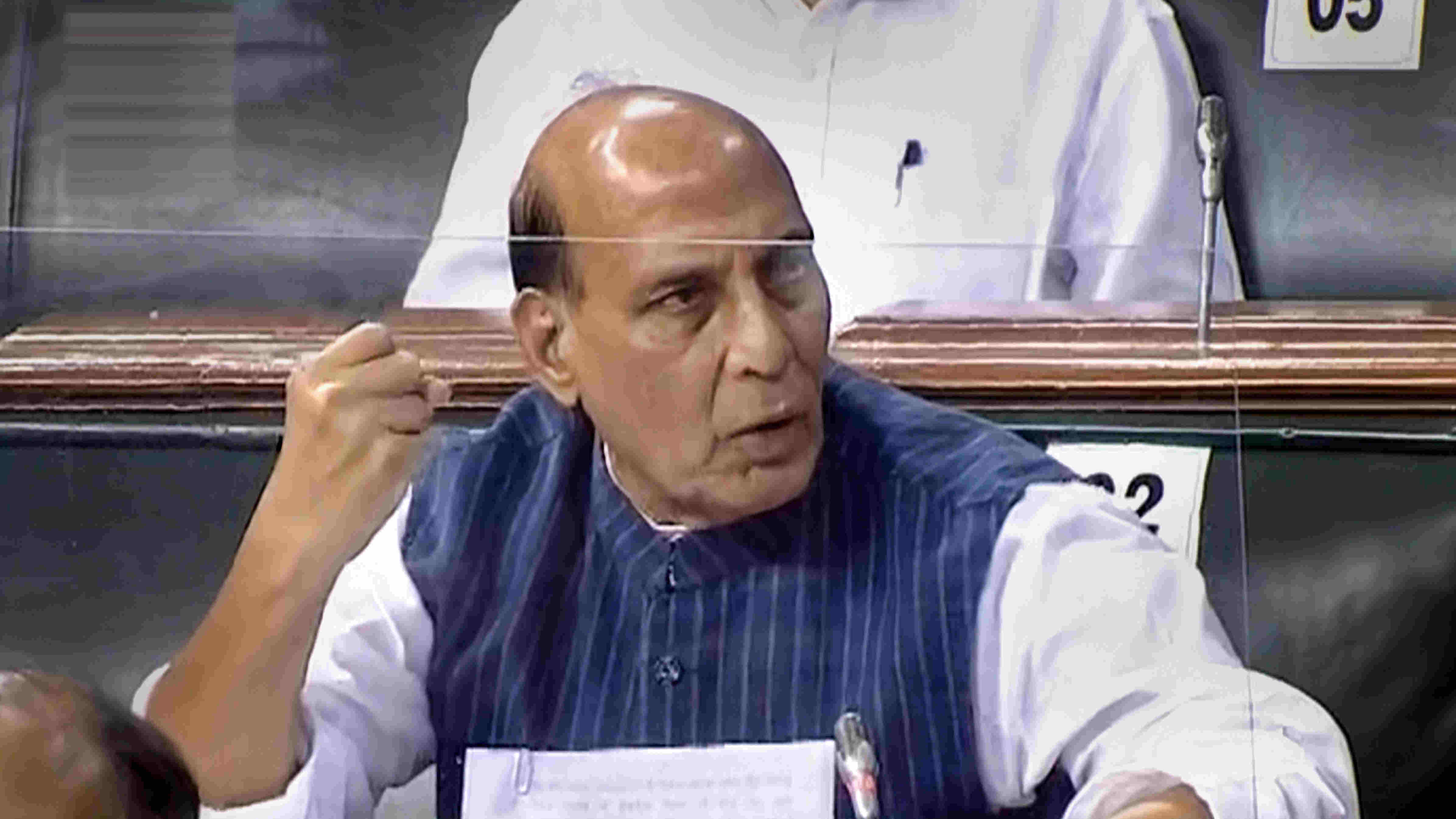 What is left unsaid, at times, says a lot more than what is actually uttered. In a statement to the Lok Sabha, the Union defence minister, Rajnath Singh, stated that China has amassed a formidable number of troops along the Line of Actual Control and — this admission is significant — in “inner areas”. Mr Singh’s sombre tone was in sharp contrast to the bragging tune adopted by some influential figures, including the prime minister. Mr Singh may have been comparatively transparent than Narendra Modi who has, so far, not issued a substantial statement on a matter concerning national security. But Mr Singh, just like Mr Modi, was also being evasive. He did not, for instance, elaborate on what these “inner areas” are; there is no word yet on the restoration of status quo ante along the LAC; neither did he explain the details of the fateful night that cost the lives of Indian soldiers or, for that, matter, why New Delhi proceeded to sign a loan agreement with a financial institution that has Beijing as its biggest stakeholder only four days after the death of its valiant soldiers. The Centre’s admission of accepting financial assistance from a Chinese-controlled bank would certainly take the sting out of its rhetoric of an economic retaliation against Beijing manifest in the banning of Chinese apps.

The bunglings of Mr Modi’s government on China are now fairly evident. The government is speaking in many tongues, with the statements of the defence minister or of the army countering those made by the prime minister, only to be refuted, in turn, by the home ministry. The inability to speak in a transparent, unified voice on the part of a government that supposedly prioritizes unity is shocking and shameful. Sowing the seeds of confusion, even though it casts the government in poor light, may not be an entirely innocent exercise. The multiple signals would, the Centre may be hoping, deflect public attention and enquiry. Mr Modi’s government has been busy stonewalling questions raised by the Opposition during the current session in Parliament. The Opposition, even in its fragmented state, must now take the responsibility of mobilizing public opinion, forcing the Centre to come clean on the matter. Truth — history is a witness — has a way of prevailing over falsity. The accompanying political costs of disclosure, Mr Modi should remember, are not insubstantial.