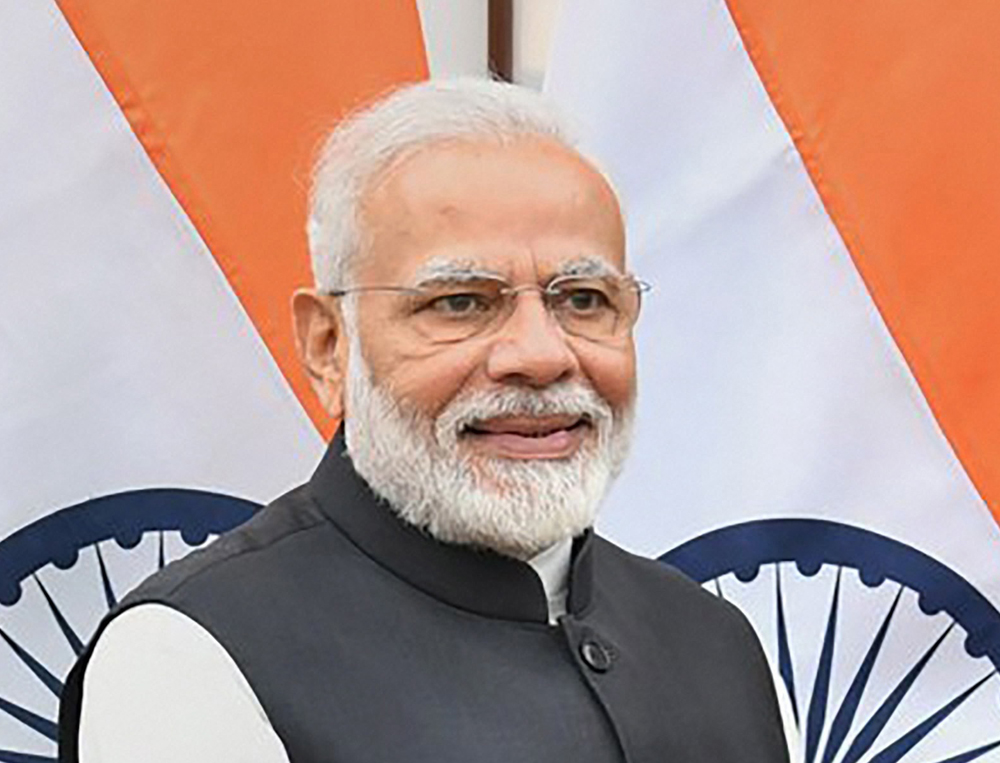 Narendra Modi and his party have begun, in all earnestness, the transformation of the republic into a majoritarian democracy
(PTI photo)
The Editorial Board   |     |   Published 17.12.19, 07:14 PM

Theatre is seldom absurd. It is an art that mirrors reality. Of course, the reality is, more often than not, quite dismal. It is perhaps not surprising that a school in Karnataka run by a senior leader of the Rashtriya Swayamsevak Sangh got its pupils to re-enact the demolition of the Babri Masjid at a function that was graced by several dignitaries. It is possible that the Supreme Court’s recent verdict, in which it decided to hand over the disputed plot in Ayodhya for the construction of a Ram temple, may have served as a source of inspiration for this school production. The school authorities have come up with an ingenious explanation. Their argument is that the plot centred around the entire chronology of events associated with the Ram Mandir movement, beginning with L.K. Advani’s rath yatra to its culmination in the apex court’s ruling, and that highlighting a particular episode — the demolition of the mosque that India’s highest court had described as a wanton act of destruction — would be unfair. Strangely, even the Bharatiya Janata Party that is now back in power in the state has remained unmoved in the face of such innocence. Some members of the governing body of this institution have been booked by the police. Was the motive then mischievous?

The polarizing project has mostly gone unpunished. It has been an old ploy in the sangh parivar’s script of fomenting hate and division. This family evidently believes that the enterprise of ideological indoctrination should begin early, preferably during the formative years of life. Why else were school children of a secular republic chosen for a play that goes against India’s tradition of pluralism that is, under the BJP’s watch, in serious trouble? Unfortunately, divisive policies are known to yield substantial political benefits. So much so that armed with a renewed electoral majority, Narendra Modi and his party have begun, in all earnestness, the transformation of the republic into a majoritarian democracy. The Citizenship (Amendment) Act, which bars Muslim refugees from three neighbouring nations from claiming Indian citizenship, is the most recent example of the BJP’s exclusivity. However, it must be conceded that there is considerable public support for Mr Modi and his vision. Can this collective endorsement be attributed to the long history of the indoctrination of young minds in select educational institutions? The inability to prevent this slow poisoning should count as secularism’s greatest failure in the Indian context.

‘Polarisation’ on lips of Archbishop