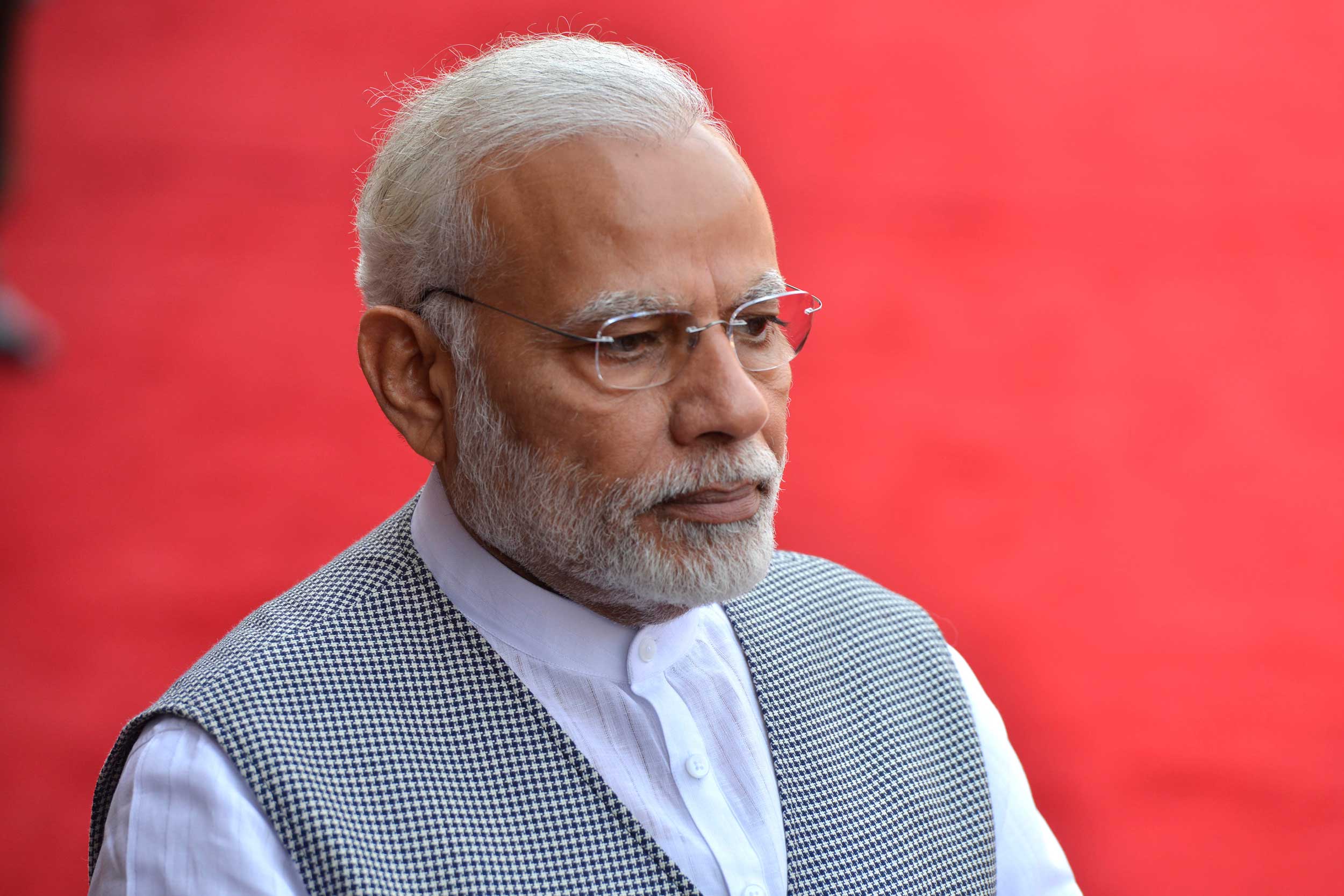 Corruption has been swatted away, claims Prime Minister Narendra Modi, who likes to project himself as a crusader against this vice. Mysteriously, India’s improvement on the corruption perception index has been minimal under his watch.
(Photo by Prem Singh)
The Editorial Board   |   Published 02.04.19, 03:23 AM

The shadow has been falling rather consistently between word and deed during the reign of the National Democratic Alliance government. The Centre has been claiming that the economy is chugging along; statistical institutions and economists, however, have found evidence of its derailment. Corruption has been swatted away, claims the prime minister who likes to project himself as a crusader against this vice. Mysteriously, India’s improvement on the corruption perception index has been minimal under Narendra Modi’s watch. The most indisputable evidence of the yawning chasm that separates Mr Modi’s promises from performance has been provided by Kashmir. Terrorists, the prime minister thundered at an election rally in Jammu, apparently think ‘a hundred times’ before crossing over into India. In spite of Mr Modi’s vast knowledge on most matters, the prime minister seems to be on a sticky wicket here. The data put out by the home ministry are enough to pummel Mr Modi’s assertion. Official figures suggest that violence related to militancy has risen more than three-fold in the last five years; successful infiltration attempts by militants — terrorists are, evidently, not having second or, for that matter, one hundred thoughts — have risen above 40 per cent. There were 614 terrorist-related incidents in the state in 2018, making it the bloodiest year in a decade. Yet, Indians must believe that all is well in Kashmir. The evidence notwithstanding, has not the prime minister caught the whiff of fear among militants?

Of course, Mr Modi and his party are inimitable when it comes to tweaking grim realities. The sleight-of-hand is necessary to deflect public attention from monumental failures of which there have been several. Kashmir, once again, bears proof of this. The implosion of the BJP’s opportunistic alliance with the Peoples Democratic Party seems to have further alienated the citizens from the democratic process. The unrest and blood-letting — the militants claim to have public sympathy — are manifestations of a severe disenchantment. One of the reasons that explain Kashmir’s precipitous slide is the BJP’s sheer inability to resolve a knotty problem. Dialogue, patience, accommodation hold the key when it comes to disentangling the knots. But Mr Modi only knows how to put muscle over mind. But all that muscle-flexing, the home ministry information suggests, has not been enough to keep militants at bay.