In praise of Indian mothers 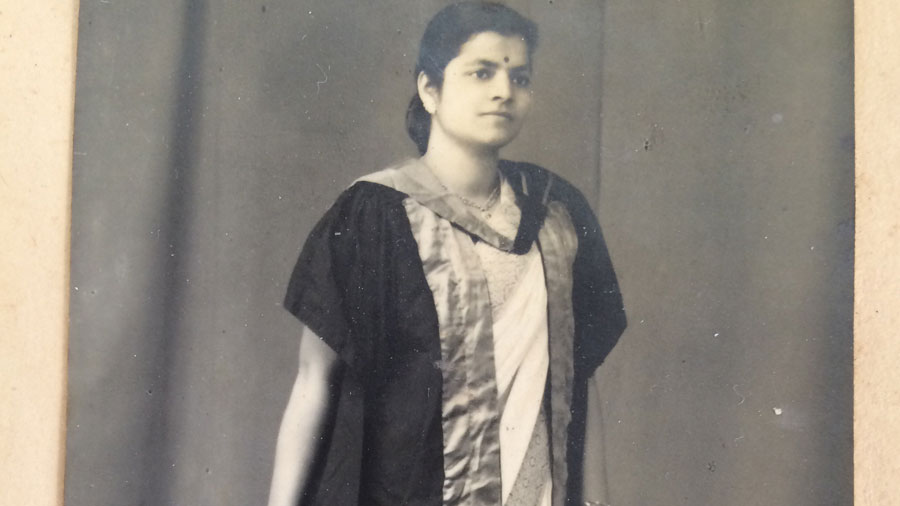 In this silly season for chauvinism, we might arrive at a better sense of ourselves by turning from the metaphors that we gesture at to people who we know, which is to say, from Mother India to our Indian mothers.

Chandrakanta was born 98 years ago today in a town called Gujranwala. Gujranwala is in Pakistan now and it was a matter of mild wonder to her children that she was born in enemy country. Ancestrally, though, her home was Delhi. She was brought up in Shahjahanabad in an old house off the main Chandni Chowk road, called Haider Quli ki Haveli. Her paternal ancestor, Munshi Nathmal, a clerk in the Mughal emperor's service in 1857, turned his coat at just the right moment and his descendants prospered modestly. Her father studied at St Stephen's College in Kashmiri Gate and then became a lawyer.

She wanted to follow her father into the law but Bishan Narain didn't let her. Delhi didn't have a high court at the time and he couldn't let a daughter of his practise in the squalor of the lower courts in Tis Hazari. Looking back from the vantage point of recent events in the district court in Patiala House, it's hard to blame him.

So Chandrakanta turned from the law to science. She went to Hindu College because, unlike St Stephen's, it was a progressive institution that allowed young women to enrol for bachelor's degrees in science. Being a science student and a young woman at once wasn't easy. She was one of two women in a large class and her lecturers dealt with their disruptive presence by pretending that they didn't exist. She and her older sister (who was studying economics at her father's college) took a tonga to Kashmiri Gate every day and every day loitering men whistled and jeered them on. She never subscribed to the easy idea that it was Partition and the influx of Punjabis into Delhi that made the city a rowdier place. Delhi as she remembered it had always been a dangerous place for a woman.

She acquired two names in Banaras when she went to Banaras Hindu University to do her Master's degree in physics. The BHU authorities required a surname and she had only ever had the one, Chandrakanta. They solved the problem by taking the second half of her father's name and attaching it to hers and so she became Chandrakanta Narain. Her father let it be known that she was living with relatives in Banaras because respectable women didn't live in hostels and in this, semi-furtive way, she acquired a Master's degree.

Physics wasn't a vocation - she always regretted that lost career in the law - but it was a challenge for an Indian woman in the 1930s and she was up for that. So she did the logical thing and moved to Allahabad for her doctoral work. The physics department at Allahabad University was an extraordinary place at the time. Meghnad Saha was its first head and when he left in the late 1930s, the great Erwin Schrödinger would have succeeded him if it hadn't been for the outbreak of World War II. The man who did succeed him was another distinguished Indian physicist, K.S. Krishnan, F.R.S.

Her doctoral thesis was in the area of acoustical physics and it was examined by C.V. Raman. This wasn't quite the triumph that it sounds because Raman decided it wasn't good enough and 'referred' it, which is viva jargon for 'make it better and re-submit'. Fortunately this didn't need too much work; her supervisor realized that her list of references didn't include a 1934 article by Raman on 'Indian Musical Drums'. Once this was incorporated, the re-submission went smoothly. The great man passed her and she became Dr Chandrakanta Narain.

There is a photograph of my mother in a gown holding her degree scroll. It was taken at a studio in Allahabad that claimed its photographers could, with artful lighting, turn plump women into apsaras. My mother, who was plump, had her picture taken there with no real expectation of being slenderized, but the studio delivered: posed, not quite side on, but at a slight angle, she looks very nearly svelte.

Her first taste of metropolitan freedom was, she used to say, Lahore. She moved from Allahabad to Lahore to teach physics at an undergraduate college for women. After the hemmed-in, provincial world of Delhi, Banaras and Allahabad, Lahore was a wonderful place to be a single working woman. She could walk about with her friends after dark without exciting comment and, best of all, she learnt how to cycle. She had always wanted to learn but in the staring, leering streets of the towns she had known, there hadn't been the opportunity. In Lahore, nobody cared and in that fine milieu of urban indifference, she learnt to teeter along on two wheels.

She returned to Delhi because the turbulent Forties had made her father fearful. Here she met my father for the first time in a marvellously named institution, the Dictionary Office. The Dictionary Office was an encyclopedic enterprise responsible for compiling a source book of information about India called The Wealth of India. Chandrakanta was meant to help with the scientific entries; my father, Kesavan, recently arrived from Maharaja's College, Mysore, where he had taught literature, was charged with Englishing great gobbets of information into readable prose.

Predictably, she was the first woman to join the Dictionary Office. My father had a story about his first glimpse of her which, like family stories, we became familiar with through many retellings. It goes like this. He and his colleagues were curious about the new recruit, so they were lined up on the first floor's balcony when my mother's tonga arrived. The tonga slowed and stopped, my mother rose - and this was the point at which everyone laughed - the horse reared up on its hind legs because of my mother's destabilizing weight. It couldn't have been that funny after the first few tellings, but she took it in good part and in the context of that time, it was generally seen as a good story.

Theirs was an unlikely love story. She was an over-educated north Indian woman, headed for spinsterhood and he was a Madrasi English teacher starting over again in Delhi after a failed first marriage. By the time they got married in 1953, the world had changed. India was a republic and Lahore was another country.

It was in some ways a conventional life. She raised two sons, took her husband's name like she had taken her father's and became Chandrakanta Kesavan. She joined All-India Radio as an acoustical engineer and worked there till she retired.

Her career was constrained by the routine sexism that all women encounter in male preserves, made worse by the fact that she was something of a pioneer. It must have irked her but she didn't complain.

In every other way, she was Superwoman. She worked a demanding nine to five job, drove a car, ran the household, controlled its finances, cooked, sewed, knitted and, finally, built a house for her family. My father had the career, she had a job. It wasn't a perfectly fulfilled life - few lives are - but it was a remarkably productive one.

She was a Gandhian nationalist who thought Gandhi treated his wife abominably. She wore khadi saris with military neatness through every summer without expecting anyone else to follow suit. She loathed the Jan Sangh for its bigotry and despaired of the Congress after the Emergency. She was quietly religious and wholly appalled by the BJP's campaign to raze the Babri Masjid. She knew, without Benedict Anderson having to teach her, that a nation was an imagined community; she had had, like many of her generation, a ringside seat on its imagining.

She took her children to every Republic Day parade because the republic, for her, was a miracle that needed celebration. She tried, every day of her life, to be a solid citizen. But I never once heard her say "Bharat Mata ki jai" and I would have given a great deal to see Rajnath Singh or Arun Jaitley trying to make her chant it as a litmus test of her patriotism.

Memo to the BJP: we all have mothers we are proud of. Should you feel an overmastering urge to shout a slogan, let it be this one: Bharatiya mataon ki...