A case for intelligence reforms

Upgrades in military alone not enough to prioritise national security 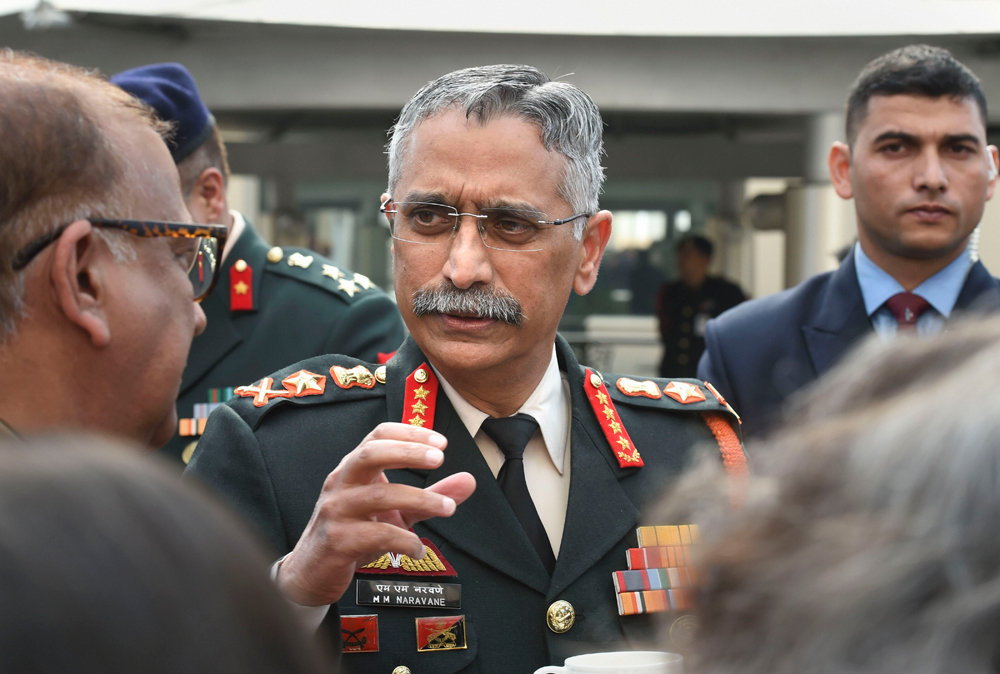 No army has ever won a war without quality intelligence — a point that was highlighted by India’s new army chief, General M.M. Naravane, just before he took charge.
(PTI photo)
Subir Bhaumik   |   Published 29.01.20, 06:41 PM

In creating the office of the chief of defence staff, India has taken the first bold step towards military reforms that are expected to qualitatively improve combat performance through integrated military planning as well as a higher degree of jointness in military operations. But much remains to be done. The creation of integrated theatre commands seems to be the next logical step, and boosting the level of domain expertise in the ministry of defence is the need of the hour. However, military reforms by themselves cannot provide India with an efficient fighting machine. No army has ever won a war without quality intelligence — a point that was highlighted by India’s new army chief, General M.M. Naravane, just before he took charge.

“Military operations and intelligence go hand in hand. In fact, whenever we have an operational briefing, it always starts with ‘khabar dushman ke bare main’ (news about our enemies) and that ‘khabar’ is what we get from our intelligence operatives,” Naravane said. Military reforms should thus go hand in hand with reforms in Indian intelligence.

The Narendra Modi government, which claims to prioritize national security, is yet to take any concrete steps towards intelligence reforms. In 2012, the Institute for Defence Studies and Analyses published a report on intelligence reforms in India. The study team was headed by the former Research and Analysis Wing special secretary, Rana Banerji, who is an expert on Pakistan and Central Asia. The comprehensive report advocated a paradigm shift towards holistic modernization of the current Indian intelligence structure by bringing in radical changes in the existing intelligence culture. The immediate trigger seems to have been the “intelligence failure” that led to the 26/11 terror strike in Mumbai, although this writer has good reasons to believe the failure had more to do with the national security adviser not heeding the R&AW’s repeated alerts about a possible terror strike on the city from the sea.

Some of the key recommendations made by the IDSA report are for intelligence agencies in India to be provided a legal-framework for their existence and functioning; for their functioning to be brought under parliamentary supervision and scrutiny. The report also suggested that extensive reforms must be carried out in the recruitment and training processes of intelligence personnel, their pay structures and career progression to attract the best talent available in the country. The recruitment to these agencies, it was advised, should be broad-based so that domain experts from different areas of science and technology, infotech and communications could be brought in, rather than reserving the top echelons of these agencies exclusively for members of the Indian Police Service. According to the IDSA, the vexed issue of the relationship between the civilian intelligence agencies and the armed forces should be put on an even keel so that there is greater interaction between the two segments of government apparatus. There should also be a single authority exercising supervisory and other control over the intelligence agencies. It could be the national security adviser in a modified role, a director of national intelligence or even a minister for national intelligence answerable to Parliament.

Among those who were extensively consulted by the Banerji-led IDSA task force is the current NSA, Ajit Doval. After emerging as the undisputed intelligence czar of the Modi regime, it falls on Doval — a former Intelligence Bureau chief known for his operational prowess in the agency — to kick-start the process of intelligence reforms. The IDSA report has much in it to show the way but there is an important difference in priorities that should be kept in mind.

Military reforms are focused on structural changes — the creation of the post of the CDS above the three service chiefs, possibly followed by the creation of integrated theatre commands. Intelligence reforms, on the other hand, will involve heavy-duty reforms in both structure and process, especially in the recruitment process. This is not to suggest that police officers do not make good intelligence officers — some of India’s best spymasters like R.N. Kao, K. Sankaran Nair, P.N. Banerjee and Ajit Doval all started off in the IPS — but no important power in the world reserves the top echelons in its intelligence apparatus for policemen, many of whom move back and forth between Central intelligence agencies like the Intelligence Bureau and R&AW, and the state police. Take, for instance, the former R&AW chief, P.K. Hormis Tharakan, to the slain hero of 26/11, Hemant Karkare; such examples abound. It is a huge waste to train a police officers for policing, then to train him or her for intelligence work only to find out that many cannot deliver.

Intelligence should neither be police-driven as in India nor military-driven as in Pakistan or Myanmar. In the intensely competitive world of global espionage, agencies need to draw the very best from many fields. The least that the government could do is create a separate cadre like the Indian Secret Service and tailor exams to get the best brains in the country. After common basic training, the best of the lot can go on to join the National Technical Research Organisation and the Research and Analysis Wing, while the rest can be inducted into the Intelligence Bureau. There has to be room for lateral entry to fill up specialist positions, especially at the analysis desks.

India's strategic challenges in the near future will be naval, not continental