Advertisement
Home / Odisha / 10 years on, Kandhamal still needs be exorcised of its communal past

10 years on, Kandhamal still needs be exorcised of its communal past

In 10th year of the Kandhamal horror, a look at the injustice and prejudices that flame on, unresolved 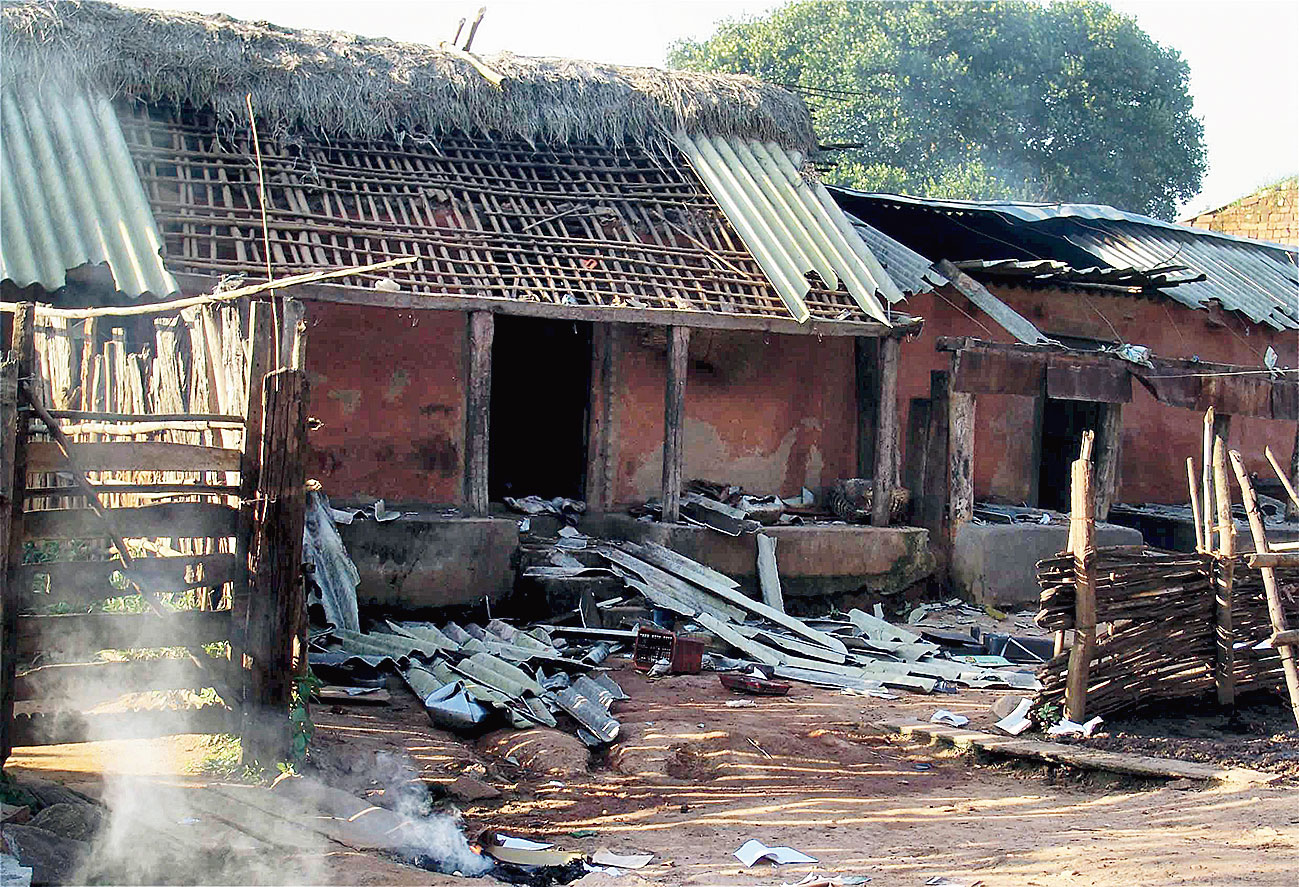 The night was not quite a night of long knives. Ten years ago, the knives — a metaphorical allusion to murder, rape and arson — were unsheathed for months, from August to December, in Odisha’s hilly Kandhamal region. It was one of the worst instances of targeted and sustained violence against Christians and Dalits allegedly by Hindutva’s foot soldiers, apparently to avenge the killing of Swami Laxmanananda Saraswati.

This August, the Christian community got together in Bhubaneswar to participate in a mass for the sake of reconciliation. Ajay Singh, a priest and rights activist, is circumspect about the idea of reconciliation. “How does one forgive some of the horrors that were perpetrated,” asked Singh, before going on to elaborate on some of the incidents that haunt him still: a nun, an Adivasi, attacked by a crowd comprising tribal people in a village block; a Dalit Hindu girl gangraped in Tikabali because her Christian relatives refused to re-convert to Hinduism; a father forced to request his son, a priest, to renounce his faith.

When pieced together, these snippets expose the true extent of the damage that was done in this corner of Odisha. In their book, Kandhamal: Introspection of Initiative for Justice, 2007-2015, lawyer Vrinda Grover and researcher Saumya Uma have put the toll thus — 75-100 citizens were murdered, 600 villages and 295 churches were destroyed, 54,000 people were left homeless and about 2,000 were forced to renounce Christianity. Other estimates, such as the one put together by investigative journalist Anto Akkara, an old Kandhamal hand, corroborate those numbers.

Singh attributes the germ of the violence to the history of polarisation in the state. “If we need to understand Kandhamal, we must look back to the time that witnessed such episodes as the passage of the anti-conversion law in Odisha as well as the ban on cow slaughter. We must also remember that in 2006, two years before the violence, Golwalkar Jayanti had witnessed the presence of ministers of the then ruling dispensation.”

Kandhamal may have been the product of a slow but steady erosion of an inclusive social fabric. But Singh insists that one cannot rule out caste when analysing the cause. “Caste was certainly an instrument for leverage. Most migrants belonged to an affluent mercantile community and the Dalits and Christians who were the victims were dependent on these settlers economically. The capitulation of the business community to sectarianism must also be looked into to understand the mechanics of the riots,” said Singh.

Akkara, unlike Singh, has his eyes fixed on the present. In the course of our conversation, he iterated that his battle for justice for the victims had meant he ruffled rather influential feathers. “Please go through my books on Kandhamal as well as the interviews that I have given. You will know what the truth is,” asserted the journalist.

Ironically, Akkara is speaking about the subversion of truth. One of his books, Who Killed Swami Laxmanananda?, exposes numerous infirmities in the investigative process. The first batch of people the police arrested for the swami’s murder included a 13-year-old; the traumatised victims were let off for the want of evidence after 40 days. Soon, a second set of 'killers' was apprehended, writes Akkara. All of them were Christians from Kotagarh, a remote hamlet, and among them was a mentally challenged youth. Akkara also revealed that a fast-track court judge, who had described the investigating officer’s conduct as “deplorable”, was transferred before the verdict was delivered. Seven Christians were convicted, a decree that Akkara continues to contest and fight against.

Akkara is not alone when it comes to suggesting that the narrative in Kandhamal is based on collusion between the State and a divisive ideology. Grover and Uma have identified some of the tactics that are usually adopted to aid the travesty of justice. The constitution of hollow commissions as well as the filing of cases against the victims to discourage depositions are among the preferred strategies.

And perhaps herein lies the importance of Kandhamal. Justice, reconciliation and the rehabilitation of the survivors of the butchery are integral to burying Kandhamal’s nightmare. However, a real exorcism is predicated upon India’s willingness to confront the modus operandi of the spectre of communalism that Kandhamal had exposed a decade ago: an unfortunate murder, incitement, reprisal and cleansing of those perceived to be the Other.

Yet, it is evident that the reconstructions of Kandhamal by courageous rights activists, journalists and others are not quite representative. They all suffer from one common paucity: the absence of the voice of those who are culpable in the killings. While researching for this particular piece, numerous attempts were made to establish contact with perpetrators in Kandhamal. But none was willing to speak.

It is a silence that Manoj Naik, a lawyer who provides legal aid to victims, is aware of. In 2010, Naik was approached by the Evangelical Fellowship of India to provide legal assistance. “I do not know what is on their mind,” confided Naik, who is now based in Bhawanipatna.

By “their”, Naik presumably meant those with blood on their hands. Until we hear their stories, their grievances, real or imagined, until we learn about the method of their indoctrination, the fire in Kandhamal, and in India’s other incinerators — Nellie, Ayodhya, Muzaffarnagar, Godhra, Delhi — would continue to simmer.