721 persons were put under home quarantine till now 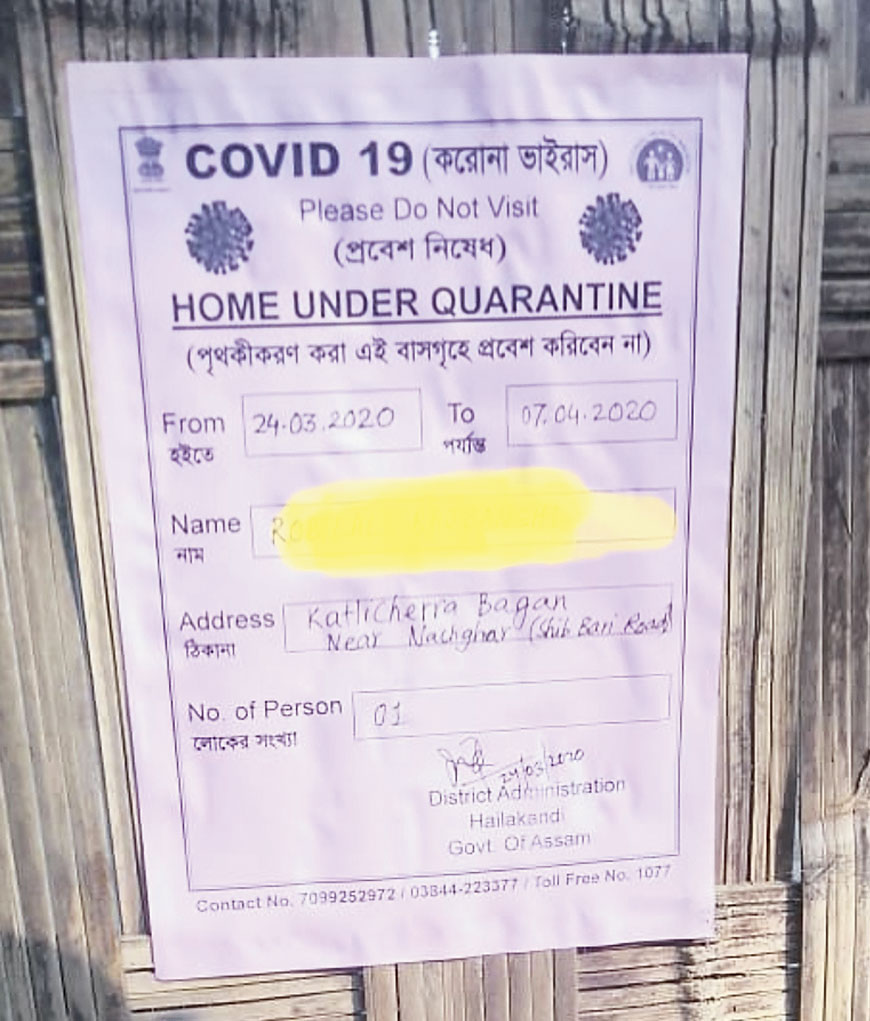 An FIR was filed here on Tuesday against a boy who came from abroad and his father, a government employee, has been showcaused for not reporting to the authorities.

Health department authorities here said 425 persons were put under home quarantine on Tuesday. With this, the total number of home-quarantined persons has risen to 721.

A total of 115 surveillance teams were working in the field on Tuesday.

The administration has geared up to enforce a lockdown in the district. It warned of stern action, including imprisonment of up to two years for violating the order.

Deputy commissioner Keerthi Jalli said the administration would enforce the order of the state government across the district. “Anyone violating the order will not be spared,” she added.

The administration has filed an FIR at Hailakandi Sadar police station under Section 188 IPC against the youth who arrived from abroad on Monday and did not report his arrival at the nearest police station or health centre.

Department action for immediate suspension will also be taken against the father, Taz Uddin Mazarbhuiya, a government employee, for concealing information.

Mazarbhuiya, a resident of ward three of the town and a secretary of Monacherra gaon panchayat, has been served a showcause notice by the chief executive officer of Hailakandi zilla parishad. He has been warned of stringent action and asked to reply to the showcause notice within 24 hours.

The boy had come from China, a neighbour said.

The family members misled the magistrate and police personnel that he would arrive after three days.

On inquiry it was found that he had already reached home, said a high official. A rapid response team, headed by the circle officer, Hailakandi, Tridip Roy, swung into action. A senior police official said an arrest warrant was issued against the boy for concealment of information. He was apprehended and sent to Silchar Medical College and Hospital for screening.

A case has been registered against him in Hailakandi sadar police station under Section 188 and investigation is under way, the official said.