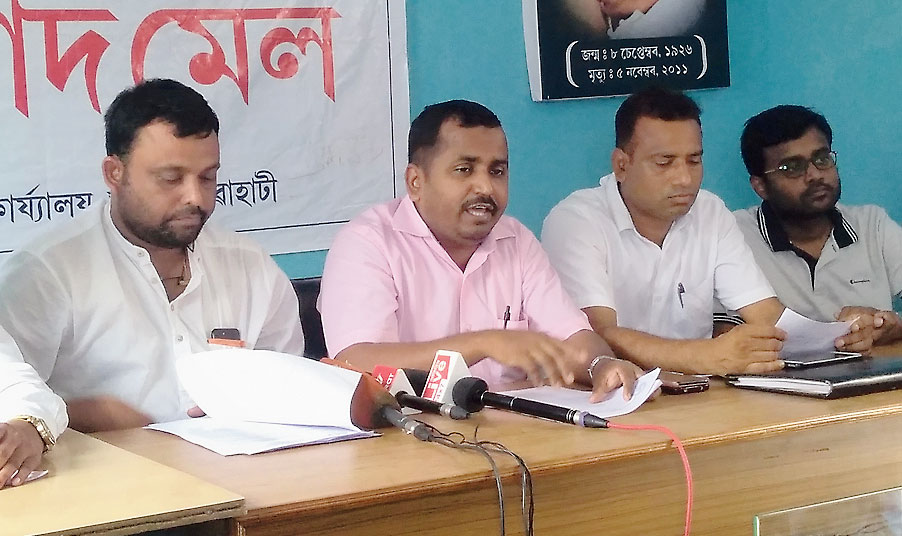 The All Assam Minorities Students’ Union (AAMSU) has sought a uniform code to regulate the procedure of foreigners tribunals in Assam.

AAMSU adviser Azizur Rahman on Saturday said because of “lack” of uniformity in procedures followed by the tribunals, common people as well as lawyers contesting their cases are facing harassment.

Following a Barpeta Lawyers’ Association’s decision, advocates had boycotted proceedings of foreigners tribunals in the district in April to protest against the system allegedly not following a uniform set of rules and procedures.

Rahman said the tribunals were given power to regulate its own procedure for disposal of cases, which has made a section of tribunal members function in an “autocratic” manner.

The AAMSU has opposed the recent amendments made to the Foreigners (Tribunals) Order, 1964, which laid down the modalities for the tribunals to decide on appeals made by those not satisfied with the outcome of claims and objections filed against the NRC.

“It gives the tribunal members power to reject an appeal outright without any hearing if they feel it was devoid of merit. We want the government to make it mandatory for the tribunal to hear an appeal before rejecting or allowing it,” he said.

Rahman said it was wrong on the part of the government to vest tribunals with such unfettered powers, particularly when some of the tribunal members were found to passing “arbitrary and biased” orders.

To buttress his point, he cited the case of Md Sanaullah, a retired army personnel, who was declared a foreign national by a foreigners tribunal at Boko in Kamrup district even after furnishing documents showing that he had served the army for 30 years.

“There are many others like Sanaullah, mostly religious and linguistic minorities, who were declared foreigners and sent to detention camps because of arbitrary orders passed by the tribunals,” he added.

The AAMSU has also demanded an appellate authority to challenge the tribunal orders.

“Those aggrieved by the orders of the tribunals have the only option of filing a writ in the high court and it is not always possible for the poor and illiterate to approach the high court owing to expenses involved in hiring a lawyer to argue their case,” he said.

Rahman said they will submit memoranda to Assam chief minister Sarbananda Sonowal, the Union home ministry and the Chief Justices of the Supreme Court and Gauhati High Court, seeking fulfillment of their demands.

“If our demands are not met, we will take up agitation programmes like Detention Camp Bharo Andolan and fast unto death,” he added.