Through icy winds, trek for democracy 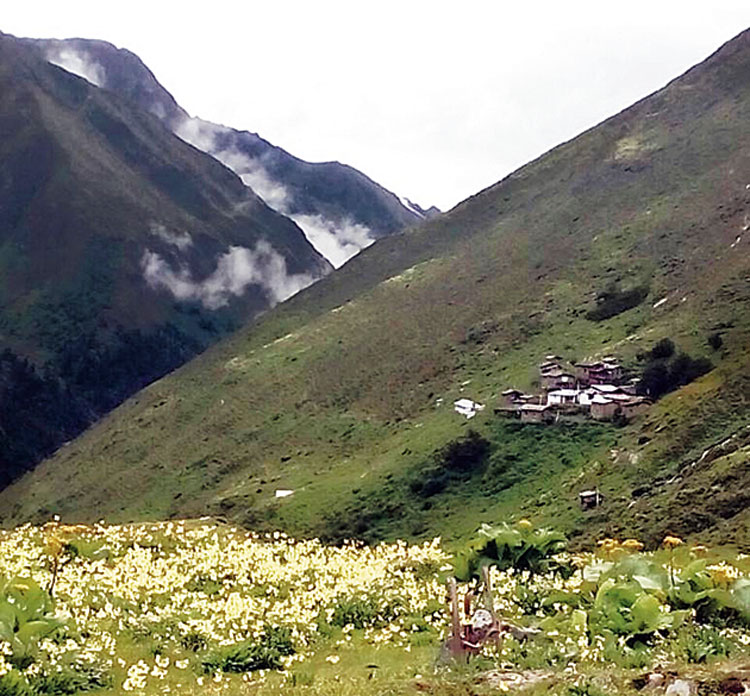 The teams will start two days ahead of polling day, trudge through snow and battle icy winds to help 35 voters in the remotest polling station of Arunachal Pradesh cast their valuable votes.

It is indeed an arduous task as the polling teams have to carry torches, lamps and solar lanterns along with polling materials to reach Luguthang polling station in Tawang district, situated 13,500 metres above the sea level.

Luguthang is located in 3-Mukto (ST) Assembly seat, represented by chief minister Pema Khandu. It falls under Arunachal West parliamentary constituency which goes to the polls on April 11.

Election to Arunachal’s 57 Assembly and two parliamentary constituencies will be held simultaneously on April 11. Three BJP candidates have been elected unopposed to the 60-member House. The polls are expected to see a three-cornered fight between the ruling BJP, the Opposition Congress and the NPP.

Tawang deputy commissioner Sang Phuntsok said Luguthang is a P-2 polling station, which means polling teams start at least two days before the polling day. “They are provided with at least 20 porters to carry the EVM/ VVPAT and other election materials along with luggage. Upto New Melling, they travel by road, after which it is all foot march,” he said.

The polling station, housed in the building of Luguthang Government Primary School, has altogether 35 voters — 19 males and 16 females. “Since it is a low-elector polling station, the voter turnout has been very high all through. A cent percent voting percentage is normal,” Phuntsok said.

“It is already snowing in Tawang and since the area is at a higher elevation, the temperatures will be pretty cold,” he said.

“There is no electricity at the polling station. “The polling team shall carry torches, lamps and solar lanterns, which will be provided by the district election officer of Tawang,” he added.

Chandra Bhushan Kumar, a former chief electoral officer (CEO) of Arunachal Pradesh, in a book, Imaging Arunachal Pradesh, The indelible ink of democracy, which has been posted on the Arunachal CEO website, says, “In this background of challenging terrain, diverse habitations and not so familiar trajectory of state making, conduct of elections in Arunachal Pradesh have been a significant aspect of the fascinating journey. During the last four decades, electoral governance has defied geographical hostilities and resource constraints and delivered successful elections. Landslide, flash floods and missing bamboo/suspension bridges are common phenomena to negotiate with. Journey is not in distances but in hours or days in this part of the world.”

Records say photo electoral roll coverage in the state is 99.97 per cent and electoral photo identity card coverage is 99.97 per cent. The state has 2,202 polling stations. Polling station No. 52 in Naharlagun under Itanagar (ST) Assembly seat in Arunachal West Lok Sabha seat has the highest number of voters (1,340) while Malogam Temporary Structure in Malogam village under Hayuliang (ST) Assembly constituency has the least number of electors (one female voter) in the state.

Eleven polling stations have been exclusively set up for female voters in the state.