The NRC left out the names of over 19 lakh citizens, of which roughly 11 lakh are Bengali Hindus 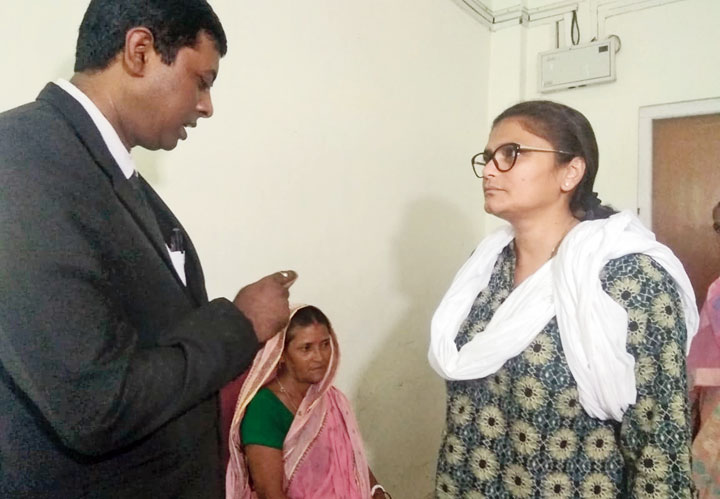 Former Silchar MP and All India Mahila Congress president Sushmita Dev on Monday said the foreigners tribunals in the state were not sufficient to dispose of all the cases of people left out of the National Register of Citizens (NRC).

The NRC, published in August 31 this year, left out the names of over 19 lakh citizens, of which, according to a rough estimate, 11 lakh are Bengali Hindus.

Dev visited all the six foreigners tribunal in Cachar district on Monday, expressed concern over the shortage of infrastructure and feared that it would be very difficult to finish the task within the stipulated period of 120 days.

At present, there are 100 foreigners tribunals in the state and the government has decided to establish another 200 tribunals, taking the total to 300.

Dev said about four lakh people, out of the 19 lakh left out, did not apply for inclusion of their names in the NRC. Around 15 lakh will submit applications to prove their citizenship.

These 15 lakh people are totally dependent on the 300 foreigners tribunals and every tribunal would need to deal with around 5,000-6,000 cases. If the process needs to be completed in 120 days, then every tribunal would have to complete 40 to 50 cases per day, she said.

Sharing her experience during the visit, Dev said foreigners tribunal No. 3, located in the Tarapur area of Silchar town, adjacent to her residence, is working without government pleader, typist, bench assistant and other supporting staff. The single judge (called member of foreigners tribunal) is presenting evidence and also passing judgment. This has been the situation since July 2018, she added. She said a judge has to manage the affairs thus if he/she wants to expedite the process.

Citing an example of human suffering, Dev said one Maruti Bala Das, who underwent a kidney transplant recently, is facing four complaints of doubtful citizenship in the tribunal, one of which was to be heard on Monday but she could not attend the hearing.

Dev appealed to the government to forget political affiliations and come forward to sort out this burning problem. She said people whose names are not in the NRC and who have received “doubtful citizen” notices are facing immense hardship. Their cases should be seen on humanitarian ground, she added.

She said Aashiyan, an NGO she is actively associated with, would try to provide legal help to the poor people left out of the NRC. A panel of advocates has been constituted for this, she added.

On Saturday, Dev had visited the detention camp on Silchar Central Jail premises and distributed sweets among the detainees. She expressed concern over the condition of the camp inmates.

After publication of the NRC, strong reactions had poured in from different corners of the state.

The BJP top brass and RSS chief Mohan Bhagwat had said the name of no Hindu would be dropped and they should not panic as the government would safeguard the interest of Hindus, Sikhs, Jains, Buddhists, Parsis and Christians who fled neighbouring countries following religious persecution by bringing in the Citizenship (Amendment) Bill.