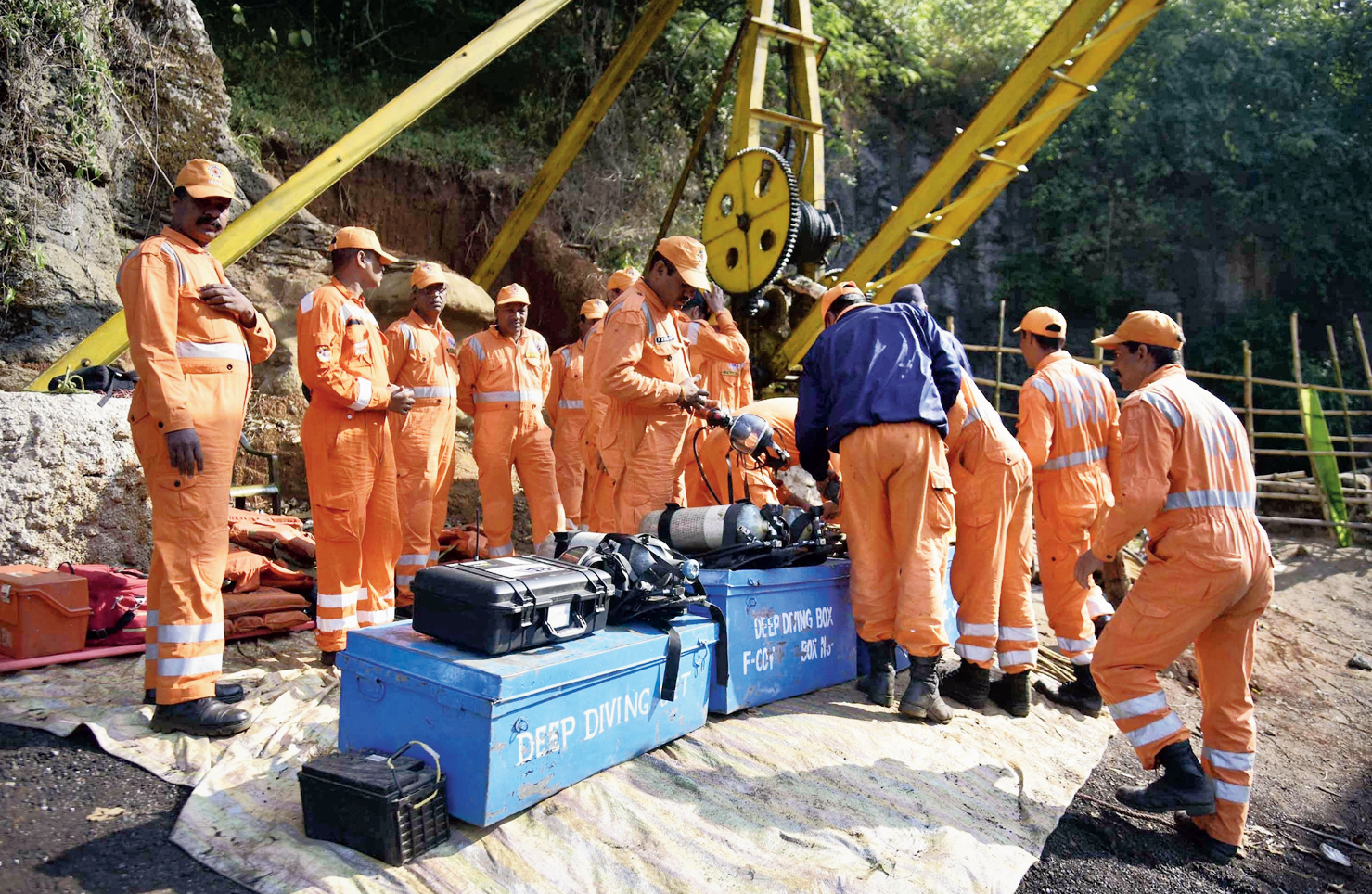 The Supreme Court on Friday sought details from the Meghalaya government on the number of illegal mines functioning in the state in the wake of 15 miners getting trapped in a flooded mine in East Jaintia hills.

A bench of Justices A.K. Sikri and Abdul Nazeer also asked the central and state authorities to requisition the services of fifteen 100HP pumps from Kirloskar for continuing with the rescue operations, as urged by senior advocate Anand Grover, appearing for the petitioner.

The court also, upon a suggestion from solicitor-general Tushar Mehta issued a notice to the mine owner, who had been allegedly operating several such mines, resulting in the unprecedented tragedy.

The miners got trapped in a mine near Lumthari village at Ksan in East Jaintia Hills on December 13 last year after water from the Lytein river gushed in and flooded it.

Advocate Aditya N. Prasad had moved the Supreme Court, seeking immediate steps to rescue the trapped miners. He alleged that there was a lethargic approach on part of the authorities on the issue.

The rescuers, including air force personnel, have managed to recover only one body. The fate of the remaining 14 miners is uncertain though the state government has maintained that the possibility of their survival was remote.

According to the government, efforts are now under way only to recover the bodies of the victims, one of whom has been located though not identified.

In an earlier status report submitted before the court, the state government had said that expert naval divers using underwater remotely operated vehicles (ROV) had so far managed to locate a single body. It said there is a possibility of the bodies of other miners being located from under the body.

The state government had said the identity of the body recovered was yet to be ascertained as it was in a highly decomposed state and the help of family members of the trapped miners was being taken to identify the victim.