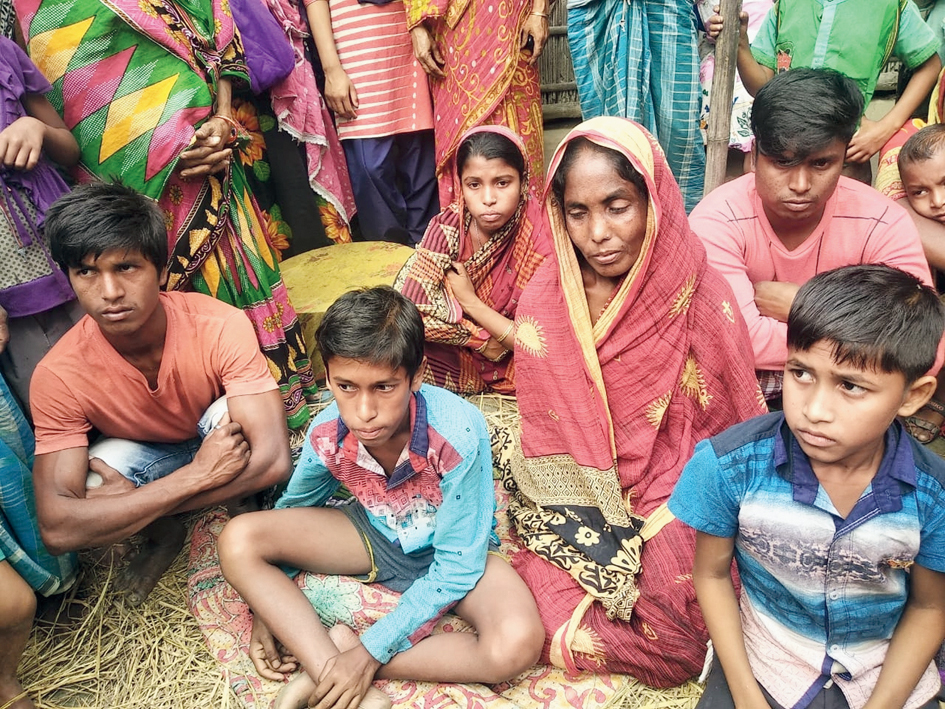 A surge in “suicides” in Assam, purportedly over the National Register of Citizens (NRC), has raised concern in activists and researchers and prompted an Assam-based rights body to resolve to file a public interest litigation in the Supreme Court.

The latest victim of the “mental trauma” arising out of exclusion of name from the final draft of the National Register of Citizens (NRC) is Samsul Haque, a 46-year-old daily wage labourer from Baguriguri village in lower Assam’s Barpeta district.

Haque allegedly committed suicide on the evening of November 14 because his wife Maleka Khatun’s name was not included in the final draft of NRC though his name was in it.

Abdul Kalam Azad, who has been tracking suicide cases since the process of updating NRC 1951 commenced in 2015, said there has been a spurt in such incidents since the publication of the final draft NRC on July 30. Haque’s alleged suicide is the fifth in a month since October, the ninth since July 30, the 17th this year and the 23rd since 2015.

“According to the data I have compiled since 2015, there have been many such cases this year alone. The trend has escalated since the publication of the final draft NRC on July 30. I have been monitoring the spurt in cases and visiting people related to the victims. Most of the dead were doubtful voters and they died because of the complexity of the NRC process — were indicted as foreigners, couldn’t avail legacy details and finally gave in to fear. It is a sad backdrop,” said Azad, who was previously associated with Tata Institute of Social Sciences.

Quoting Maleka, Shajahan Ali, general secretary of the the rights body, Association for Protection of Indian Citizenship Rights (APICR), said Haque’s “mental trauma” had escalated after he found that his wife’s name was missing from the final draft of the NRC.

Maleka, who was declared a doubtful voter in 2005, had won her case at a foreigners tribunal in Barpeta. After winning the case, the couple went to the local election commissioner’s office with the judgement order, yet her name was not included in the voter list.

“Maleka’s father’s name was in the voter list of 1965 and her mother’s in the voters list of 1970. The foreigners tribunal court, on the basis of evidence and documents, gave a judgment in her favour. Yet her name was not included in the final draft of the NRC. The ‘D’ voter tag led to the exclusion of her name from the final draft which led to Haque’s mental breakdown and finally his death,” Ali said.

The APICR has decided to file a PIL in the Supreme Court over the surge of “suicides” in Assam due to non-inclusion of names in the final draft NRC and over the alleged harassment of doubtful voters. It has demanded a Rs 10-lakh compensation for Haque’s family.

Jyotish Chandra Sutradhar, whose father Angad Sutradhar committed suicide allegedly because of distress over establishment of linkage legacy, said, “People are losing their patience over NRC. It is disturbing. My father took his life in July 2015 on account of complications arising out of the NRC, as he couldn’t establish a linkage legacy through his father. I am trying to put his death behind me. Such deaths shouldn’t occur.”