Bengalis will not get scared by inflammatory statements, says All Cachar Karimganj Hailakandi Students’ Association 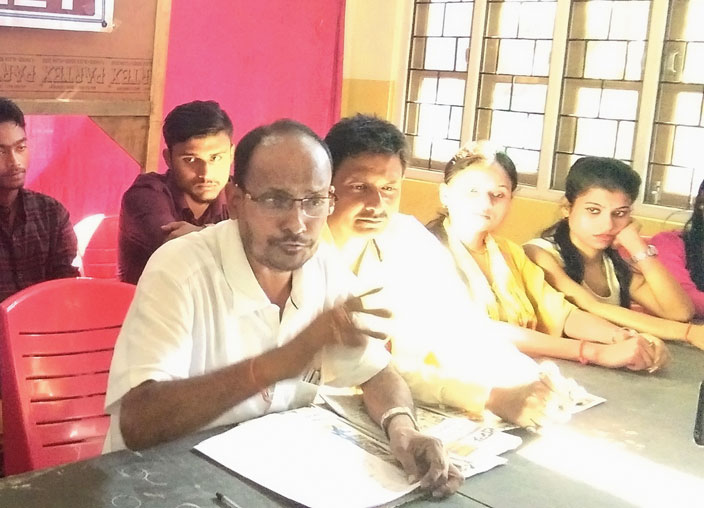 The All Cachar Karimganj Hailakandi Students’ Association on Friday said Bengalis will not get afraid by the “inflammatory” statements of pro-talks Ulfa leader Mrinal Hazarika over the Citizenship (Amendment) Bill, 2016.

Rupam Nandi Purka-yastha, adviser to the association, told reporters here that Hazarika’s remarks will not be effective in suppressing voices in favour of the bill.

“If Hazarika is thinking that we will get intimidated by his statements, he is living in a fool’s paradise,” he said.

Purkayastha also slammed Hazarika over his statement that Ulfa might go back to the days of 1982 and 1983 to force the Centre to withdraw the bill.

Niranjan Dutta, another adviser, alleged that the state government was playing the role of Dhritarashtra and keeping silent despite Ulfa leaders threatening people.

“What kind of a country are we living in? Is there no law and order,” he asked.

“A united stand is the need of the hour to combat such evil forces,” he said.

Karimganj North legislator Kamalakhya Dey Purkayastha questioned why the state government had taken no action against Hazarika for his “inflammatory” comments, which can create unrest in the state.

“The government is completely responsible for the unstable situation,” he said and demanded stern action against Hazarika.

Sadhan Purkayastha, state secretary of Amora Bangalee, said Hazarika and other Ulfa leaders, who are issuing threats, should be arrested.

The bill is opposed in Brahmaputra Valley while it has support in the Barak Valley districts of Cachar, Karimganj and Hailakandi.