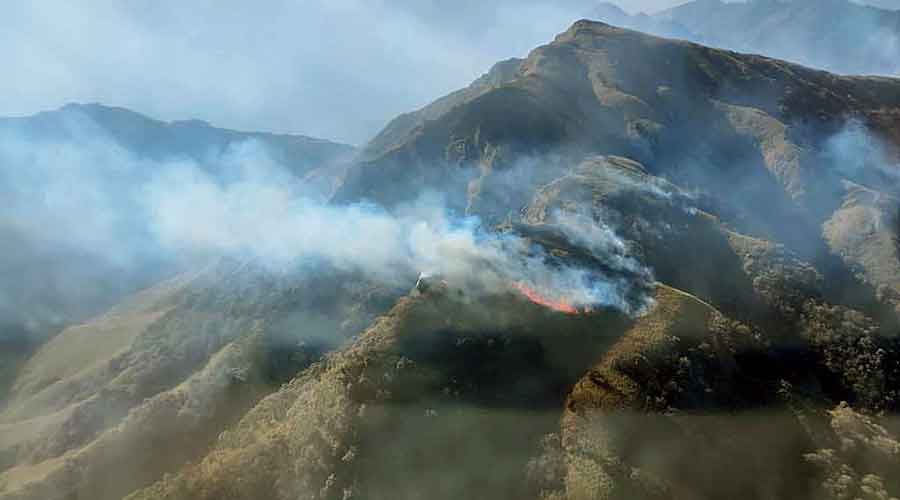 Inaccessibility and windy conditions are hindering the fight to contain the fire raging in multiple areas of Dzukou Valley located along the Nagaland-Manipur border but the efforts by both states and central government agencies have controlled it to a large extent, officials involved in the fire-fighting operations said on Monday.

“There are spots we cannot even reach in person because of very steep slopes. The Indian Air Force choppers are helping us. There were no flames seen on the Nagaland side on Monday afternoon but there are reports of flames at a few spots following strong wind during the evening. Inaccessibility and strong wind are hindering operations but the overall situation has improved since Sunday due to the collective effort of all stakeholders,” a Nagaland official told The Telegraph.

The day saw the IAF continue its Bambi bucket operations (pouring water in the affected areas), while field-level personnel tried to contain the fire at several spots on the Nagaland side where 5km of firelines have been made to check the spread. The four IAF choppers made 12 sorties on Monday, the official said. 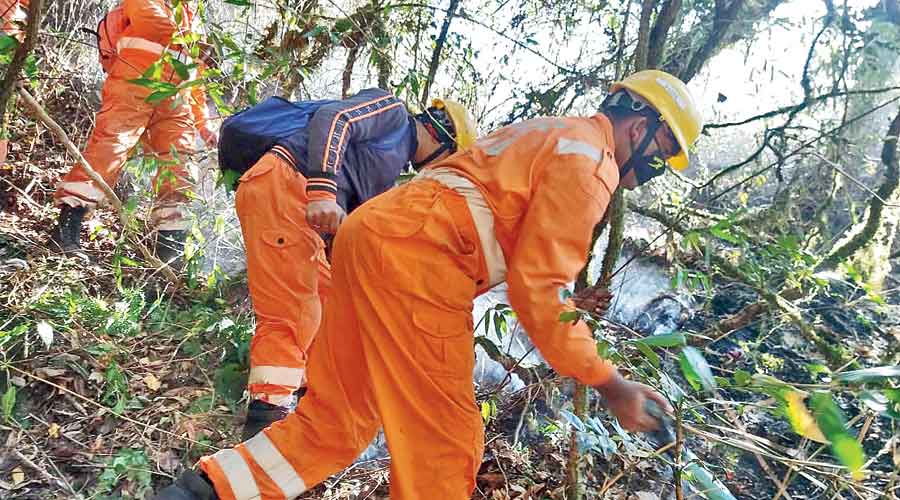 NDRF personnel at work in the Dzukou Valley
Telegraph picture

In Manipur, the focus is more on containing the spread on the southern side of Mount Iso since the western side is almost under control.

Nagaland chief minister Neiphiu Rio will be undertaking an aerial survey of the valley on Tuesday. His Manipur counterpart N. Biren Singh had carried out an assessment on Thursday and requested the Centre to help fight the fire in the picturesque valley which is a popular destination for both tourists and trekkers. Soon after, the IAF was deployed.

The army, NDRF and Assam Rifles personnel are also engaged in the fire-fighting operations along with state government departments and local volunteers. 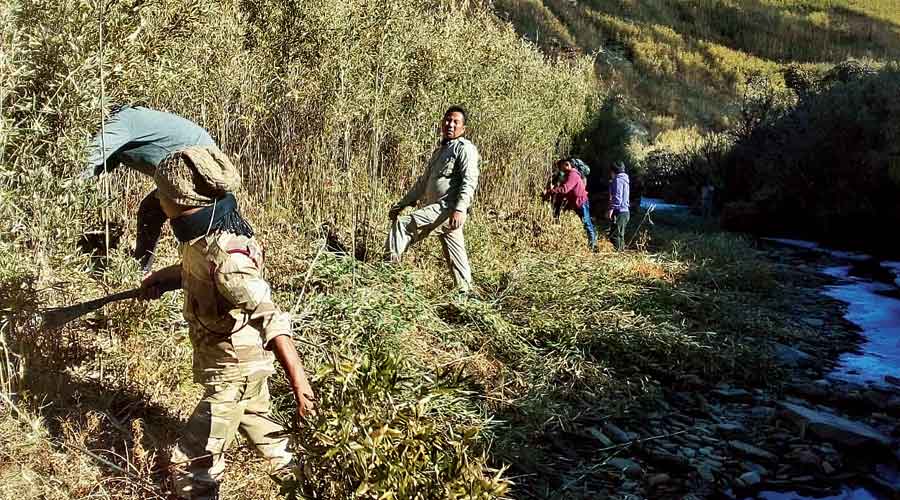 “Tomorrow, I will be making an aerial survey of the latest forest fire situation at Dzukou valley that is spreading across Nagaland and Manipur. There has been a joint effort to tackle the situation and Nagaland side is more or less under control,” Rio tweeted on Monday evening.

The IAF will continue its operations on Tuesday which will also see a thorough review of the ongoing operations and what more could be done to douse the fire as soon as possible, an official said.