Stress on need for fast-track courts

Altogether 97 persons were convicted in 28 wildlife crime cases by fast-track courts in Assam in the last one-and-a-half years. 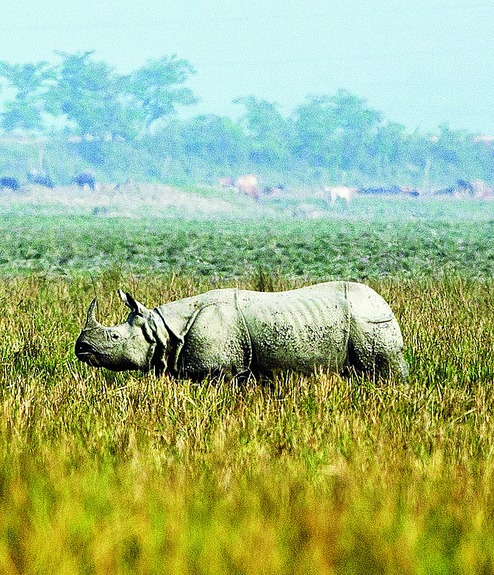 Guwahati: Altogether 97 persons were convicted in 28 wildlife crime cases by fast-track courts in Assam in the last one-and-a-half years.

Assam conservator of forests (wildlife), D.D. Gogoi, said this during a seminar on Wildlife Crime and the Laws, organised by Aaranyak, a society for biodiversity conservation, and Gauhati High Court Bar Association, here on Saturday.

Altogether 10 fast-track courts were set up in the state in November 2016 to expedite the trial of wildlife crime cases and the number of such courts rose to 12 when two more were set up in February this year.

He described it as a positive development because securing the forest area is important for curbing wildlife crimes.

Gogoi said the fast-track courts, since their inception, have convicted 53 poachers.

Justice Arup Kumar Goswami of Gauhati High Court, who was the chief guest, inaugurated the seminar while Justice Ujjal Bhuyan was the guest of honour.

Goswami said poaching is the greatest threat to wildlife and setting up of fast-track courts will help combat it.

Justice Bhuyan rued that exhibiting animal parts like rhino horns, skin of tiger or leopard in houses is still considered a sign of aristocracy by certain sections of the society.