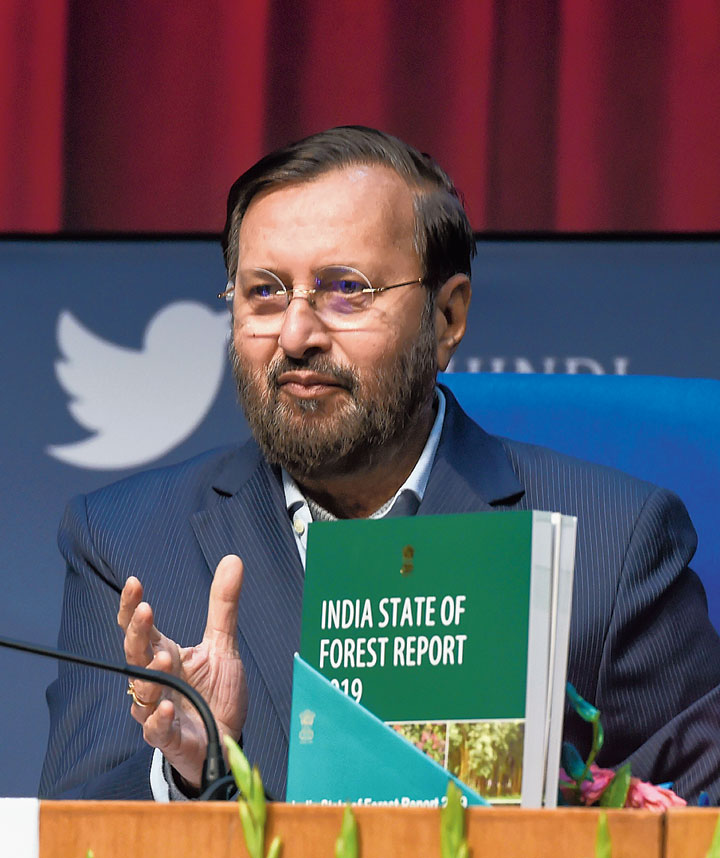 The Northeast, which is one of the 17 biodiversity hotspots of the world, has lost 765 square km of forest cover during 2017-19.

The India State of Forest Report 2019 brought out by the Forest Survey of India (FSI) was released by environment, forest and climate change minister Prakash Javadekar in New Delhi on Monday.

The report stated the current assessment shows a decrease of forest cover to the extent of 765 square km in the Northeast.

Except Assam and Tripura, all the states in the region show a drop in forest cover.

Every two years, the FSI undertakes an assessment of country’s forest resources, the results of which are presented as the India State of Forest Report (ISFR).

The states in the Northeast showing maximum loss in forest cover are Manipur (499 square km), Arunachal Pradesh (276 ) and Mizoram (180). Assam has shown an increase of 222 square km.

Interestingly, in terms of forest cover as percentage of total geographical area, the top five states are Mizoram (85.41 per cent), Arunachal Pradesh (79.63), Meghalaya (76.33), Manipur (75.46) and Nagaland (75.31), which are all from the northeastern region of the country.

The report stated shifting cultivation has traditionally been intricately linked to the socio-cultural life of tribal communities and the slash-and-burn practice of agriculture is mainly responsible for fluctuation in forest cover in this region.

The other reason for loss in forest cover has been due to developmental activities in case of Arunachal Pradesh and a few other states.

Construction of dams in Arunachal Pradesh has led to loss in forest cover.

The northeastern region comprising eight states — Arunachal Pradesh, Assam, Manipur, Meghalaya, Mizoram, Nagaland, Sikkim and Tripura — is endowed with rich forest resources and is one of the 17 biodiversity hotspots of the world.

The region, with just 7.98 per cent of the geographical area of the country, accounts for nearly one fourth of its forest cover. “The gain in increase of 221.51 square km in the forest cover in Assam is mainly because of plantations mostly outside forest areas,” the report said.