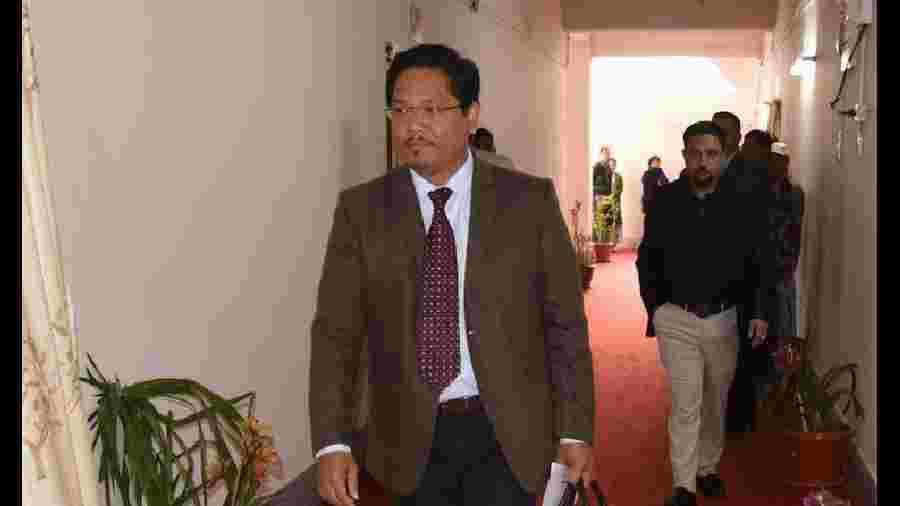 Six people were killed along the Assam-Meghalaya border after Assam police fired “in self-defence” early on Tuesday, allegedly when “unknown miscreants” surrounded forest guards and police who had stopped a truck “smuggling out illegal timber”.

The Assam and Meghalaya governments gave contrary versions of the incident — which left five people from Meghalaya and an Assam forest guard dead — each asserting that the firing had occurred within its own territory.

Assam police sources said the truck was intercepted around 3am and the firing took place around 7am. At a news conference in Shillong, Sangma said six people had died in firing by Assam’s police and forest guards at “Mukroh” village in Meghalaya’s West Jaintia Hills, bordering Assam’s West Karbi Anglong district.

“The Meghalaya Government strongly condemns the incident where the Assam Police & Assam Forest Guards entered Meghalaya & resorted to unprovoked firing. GoM (group of ministers) will take all steps to ensure that justice is served & action is taken against those responsible in this inhuman act,” Sangma tweeted.

Around 8pm, a vehicle bearing an Assam registration number was torched in the Jhalupara area of Meghalaya capital Shillong. Security was beefed up around Assam House in Shillong.   Tuesday’s incident could slow the efforts by Assam and Meghalaya to resolve territorial disputes along their 884.9km border.

Sangma, however, asserted that Mukroh did not fall in any disputed area and the incident was not linked to any border issue. Of the 12 friction points along the border,  the states claim to have resolved six in March this year.

Both states announced steps to prevent a flare-up following Tuesday’s firing, and each announced an ex gratia of Rs 5 lakh for each bereaved family. Meghalaya suspended Internet services in seven districts. The Assam police restricted the movement of vehicles with Assam registration numbers to Meghalaya through the Silchar and Jorabat routes.

Sangma tweeted his condolences to the families of the dead: Thal Shadap, Nikhasi Dhar, Sik Talang, Tal Nartiang, Chirup Sumer and Assam forest guard Bidya Singh Lekhe. “We also had a meeting with traditional heads, Rangbah Shnongs and religious leaders, members of civil society and NGOs to discuss, inform and appeal for their support to stand together in these difficult times,” he further tweeted.