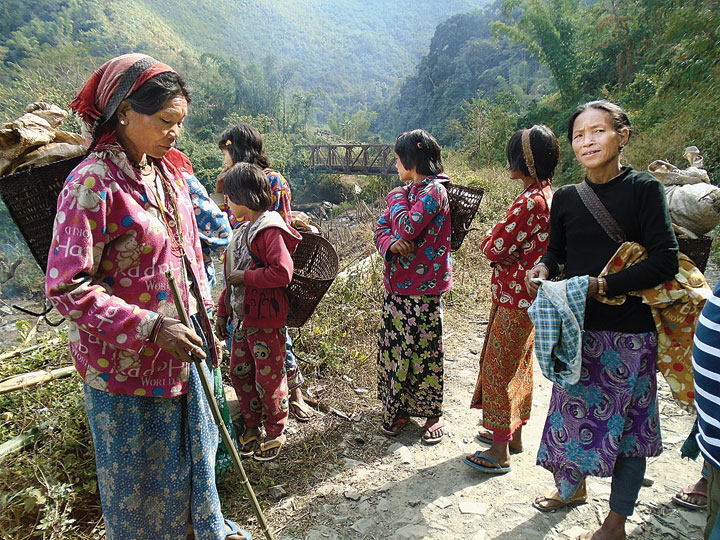 The Tirap administration has sealed the India-Myanmar border passing along the district to ensure a peaceful bypoll at 56 Khonsa West Assembly constituency in Arunachal Pradesh.

The election will be held on Monday and counting on October 24. Altogether 10,158 voters will exercise their right to franchise in 23 polling booths.

Arunachal Pradesh shares a 520km border with Myanmar. Tirap, Changlang and Longding along the border are highly affected by insurgency of various factions of the NSCN due to which the Armed Forces (Special Powers) Act has been extended in these three eastern districts.

The seat fell vacant after the killing of NPP leader Tirong Aboh, allegedly by the NSCN (I-M).

Chakat Aboh, his widow, is contesting against Azet Homtok, another Independent candidate. The political parties have not fielded any candidates.

The deputy commissioner of Tirap, P.N. Thungon, told this correspondent that all the border points had been sealed to ensure a peaceful bypoll. “There has been no law and order problem so far. The administration has enough men and machinery to tackle any untoward situation,” he said, adding that entry of people who cross the border to access essential commodities from Lazu is currently restricted. The trek will be reopened once the entire process of the bypoll ends.

Superintendent of police, Tirap, Kardak Riba, said there was tight security. “We have learnt a lot from previous incidents. This time we have been monitoring the situation from the highest possible level,” he said.

Riba said the director-general of police and the general officer commanding (GOC), 2 Mountain Division, had recently visited the district and taken stock of the situation.

“Every nook and corner of the district is being closely monitored. We are working as a team,” Riba said.

The district administration is assisted by 16 companies of military and paramilitary forces. Moreover, 19 inspectors, 29 sub-inspectors, and 10 deputy superintendents of police of the neighbouring districts are assisting the administration.