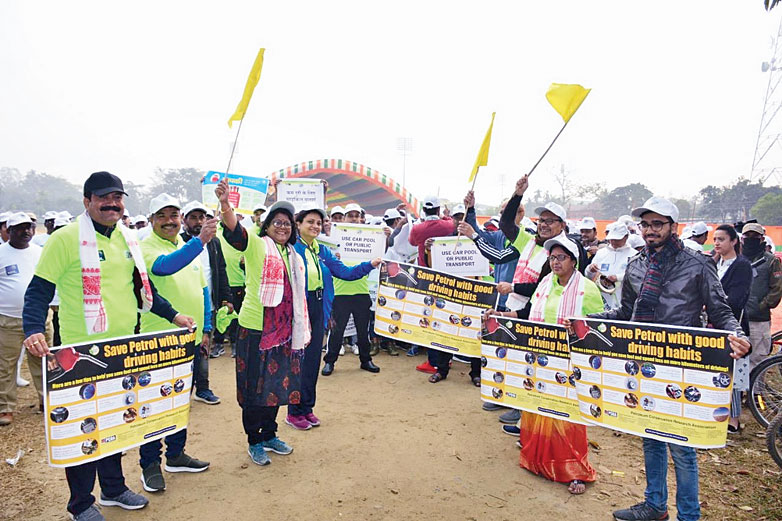 More than 500 people participated in a walkathon at Silchar in Assam’s Cachar district on Sunday to create awareness on saving fuel.

The Saksham Walkathon, organised in Silchar by Numaligarh Refinery Ltd, was simultaneously held in 624 districts across the country.

Students from various schools and colleges, including NIT Silchar, members of civil society groups and police participated in large numbers in the walkathon from Police Parade Ground to Premtala and back to the starting point.

The walkathon was flagged off by Silchar legislator Dilip Kumar Paul and Cachar deputy commissioner Barnali Sharma in the presence of superintendent of police Manabendra Dev Ray.

Paul reiterated the importance of imbibing values of fuel conservation among children and urged elders to set a good example.

Sharma stressed on the importance of saving the environment from further damage. She said walking had proven health benefits and the tagline for the walkathon — Burn Fat not Fuel — sends an apt message to the masses.

The walkathon is part of a month-long campaign (January 16 to February 15) by Petroleum Conservation Research Association and supported by public sector oil and gas companies, and promoted under Indhan Adhik Na Khapayen, Aao Paryavaran Bachayen (Don’t waste fuel, let’s save the environment).