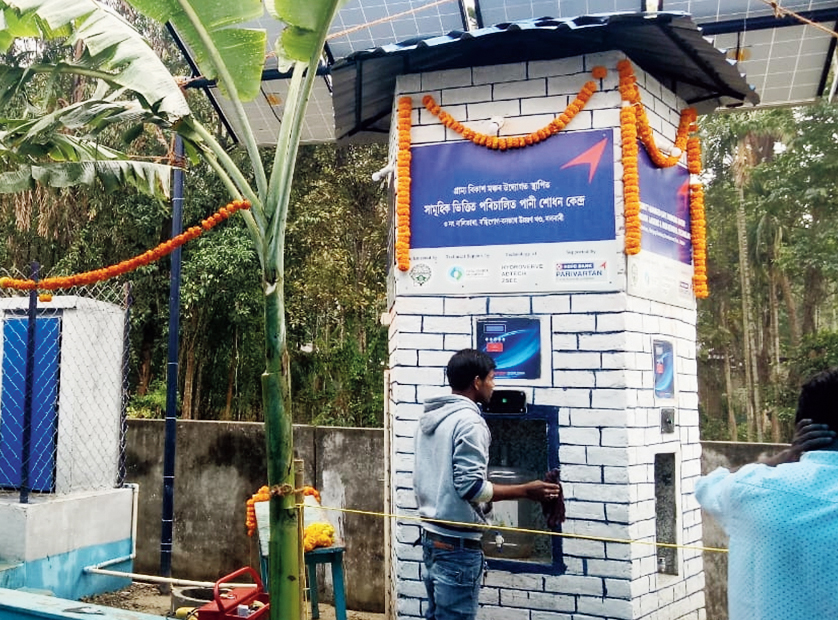 Villagers of Balitara in lower Assam’s Nalbari district will not have to think twice before taking a sip of water.

They were struggling to cope with arsenic contamination of groundwater and high incidence of cancer.

Gramya Vikash Mancha, a local NGO, has set up a drinking water supply plant with arsenic and iron removal technology, which will provide 20 litres of purified drinking water each to 450 families per day.

The plant, set up at a cost of Rs 8.7 lakh, was inaugurated by Nalbari MLA Ashok Sarma on Thursday.

The NGO’s president, Prithibhusan Deka, said they set up the plant with the technical support of Tata Water Mission of Tata Trusts and it was funded by HDFC Bank under its corporate social responsibility initiative.

Deka said they would run the plant on a no-profit-no-loss basis.

“We will charge a nominal cost of 35 paise per litre towards maintenance of the plant and for payment of salaries to the caretakers. BPL families, however, will be provided water free of cost,” he said.

He said though there has not been any scientific study yet, the locals attribute the high incidence of cancer in the village to arsenic as the metalloid element is known to be carcinogenic.

Last year alone, 74 cases of cancer were detected in the village, under Ghograpar revenue circle of Nalbari district.

Deka said access to safe drinking water was a major problem in that area as the public health engineering department (PHE) has marked most of the tubewells in the village unsafe for human consumption after arsenic was detected in water beyond the permissible limit.

Sarma said groundwater contamination with arsenic and fluoride is a major concern in the area and he had even raised the issue in the Assembly last year.

He said though the public health engineering department had announced two water supply schemes, they are yet to materialise.

Balitara was adopted as a model village by BJP MP Ramen Deka under the Saansad Adarsh Gram Yojana in 2015 but it had also not been able to solve the water woes of the villagers.