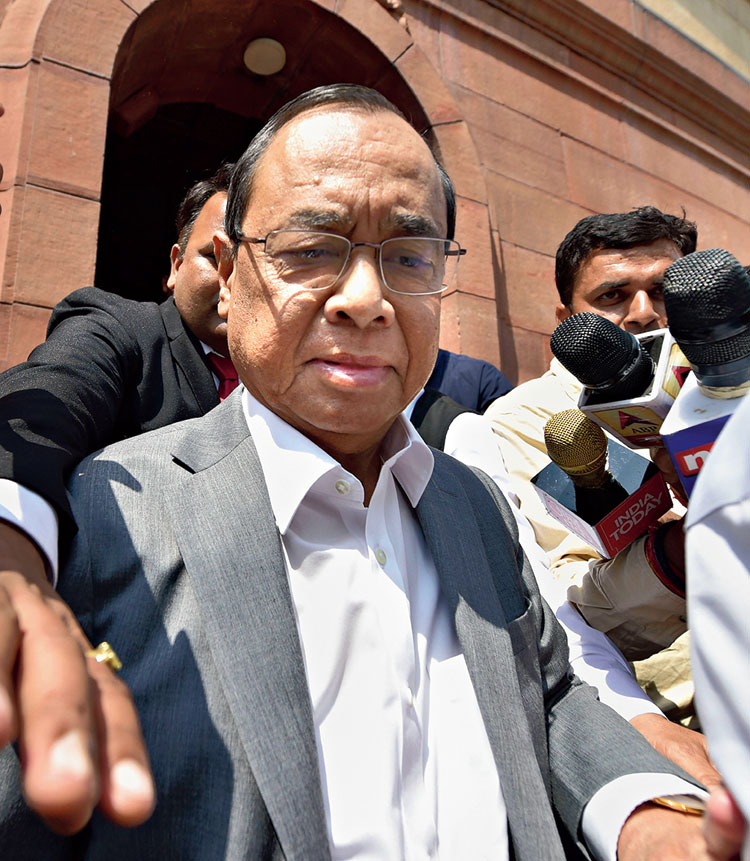 Leading organisations of Assam on Thursday said former Chief Justice of India (CJI) Ranjan Gogoi’s decision to accept the President’s nomination to the Rajya Sabha was possibly a “hasty” one.

Gogoi was sworn in as a member of the Upper House on Thursday.

AASU general secretary Lurinjyoti Gogoi told The Telegraph, “The entire episode of former CJI Gogoi joining the Rajya Sabha has raised a lot questions about the independence of the judiciary. He has been known for his strict and ethically strong opinions and retired as one of the most renowned CJIs in the country. That’s why his decision to join the Rajya Sabha and that too only after a few months of his retirement has sparked an array of doubts amongst all.”

On March 16, Gogoi was nominated to the Rajya Sabha by President Ram Nath Kovind in the exercise of the powers conferred under Article 80 of the Constitution. This provision enables the President to nominate eminent personalities and those who have excelled in their respective fields to the Rajya Sabha.

Echoing similar sentiments as Gogoi, AJYCP general secretary Palash Changmai said, “There is no harm in the former CJI being nominated as a Rajya Sabha member. But we believe that the entire controversy would not have triggered if he would have gone for a ‘cooling period’ after the retirement. It seemed like a hasty decision.”

Leader of the Opposition, Debabrata Saikia said, “It will be unfair for anyone to judge his decision but I believe, being a wise man, he could have easily avoided the controversy. Earlier also judges became part of Parliament but after a long period from their retirement. He is a bright person and could have easily served the country in many ways.”

Earlier, former IAS officer M.G.V.K. Bhanu, in a Facebook post, too appealed to the former CJI to reject the President’s offer.

Bhanu said, “You (Gogoi) have served the country from the topmost seat of the CJI and your stature is far superior to a parliamentarian. So please don’t accept the nomination.”

Gogoi took oath as a member of the Rajya Sabha amid jeers from the Congress and other Opposition parties that believe the appointment was a quid pro quo and allegedly compromised the independence of the judiciary.

All Opposition parties except the Samajwadi Party walked out in protest in the middle of the oath.

“They will welcome me very soon,” said an unfazed Gogoi who retired as the CJI four months back.

He had defended taking up the role saying his presence in Parliament will be an “opportunity” to project the views of the judiciary before the legislative and vice versa.