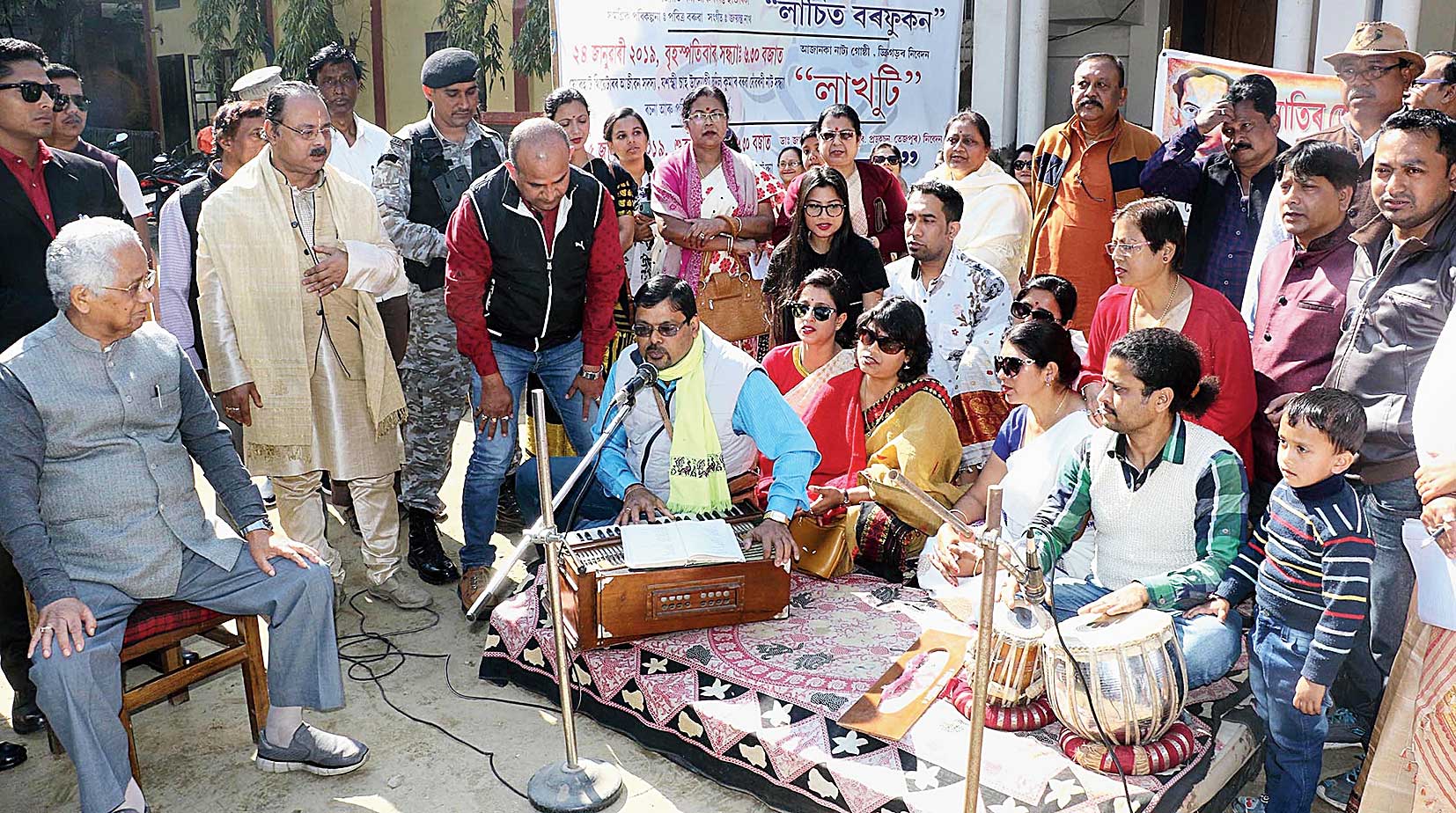 Xilpi Diwas, observed in Assam on the death anniversary of cultural icon Jyoti Prasad Agarwala, was marked by protests against the Citizenship (Amendment) Bill, 2019, on Thursday.

Artistes, freedom fighters, several organisations and the people recalled Agarwala and sought inspiration from his songs and poems to face the “crisis” appearing before the state because of the bill.

Artistes and freedom fighters burnt copies of the bill in front of Agarwala’s photograph at Rangiya in Kamrup district and vowed to fight against the bill that seeks to grant citizenship to Hindus, Sikhs, Buddhists, Jains, Parsis and Christians who had fled Afghanistan, Bangladesh and Pakistan because of religious persecution and entered India till December 31, 2014.

The bill was passed by the Lok Sabha on January 8 and is likely to be tabled in the Rajya Sabha in the budget session, beginning January 31.

“If the bill is passed, Assam will witness a Tripura-like situation. People of Assam should draw inspiration from the songs of Agarwala, Bishnu Prasad Rabha and Bhupen Hazarika at this moment,” said singer Pankaj Bordoloi at a programme organised at Tezpur in central Assam’s Sonitpur district.

Ethnic people, who were in majority in Tripura, are said to have turned into minorities because of unabated influx from 1947 onwards from erstwhile East Pakistan.

Hundreds protested in Tezpur, responding to a call by singer Zubeen Garg who criticised chief minister Sarbananda Sonowal for not opposing the bill.

Zubeen and his designer wife Garima had met All Assam Students’ Union leaders here on Wednesday and vowed to launch a protest against the bill.

At night, at a cultural programme at Ahatguri in central Assam’s Morigaon district, he was vocal against the BJP government over the bill.

He said he would distribute the remuneration he had received from the BJP for singing songs for its 2016 Assembly election.

In Upper Assam’s Jorhat district, students of Chutia community and 13 other organisations blocked National Highway 37 at Teok and people organised a 10km human chain at Selenghat in Mariani.

At a Xilpi Diwas programme organised at Jorhat theatre hall, in which former chief minister Tarun Gogoi participated, a protest was staged against the bill.