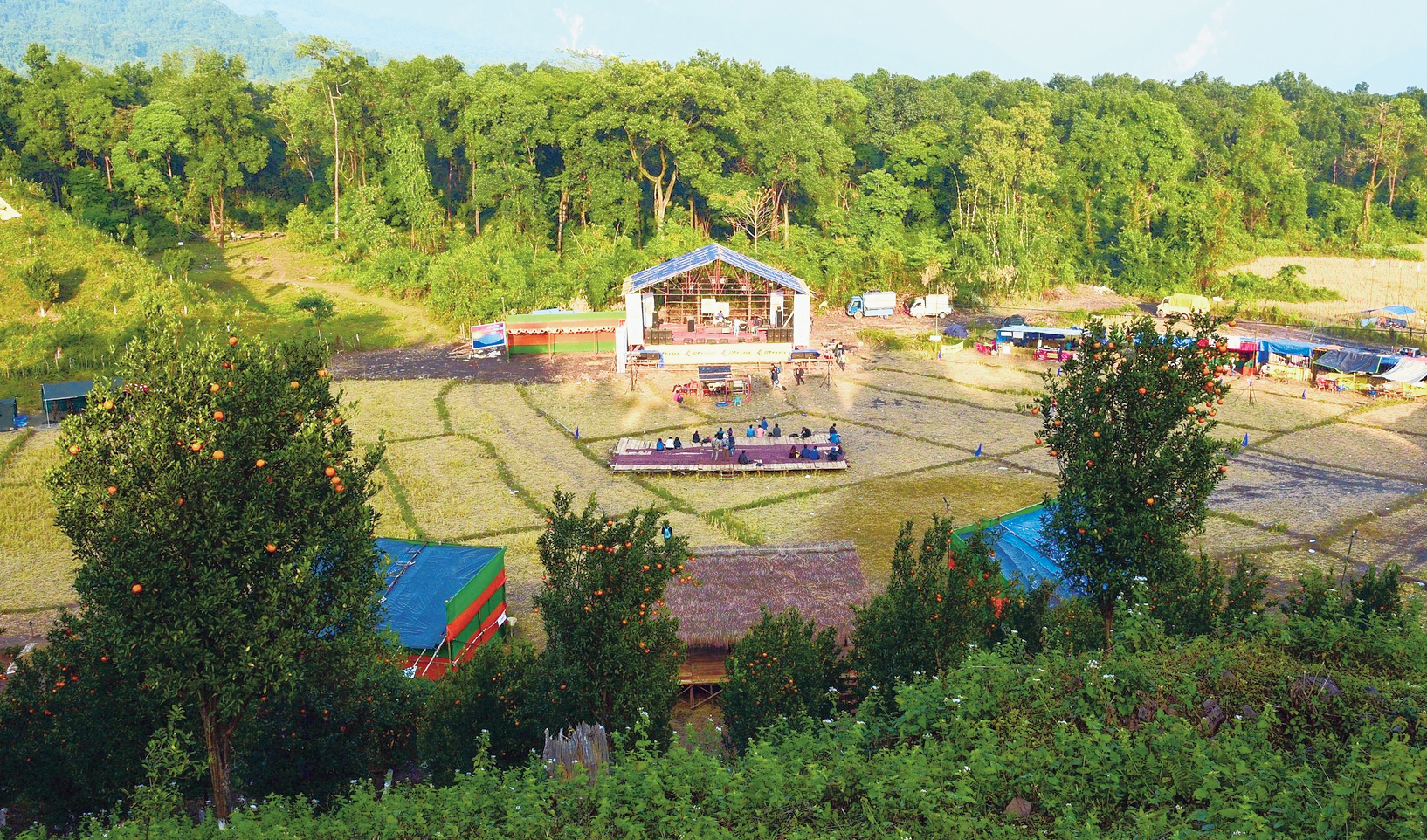 Want to get the adrenaline soaring? Head for the Orange Festival of Adventure & Music (OFAM), the country’s first to amalgamate adventure sports and music gigs.

The first taste of adventure comes in reaching the venue, Dambuk, in Arunachal Pradesh’s Lower Dibang Valley. Cratered, slushy roads past tea estates, jungle tracks and of course, the orange orchards that make Dambuk famous, lead one to the venue along a most challenging route. Thankfully, OFAM is held once the skies clear; during the monsoon, it is a very precarious ride, either in a helicopter or on elephant back.

OFAM’s fifth edition is set for a grand return with a huge line-up of bands and an array of adventure sports from December 15 to 18.

“Dambuk is renowned for oranges. Hundreds of acres of orange orchards on the mountain slopes of Dambuk and at the foothills transform the scenery of the region during this season. This inspired the idea of a festival with an orange theme for music and adventure lovers,” festival director Abu Tayeng said on Monday.

The four-day extravaganza will be inaugurated by chief minister Pema Khandu. It will be attended by deputy chief minister Chowna Mein and JK Tyres & Industries Ltd managing director Vikram Malhotra, among others.

Tayeng said the idea behind the festival is to bring people from around the world to explore the state’s wild natural beauty and experience the local way of life in an untouched destination. Locals said the festival has boosted orange cultivation and exports with Dambuk exporting oranges worth Rs 50 lakh last year.

“The festival also gives an opportunity to the locals to earn. Most youths are involved in adventure activities, housekeeping, catering and so on,” Tayeng said.

The event will witness a spectacular array of performances this year — Thunder Mother from Sweden, Iron Maidens and The Blue Grass Journey Men from the US, Lydia Hendrikje from Germany, Bipul Chettri and the Travelling Band from Kalimpong and Kathmandu Killers, Nepal.

Adventure activities such as Orange 4×4 Fury, held in the state’s dense rainforests, will be conducted under the supervision of the defence ministry-run National Institute of Mountaineering & Allied Sports. Thirty off-roaders will take part in the event, seven of whom will fly in from London, Dubai and the US. There will bewhite water rafting, dirt cycling, ATV rides, parasailing, paramotoring, paragliding and scuba diving.