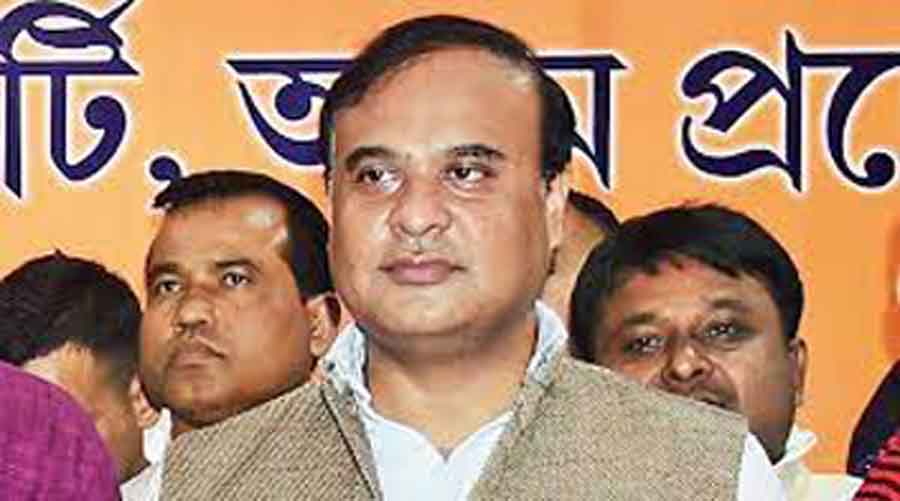 The Opposition Congress in Assam on Saturday urged the state’s chief electoral officer to bar chief minister Himanta Biswa Sarma from campaigning for the October 30 by-elections, alleging that he violated the model code of conduct (MCC) by promising development projects in poll-bound constituencies.

The party also claimed that the chief minister has “lowered the prestige of Indian parliamentary system, the election system and the Constitution” during the campaigning for candidates of the BJP and its allies.

In a memorandum to chief electoral officer Nitin Khade, the Congress accused Sarma of “repeatedly making statements that for the development of any Legislative Assembly Constituency (LAC), it is important for an MLA to belong to the ruling party”.

“He also announced that if any sitting Opposition party MLA joins the BJP, he will give Rs 2,000 crore worth development projects in his constituency,” it said.

Quoting Sarma’s speech during campaigning in Thowra where he had allegedly said it would now be easier for BJP candidate Sushanta Borgohain to ensure development as he had left the Congress to join the saffron camp, the Opposition party also said: “This is a shocking violation of the tenets of the Constitution. Every MLA whether in ruling or Opposition is entitled to get his development fund.”

Borgohain had won the Thowra seat as a Congress candidate in the March-April Assembly elections, but later resigned from the Assembly and switched over to the saffron camp. He is now seeking re-election from the constituency as the BJP nominee.

The Congress accused the chief minister of “openly patronising a system of governance where development will not be possible if the MLA is not from the ruling party”.

“Such a dangerous mindset has been unleashed upon the public that in future there will be no space left for any opposition force in Indian democracy. Such a mindset to finish opposition can only lead to a dictatorship and this will have far-reaching effects for democracy to survive in India,” the memorandum, signed by Assam PCC president Bhupen Kumar Borah, said.

The party cited several instances during the by-election campaign when Sarma had allegedly “made announcements for voters, violating the provisions of the MCC”.

The memorandum said: “... in Mariani constituency, Sarma made a slew of announcements for tea gardens of the area, including a package of Rs 1 crore for roads in each estate, incorporating each garden into the Jal Jeevan Mission and new schools in the gardens.”

Debabrata Saikia, leader of the Opposition in the Assam Assembly, had on Friday appealed to Khade to debar Sarma from campaigning for allegedly violating the model code of conduct by offering assistance under the Pradhan Mantri Awas Yojana scheme to voters in election rallies.

“He clearly wanted to give the impression that as a CM, his is the last word, and if he wants he can give a house to anybody and gain people’s faith by luring them with such announcements, which are a brazen violation of the model code of conduct,” the memorandum said.

It also alleged that the chief minister announced setting up a medical college and building two bridges in Thowra in violation of the MCC.

“The APCC hopes that the much respected Election Commission, being an independent and autonomous body, would take necessary action and ensure and embolden constitutional tenets to safeguard democratic values that India proudly stands for,” it added.