Operation to rescue officials trapped, could not start as the water pressure is yet to recede 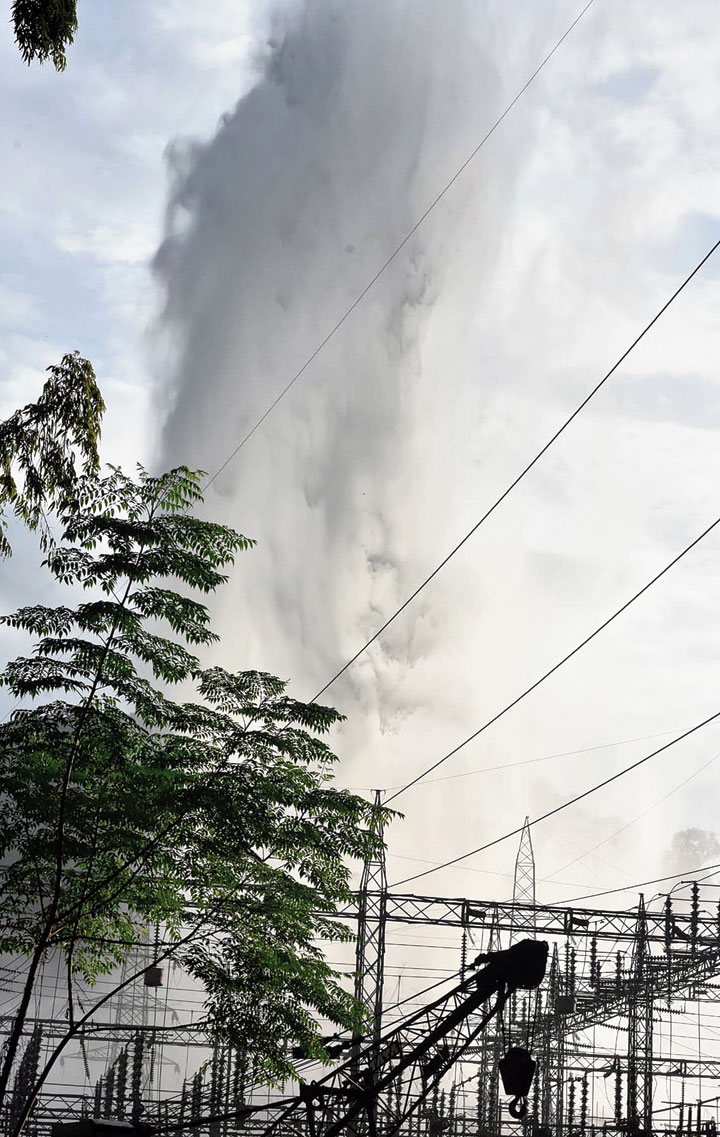 Neepco’s independent director Vijay Kumar Gupta on Saturday said coal mining in Meghalaya has turned water of the Kopili acidic, resulting in damage to materials used in the 275MW hydel project in Assam, including burst of a pipeline on Monday morning that led to extensive damage in and around the site.

Till Saturday evening, the operation to rescue four Neepco officials trapped in the basement of a two-storey pump house of the hydel project in Umrangsu under Dima Hasao district, could not start as the water pressure in the pipeline is yet to recede. The project area has been cordoned off and no outsider, including reporters, were allowed entry.

Gupta said: “The acidic water led to the corrosion of metals and other materials in the reservoir that failed to sustain the water pressure, resulting in the pipeline bursting. The capacity of the reservoir is 6,000 crore litres. The pH level of the water is very high and it cannot be brought to normal even after the use of lime.”

He added they had cautioned the Union ministry of power and the chief secretaries of Assam and Meghalaya of such a disaster because of mining in Meghalaya since 2009 after the effects of mining on the waters of Kopili was detected.

“We held a seminar on Pollution of Kopili Water and its Probable Effects on the Power Project in 2011 in Guwahati. We kept the governments informed of the warnings issued at the seminar. However, no action has been taken. Now it will take six to seven months for restoration and production of power,” Gupta said.

No contact could be made with the Dima Hasao district administration or Neepco as the project area has no mobile network connection.

Located on the Kopili river in Dima Hasao, the Kopili hydro-electric project was the maiden venture of Neepco which generate 275MW when it was commissioned in 1976. Assam gets 150MW of power from the project.

The project has two dams and two reservoirs, one on the Kopili and the other on the Umrong stream (where the blast took place), a tributary of the Kopili.

The council’s Kamrup district president Enindra Marak told a gathering of residents of 35 villages of Assam and Meghalaya at Ukium, about 75km from Guwahati, on Friday that the dam would generate 55MW of electricity, but destroy the aquatic ecosystem of the area and would turn Ukium villagers refugees. The villagers and several organisations resolved not to allow construction of the project under any circumstances. Kamrup district zilla parishad member Golap Medhi and leaders of Garo Women’s Council and Garo Youth Council attended the meeting.