Gohain, a four-time MP, has represented the constituency since 1999 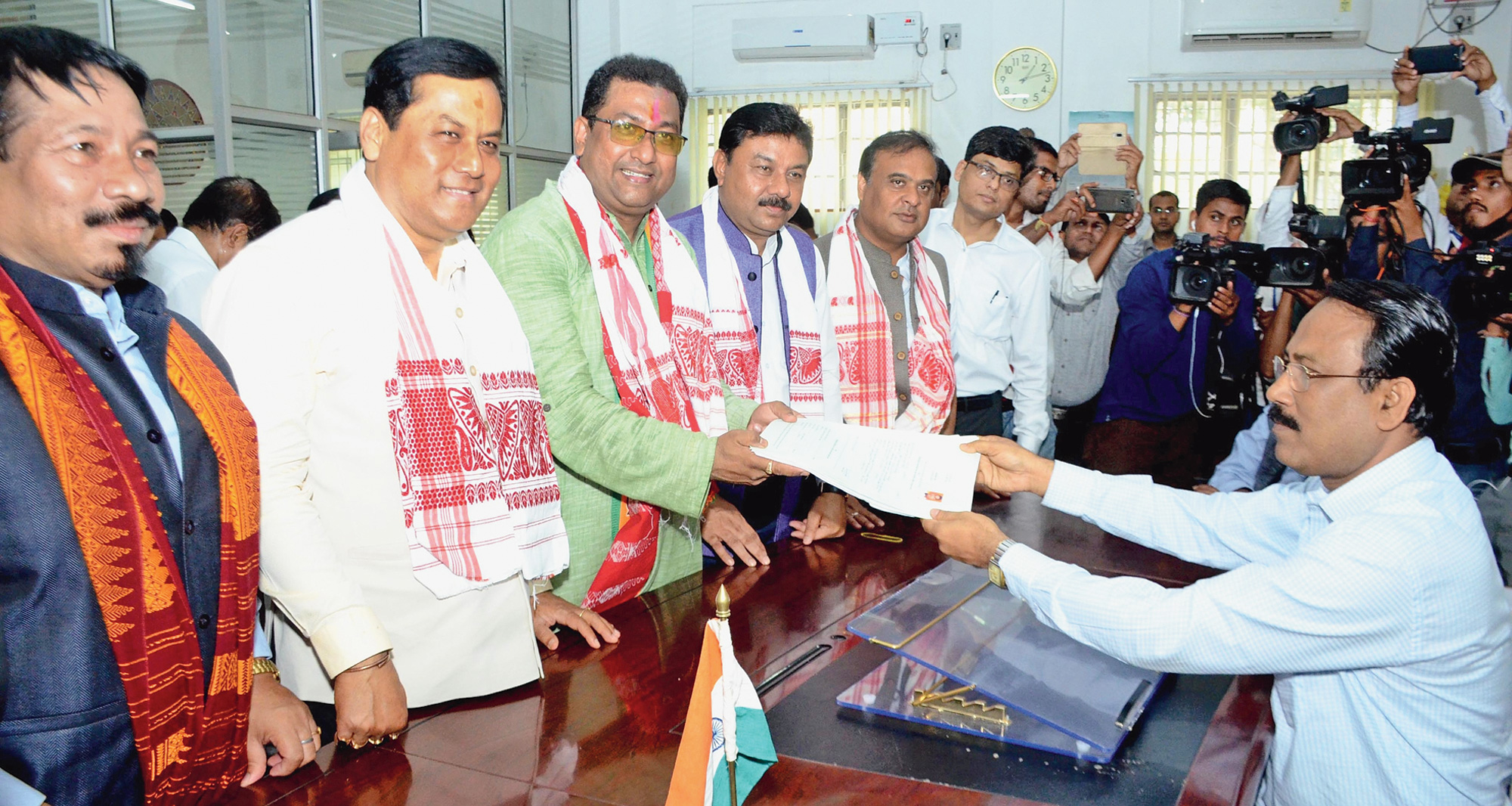 The BJP has dropped sitting MP and Union minister of state for railways Rajen Gohain and replaced him with Nagaon MLA Rupak Sarmah for the Nowgong Lok Sabha seat.

Gohain, a four-time MP, has represented the constituency since 1999.

Sarmah’s name was finalised at a meeting of BJP’s central election committee held under the presidentship of Amit Shah in Delhi late on Monday night.

Gohain had earlier announced that he would not contest the election because of a rape case pending against him at a Nagaon court but was back in contention after Gauhati High Court quashed the rape case on Monday. He even collected nomination papers on Monday in the hope of getting the party ticket.

The high court quashed criminal proceedings against Gohain in the rape case after the alleged victim testified in court that the FIR was lodged because of a misunderstanding and the matter had been amicably settled.

“I am honoured to be nominated as the BJP candidate for this prestigious constituency, which is known as the cultural capital of Assam. My sincere gratitude to the party’s central and state leadership, workers, supporters and well-wishers for believing in me and having faith in me,” Sarmah said.

“The surge of BJP is visible all over and the air is filled with exuberance and positivity,” Himanta said in Nagaon.

Gohain was conspicuous by his absence when Sarmah filed his nomination, fuelling speculation that Sarmah may not get the sitting MP’s wholehearted support in the elections. Sarmah had visited Gohain’s residence in Nagaon in the morning but failed to meet him as he was not in.

“I am expecting his full cooperation since he himself had told the media that he would support whoever the party nominates from Nowgong,” he added.

Sarmah is up against Congress candidate and former cabinet minister Pradyut Bordoloi, who also filed his nomination on Tuesday. Like Sarmah, Bordoloi was accompanied by hundreds of supporters while filing his nomination.