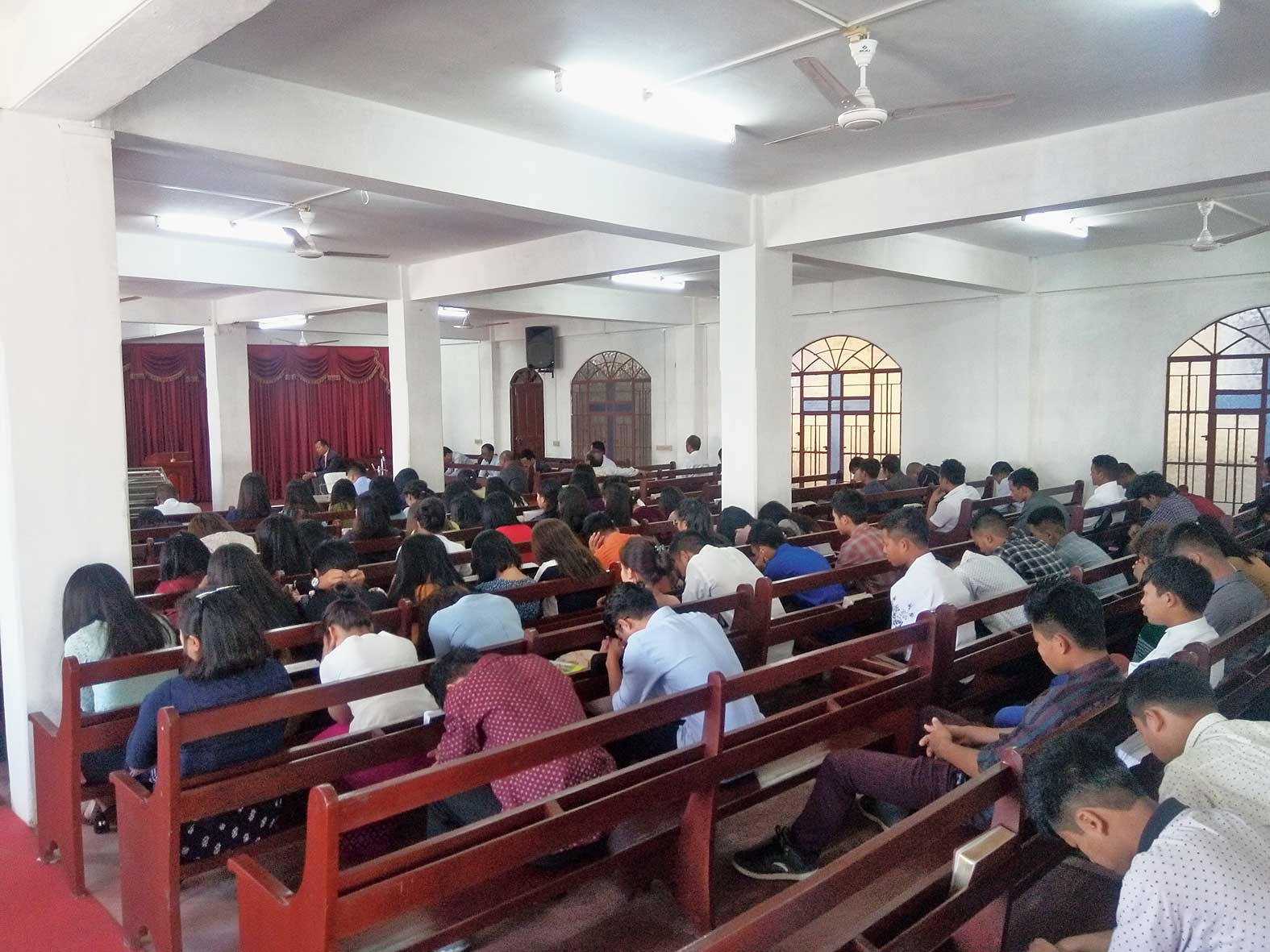 All churches of Mizoram held mass prayers since Saturday night, seeking God’s intervention to contain the coronavirus pandemic, sources said on Sunday. The churches took the initiative responding to the appeal made by the Mizoram Kohhran Hruaitute Committee (MKHC) on Thursday.

A church leader said the prayers were held to seek divine intervention to ensure that Mizoram remains safe and the global outbreak is fully contained.

He added that church members were also instructed to avoid spreading rumours and refrain from hoarding essential commodities and hiking their prices.

The MKHC is the conglomerate of church leaders committee involving at least 15 major churches in the state, including Mizoram Presbyterian Church and Baptist church of Mizoram.

The committee had also asked people to respect the government’s preventive measure and refrain from hoarding food items and raising their prices.

Mizoram health principal director F. Lallianhlira said at least 135 people have been quarantined at home till Sunday as a precautionary measure.

“They were more or less self-quarantined though they did not have symptoms of coronavirus. The health department is closely monitoring the situation,” Lallianhlira said, adding that a person has been self-quarantined at a hospital in Thenzawl near Aizawl with the consent of her relatives and local leaders.

He said the self-quarantined people have travel history to virus-affected countries like Saudi-Arabia, Italy, Iran and France.

Eight persons, who have been put under home quarantined, has been discharged after completion of isolation period, he added.

Lallianhlira said all samples sent to Gauhati Medical College and Hospital have tested negative. The state government is grappling with a tough screening task along the Mizoram-Assam border due to a large number of commuters coming in daily, he added.

The official said nearly 1,400 people are being screened every day at three counters in Vairengte near the Assam border.

The government is planning to deploy more medical teams and the matter will be discussed in a meeting on Monday, he added.