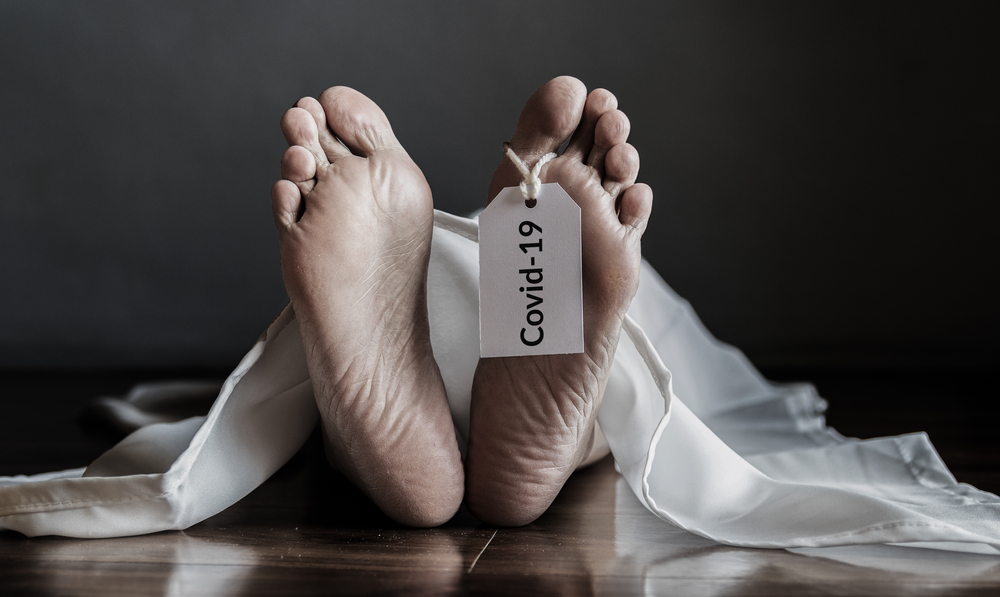 His body will be cremated in Calcutta as it could not be brought to Aizawl because of the Centre’s guidelines and protocol for disposal of Covid-19 bodies
(Shutterstock)
Henry L. Khojol   |   Aizawl   |   Published 04.05.20, 09:27 PM

A 74-year-old man from Mizoram, who had tested positive for Covid-19 in Calcutta, died on Sunday night, an official said on Monday.

The patient, who was undergoing treatment for cancer, tested positive for the virus along with another man from Mizoram on Friday, state nodal officer of the Integrated Disease Surveillance Programme (IDSP) and epidemiologist Dr Pachuau Lalmalsawma told The Telegraph.

He said the patient arrived in Calcutta in March and was diagnosed positive while undergoing treatment at AMRI hospital in Salt Lake.

His body will be cremated in Calcutta as it could not be brought to Aizawl because of the Centre’s guidelines and protocol for disposal of Covid-19 bodies, he said. His ashes would be brought to his hometown on the Mizoram-Assam border, he added. The official said the patient had been in critical condition even before he tested positive.

Meanwhile, an elderly woman from Mizoram, who is undergoing treatment for certain illness at AMRI hospital, tested positive for novel coronavirus on Sunday.

An official in the Calcutta Mizoram House said the patient was discharged from the hospital on April 28 and when she went for a re-check on Saturday, she tested positive.

Another 10 patients from Mizoram are undergoing treatment for different ailments at AMRI hospital.

There has been fear of contagion among patients and attendants lodged at Mizoram House after three persons, who are undergoing treatment at AMRI hospital, tested positive. An attendant alleged poor management and medical care at the hospital. She added that local residents near Mizoram House also began to ostracise the Mizos lodged there.

AMRI hospital authorities could not be contacted.

Officials of the state health department said the lone patient in Mizoram, who is undergoing treatment at Zoram Medical College is improving. State health minister R. Lalthangliana said results of his four samples sent to Viral Research and Diagnostic Laboratory in Silchar on Friday have come negative on Monday. Four of the eight Covid-19 patients in Mumbai Mizoram House have recovered, two await confirmation and another two are positive.