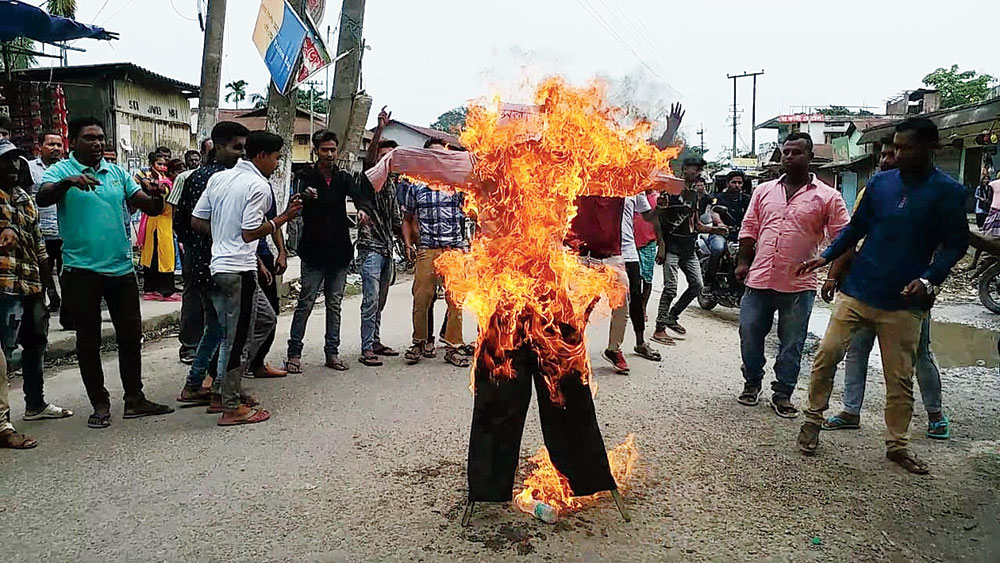 The All Assam Minorities Students’ Union has threatened a massive movement in Upper Assam after Id if Assam police sub-inspector Md Sanaullah is not released unconditionally.

AAMSU’s Tinsukia division secretary Mohammad Firjur Rahman told reporters in Tinsukia town on Saturday, “It is unfortunate that Mohammad Sanaullah, 52, who furnished documents showing that he served the Indian Army for 30 years, was arrested on Tuesday and sent to a detention camp after a tribunal declared him a foreigner.”

He said, “We demand his unconditional release, failing which we will launch a massive movement in Upper Assam in a democratic way and should not be held responsible for any untoward incident that takes place.” The names of Sanaullah, a Kargil war veteran, his wife and three children had not figured in the draft NRC published last year.

Rahman alleged imperfect investigation in many NRC cases. “Sanaullah was declared a foreigner without his documents being checked or anyone meeting him,” he alleged. AAMSU publicity secretary Mohammad Bilal Sheikh Hussain alleged a conspiracy.