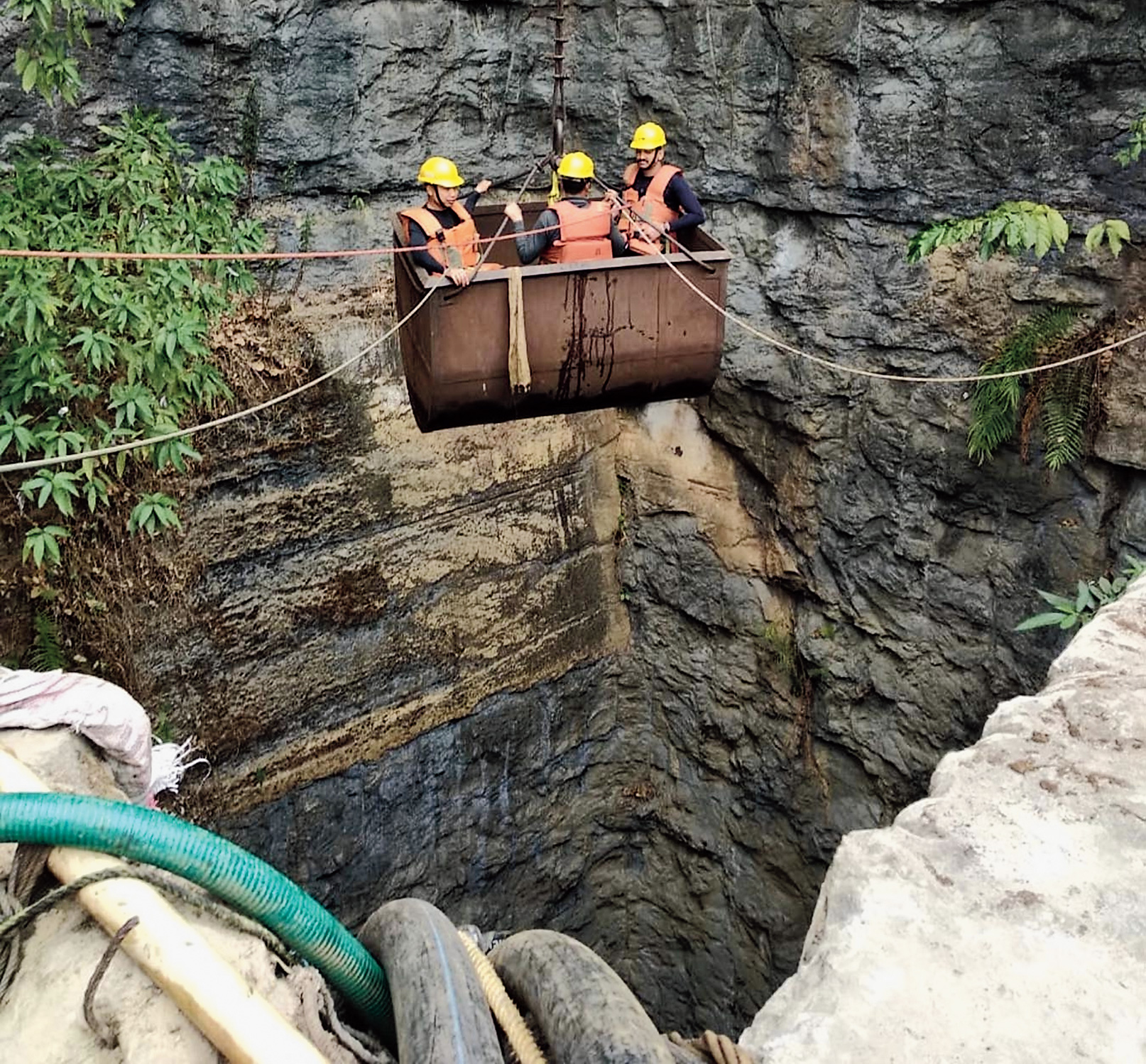 There seems to be no hope at the end of the tunnel for the 15 labourers trapped in a coal mine in Meghalaya’s East Jaintia Hills a fortnight ago, as search operations have been suspended by the Meghalaya government for the want of high-powered pumps to flush out water from the pit.

Nearly four years after the National Green Tribunal (NGT) ordered a ban on coal mining in Meghalaya, illegal practices continue unabated in the state, putting lives at risk every day.

A top police officer said it took them long to locate the quarry as local people were scared to divulge information, fearing a backlash from mine owners.

“It took the police hours to locate the mine as the villagers feigned ignorance about the accident. They are afraid that the mine owners might cause harm to them. Some, who consider mining to be their only means of livelihood, fear police action, as it may add to their woes,” he said.

A month ago, rights activist Agnes Kharshiing and her companion were attacked by suspected members of a coal mining mafia in East Jaintia Hills district.

Kharshiing had reportedly captured photographs of illegal rat-hole mining in the district and was stopped by miscreants on her way back.

According to government reports, coal mining industry was among the biggest revenue earners for the state, generating about Rs 700 crore annually, prior to its ban in 2014.

The NGT had cited safety of miners as one of the reasons when it clamped down on coal mining in the state.

“Despite limited police/security personnel, over 100 arrests were made and an equal number of coal-laden trucks seized since the ban was ordered,” Nongtynger said.

He said he had written to the headquarters for sanctioning of more posts in the district for effective implementation of the NGT order.

A three-member panel, formed in August by the NGT, is assessing the steps taken by the state government to restore the environment damaged because of rat-hole mining. Retired Justice B.P. Kakoti, who is heading the panel, visited East Jaintia Hills recently and sought help from North Eastern Space Application Centre in Umiam, near here, to use satellite imagery for authentic proofs of illegal mining.

“The judicial panel will submit a report before the NGT within a month and all facts and figures of the illegal mining activities will be taken into account,” he said.

A group of coal miners had challenged the ban on haulage of already extracted coal, following which the NGT relaxed transportation rules temporarily.

Earlier this month, the Supreme Court set January 31 as the deadline to finish transporting the extracted coal.

Opposition Congress leader H.M. Shangpliang accused the state government of facilitating illegal mining activities in the state. “Without the involvement of those in the government and their whole-hearted support, how can illegal mining and transportation take place openly?” he asked.

He also said the state government had failed to live up to its promise of curbing the menace.

“The government should provide alternative means of livelihood to the people in the mining areas who are affected by the ban,” he said.

Activist Kharshiing’s brother John, who heads an organisation of tribal body chiefs in the state, said, “The ban had come across as a rude shock to the mine owners, who just could not accept the fact that the NGT controlled activities on their land.”

Unlike other parts of the country, land in Meghalaya is owned privately or by a community under the customary laws and protected by the Autonomous District Councils formed under the Sixth Schedule of the Constitution.

“The local people still have a problem with the NGT ban. They are yet to come to terms with it,” he added.