Local Kung Fu 2, which opened to a good response last week, has run into the mighty Baahubali 2 - The Conclusion. 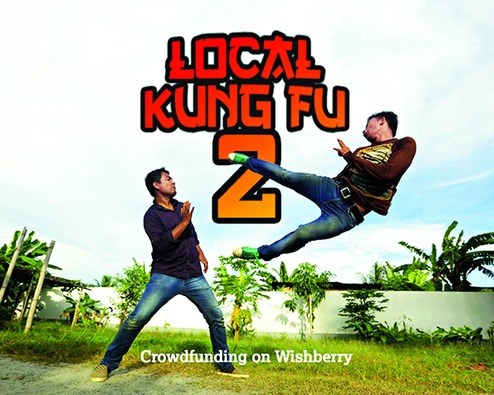 Guwahati, April 26: Local Kung Fu 2, which opened to a good response last week, has run into the mighty Baahubali 2 - The Conclusion.

The team of the Assamese film, the first instalment of which ( Local Kung Fu) acquired a cult following, today accused hall owners of planning to remove the film in favour of the big budget Baahubali 2, despite the former's houseful run in the state.

The local film industry has alleged a nexus between hall owners and film distributors.

Kenny Deori Basumatary, the director of Local Kung Fu 2, said this afternoon, "We witnessed the success of Local Kung Fu 2 with our own eyes from the houseful shows at PVR Guwahati in the first few days. The audience really appreciated the film and we got a standing ovation after the show. We also came to know that Inox Jorhat was houseful on the first day. Some halls were unable to give us good show timing but after the success of the film on its first two days, we eventually got evening shows in a few halls."

Baahubali 2, made on a budget of Rs 250 crore, releases this Friday in nearly 9,000 screens, something which a local film industry source, in reaction to the latest controversy triggered by today's accusations, said was a "battle of unequals" given the film's scale and reach compared to Local Kung Fu 2, which released on April 19 in 43 screens.

"It is a David versus Goliath case. But some space needs to be created for local talent. The local industry too needs to check the timing of their releases against Bollywood releases which sustain the hall owners. A holistic view needs to be taken," he said.

According to Durlov Baruah, executive producer of the film made on a budget of Rs 30 lakh, said it has collected about 6.5 lakh so far, which, according to film industry sources, was good.

"Shows at PVR Guwahati, Inox Jorhat, Anuradha Guwahati and various places in Assam had over 80 per cent occupancy," said Barua.

Local Kung Fu 2 is based on William Shakespeare's Comedy of Errors, with its dialogues becoming popular among the youth.