The bridge, between Tidding and Hayuliang towns, across the Tilua, was built by the BRO 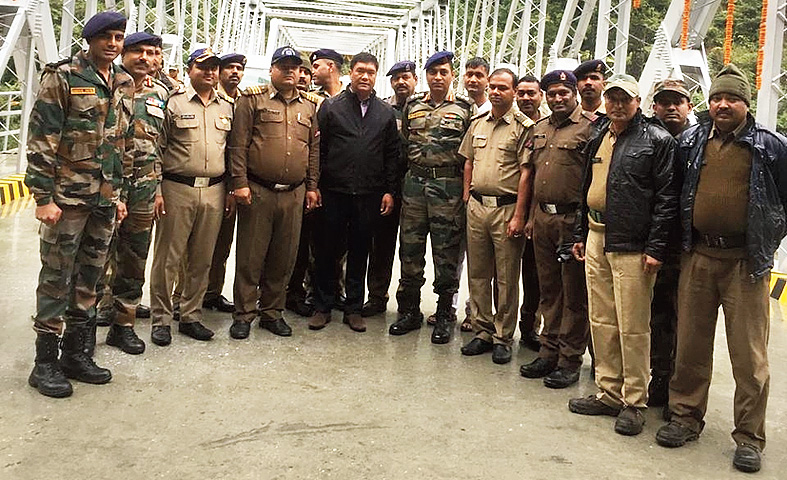 Arunachal Pradesh chief minister Pema Khandu inaugurated a bridge between Tidding and Hayuliang town, across the Tilua river, in the state’s Anjaw district on Tuesday morning.

The 110-metre-long steel superstructure bridge, constructed by the Border Roads Organisation (BRO) under Project Udayak at a cost of Rs 7 crore, will facilitate the movement of heavy armed machineries towards the international border with China.

The commander of 48 Border Road Task Force, Col Rajeev Dhingra, said, “This is the longest steel superstructure bridge launched departmentally by the BRO, replacing the 360-feet Bailey bridge.”Addressing a Arunachal Rising campaign rally at Tezu, headquarters of Lohit district, he said Hollongi greenfield airport project would soon see the light of day. “Prime Minister Narendra Modi is expected to visit the state in January and he will lay the foundation stone for the airport,” he said.

The state Congress alleged that the Khandu-led BJP government was fooling people in the name of districts and Arunachal Rising campaign.

Referring to the new Lepa Rada, Pakke-Kesang and Shi Yomi districts, PCC president Takam Sanjoy said how could the districts run without the creation of any posts and adequate manpower. On the campaign, he said it has only been causing trouble to the public.