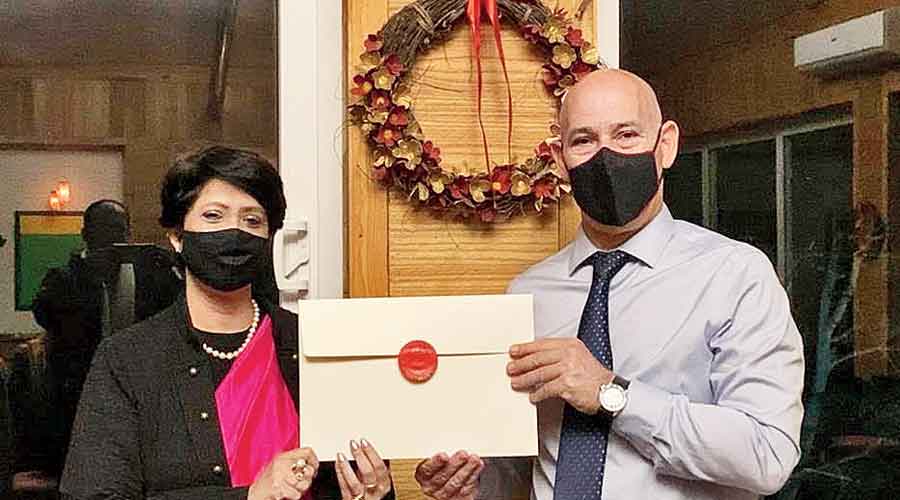 Israel has appointed Joyshree Das Vermas as its honorary consul in Northeast India to further boost its presence and collaboration in the region.

Vermas will be based in Assam with jurisdiction over the northeastern states of Assam, Arunachal Pradesh, Nagaland, Manipur, Mizoram, Meghalaya, Tripura and Sikkim.

The development is a huge boost for the region as well as Assam where Bhutan opened a consulate general’s office in 2018 and before that Bangladesh set up the office of Assistant High Commissioner to India in Guwahati. Both offices are in Assam capital Guwahati, known as the gateway to the northeast.

During his visit to the region in November, Malka had held official meetings with the chief ministers of the states, where collaboration on a range of subjects including agriculture, water management, tourism, horticulture, fisheries and dairy were discussed. He had said in Tripura that his country was eager to strengthen its ties with the region by sharing technology to boost the region’s manufacturing capability.

Announcing the appointment, Malka said, “The relations between our two countries are growing and expanding rapidly. We are now going to take it forward and increase our presence in the North-East India. I am proud to present the credentials of Israeli honorary consul to Mrs Joyshree Das Vermas, who will work with us to further strengthen our growing partnership in this region.”

The embassy aims to identify all possible areas of cooperation in the region, where Israel can bring in expertise and advanced Israeli technologies to benefit people in the region.

One of the highlights of Malka’s visit was the ambassador laying the foundation stone of a Centre of Excellence (CoE) for vegetables in Khetri, Assam.

The region’s first Indo-Israeli Centre of Excellence was inaugurated in Mizoram in 2018. It has become a strong, sustainable platform for addressing challenges via applicable research and introduction of relevant, innovative Israeli agro-technologies, tailored to the needs of local farmers.

On her appointment, Vermas said: “I am immensely honoured and humbled to represent Israel as Honorary Consul for the Northeastern states. This all-encompassing role excites me greatly as there are vast possibilities & opportunities to leverage Israel’s technology and expertise in various areas. I am pledged to work in the best interests of Assam and all the northeastern states.”