At least 180 people have died and more than 89.13 lakh people suffered cumulatively across 34 districts since April 6 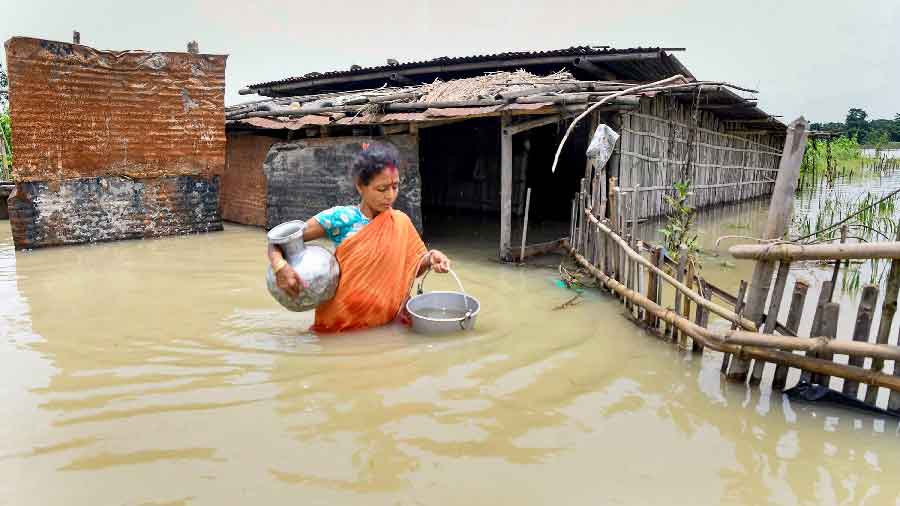 In flood-hit Assam, LPG delivery vans of PSU major Indian Oil Corporation (IOC) have been replaced by boats for the seamless supply of the fuel to keep the burner flames on, a senior official said on Tuesday.

At least 180 people have died and more than 89.13 lakh people suffered cumulatively across 34 districts since April 6 in one of the worst floods Assam witnessed in recent times.

"Indian Oil rose magnificently to the occasion and ensured an uninterrupted supply of LPG as well as petrol and diesel to affected areas. Our dealers and distributor network rolled up their sleeves and also made food and water available to stranded people," he added.

"The LPG door-to-door delivery continued through boats. Boats replaced delivery vans. This resulted in achieving an enviable LPG cylinder backlog in Assam of only 1.03 days during the peak of floods last week," he said.

Currently, the backlog period for delivery of LPG cylinders has improved to 0.7 day for the entire state, the official said.

Ramesh claimed that the waiting period for LPG cylinders in Silchar town and other places of Cachar, Karimganj and Hailakandi districts of Barak valley, which saw unprecedented flooding this time, is just 1.88 days at present.

He said that the retail outlets were instructed to prioritise the supply of diesel to mobile tower operators to keep the communication channels alive in the face of continuous power cuts during the massive deluge.

The government deployed NDRF, Army and Air Force, besides various state organisations, which required an uninterrupted communication network for relief and rescue operations.

"During this crisis, the efforts of the entire team of Indian Oil, primarily our frontline workers, comprising the location staff, contract workers, tank truck crew, security guards, LPG delivery boys, have been unprecedented.

"These people ensured an uninterrupted supply of essential petroleum products in the region. We are really proud of them and I am happy to be a part of this fabulous team," Ramesh said.

On Silchar, which was under water for more than 10 days, the official said the rail link was cut off for more than a month since the landslides in Dima Hasao.

"Landslides in Meghalaya further severed the connectivity of Silchar by road. However, our newly commissioned Moinarbond depot near the city proved to be a saviour. It fulfilled all the local fuel demand," he said.