The rally organised at Dhubapukhuri and attended by over 2,000 people 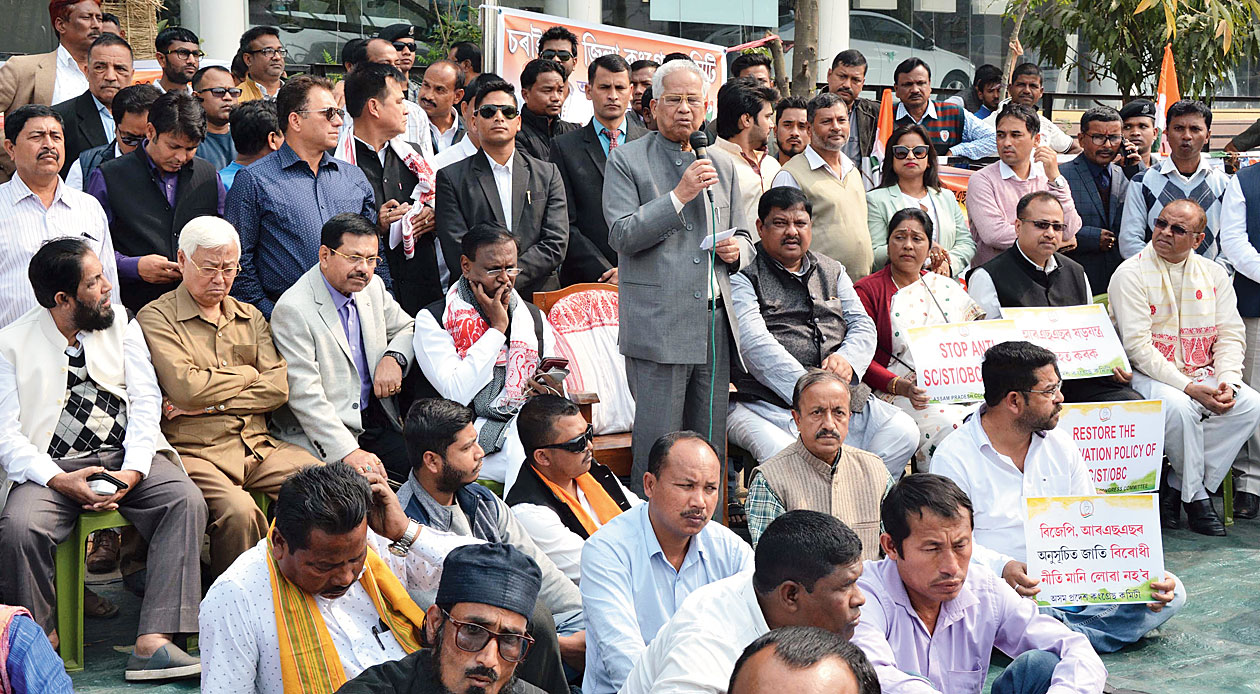 The Assam Congress on Saturday joined the nationwide protest against the Uttarakhand BJP government’s alleged claim that reservations are neither a fundamental right nor a constitutional duty.

It also submitted a memorandum to President Ram Nath Kovind.

Former MP and AICC spokesperson Udit Raj said here that the PCC would protest in all Assam districts against the BJP’s argument on the reservation issue. “Affirmative justice for SC (Scheduled Caste), ST (Scheduled Tribes) and OBC (other backward classes) is a cardinal principle that runs through our Constitution and its ethos. The BJP came to power with the slogan Sabka Saath, Sabka Vikas but it now seems to be turning into Sabka Saath Lekin Sabka Vinash.”

He said the “Congress-led freedom struggle” was not only a political movement but a social reform as well. It led to Independence and the carving out of a nation founded upon the intrinsic principles of justice, equality, liberty and fraternity among all castes, creeds and religions.

He said the Congress wants the SC/ST (Prevention of Atrocities) Act to be put in the Ninth Schedule of the Constitution or the protests would continue.

The Supreme Court had said on February 7, “States are not bound to provide reservation in appointments and there is no fundamental right to claim quota in promotions”.

In Guwahati, PCC leaders staged a dharna and submitted a memorandum to the President through the Kamrup (metro) deputy commissioner.

The PCC also organised the Janajagaran Padayatra in Upper Assam’s Tezpur town against the Citizenship (Amendment) Act. Congress leaders addressed a rally at Dhubapukhuri, which was attended by over 2,000 people. At the end of the programme, they submitted a memorandum to the President through Sonitpur deputy commissioner seeking his intervention on the reservation issue.

In Itanagar, the Arunachal Pradesh Congress demanded that the BJP-led government at the Centre enact a law that protects jobs and reservation to SC, ST and OBCs. The PCC, in a memorandum submitted to Kovind through governor Brig. (retd) B.D. Mishra, said “the party was shocked to learn that the BJP government in Uttarakhand had argued that reservations are neither a fundamental right nor a constitutional duty.”

It said that millions of SC, ST and OBCs are equal stakeholders in India’s democratic process. Taking a dig at the BJP, the Congress said “this was not the first time such a dilution has been attempted by the party”.