Freedom fighters had the vision to reconstruct political and economic institutions of India as an outcome of civilisational consciousness: Mukhi 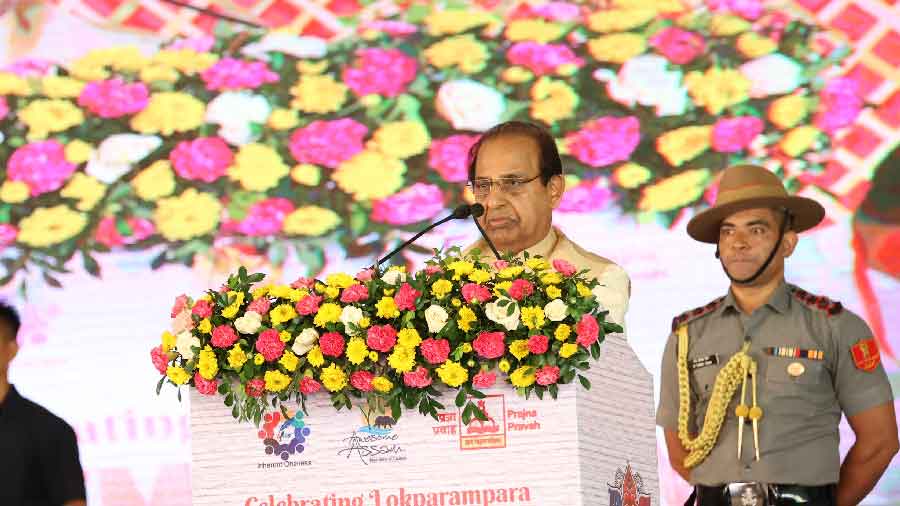 The Indian leadership "lost the spirit and vision" after attaining Independence and adopted the British institutional framework which was against the civilisation of the country, Assam Governor Jagdish Mukhi claimed on Thursday.

Speaking at the inaugural function of a cultural festival, 'Lokmanthan 2022', he said that leaders of the Indian freedom struggle were conscious of the country's past.

"The freedom struggle was inspired by (Bal Gangadhar) Tilak, (Mahatma) Gandhi, Aurobindo (Ghosh), (Sardar Vallabhbhai) Patel, (Netaji Subhas Chandra) Bose and others. These leaders had directed the freedom movement keeping the Indian ways and thoughts in the centre of their action," Mukhi said.

He said that the freedom fighters had the vision to reconstruct the political and economic institutions of India as an outcome of "civilisational consciousness, which made India one country, one people and one nation".

"After achieving Independence, the leaders at the helm of affairs seemed to have lost the spirit and the vision, which the freedom movement had evoked. They discarded the vision and adopted the institutional framework of administration created by the British which was quite alien to India's world-view," Mukhi said.

He termed it unfortunate that the post-Independence leaders could not comprehend India's inner vitality, which was the main force responsible for the country's survival despite several attacks and prolonged foreign rule.

"This parasitic view of the leaders during the country's Independence from the British failed to rekindle the spirit of India," he said.

The Governor also claimed that India has one of the most ancient civilisations in the world and has always been looked upon as a land of wealth and wisdom.

"The country has been credited to have developed Philosophy and Mathematics, Science and Technology of a very high order. This great nation's contribution to the march of civilisation goes back to several thousand years even before the Christian era," he said.

The present government is making efforts to reorient the polity and the social system in consonance with the strong points of the Indian psyche to realise future glory.

"We have kept the doors and windows open to have a clear understanding of the global scenario and how, without destroying our uniqueness, we can assimilate the best to regain our lost glory for our mission of 'Ek Bharat Shreshtha Bharat'," he added.