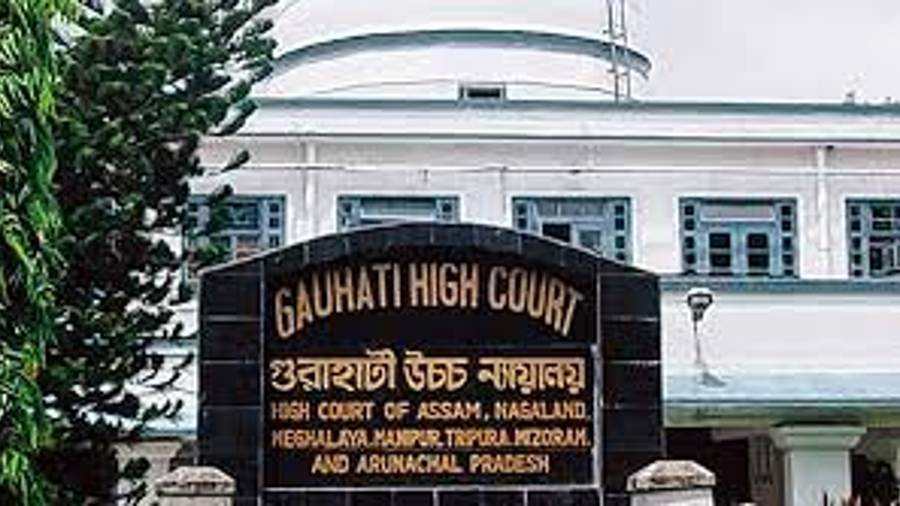 Gauhati High Court has set aside the order of a Foreigner's Tribunal in Assam which had declared a person who had migrated from erstwhile East Pakistan (now Bangladesh) as a foreigner and asked him to apply for citizenship under the Citizenship (Amendment) Act.

The order was passed in the judgement to a writ petition filed by Bablu Paul alias Sujit Paul of Karimganj district of Assam by a High Court Bench comprising Justices N Kotiswar Singh and Malasri Nandi.

The Foreigners' Tribunal-II of the district had in May 2017 declared Paul a foreigner who came to India illegally from Bangladesh on or after March 25, 1971.

The High Court in its order said that Paul was about two years old when he entered India with his father Boloram Paul and grandfather Chintaharan Paul on September 30, 1964 from the then East Pakistan, which became Bangladesh on March 26, 1971.

According to the petitioner, his grandfather had entered through West Bengal but thereafter settled in Assam and his name appeared in the voters' list of the state in 1966. He died later.

The Tribunal also noted that the petitioner had studied upto class five in Gandhi Colony Madhyamik Vidyalaya in Kolkata and after attaining his majority was engaged in jewellery business at Jadavpur area of that city.

"... It is on record that the petitioner came to Patharkandi, Karimganj, Assam, only in the year 1984 and settled there and started his jewellery business," said the High Court judgement on December 14, 2021.

The judges said that considering the evidence on record, there is no doubt that the petitioner had entered India in 1964 and thereafter stayed in Calcutta (now Kolkata) till 1984, then shifted to Assam and settled in the state.

"The question which naturally will arise is, what will be the status of the petitioner, who had entered India in the year 1964 from East Pakistan and continued to stay in India? Is he to be declared a foreigner?" they wondered.

The two-judge bench expressed its inability to declare Paul as an Indian citizen as claimed by him as he was not born in this country but in East Pakistan, now Bangladesh, and entered India in 1964.

As to whether a person who enters India in 1964 from East Pakistan can be considered to be an Indian or not, there is no provision under the Citizenship Act, 1955 except for Sections 6A(2), the judges said.

"Under Section 6A(2) of the Citizenship Act, 1955, a person entering India before 01.01.1966 can be deemed to be a citizen provided he enters Assam from the specified territory (East Pakistan) and he has been ordinarily residing in Assam after the date of entry," the bench said.

According to the Assam Accord, foreigners entering Assam on or before March 25, 1971 can get the benefit of citizenship if they register themselves before the competent authority. Those who entered the state after the date will be declared as foreigners.

The High Court said that as the petitioner did not enter Assam but West Bengal and also as he has not been a resident of Assam after his date of entry in 1964, he cannot get the benefit of deemed citizenship under Section 6A(2) of the Citizenship Act, 1955.

"Under such circumstances, the question which arises is, whether the petitioner will be declared a foreigner, in which event, he will be liable to be deported also," it said.

The bench then pointed to the Citizenship (Amendment) Act, 2019 (CAA), which said any person belonging to Hindu, Sikh, Buddhist, Jain, Parsi or Christian community from Afghanistan, Bangladesh or Pakistan, who entered India on or before December 31, 2014 shall not be treated as an illegal migrant.

Such immigrants are also exempted from the Passport (Entry into India) Act, 1920, the Foreigners Act, 1946 and any rule or order made thereunder, it added.

The Gauhati High Court directed the petitioner to make an application for registration as citizen of India under Section 5 of the Citizenship Act, 1955 immediately before the competent authority.

The competent authority on receipt of the application will pass appropriate orders regarding citizenship of the petitioner. Till the consideration of the application, he will not be subjected to any coercive action by the state/authorities, the HC ordered.