Five trapped in Meghalaya coal mine 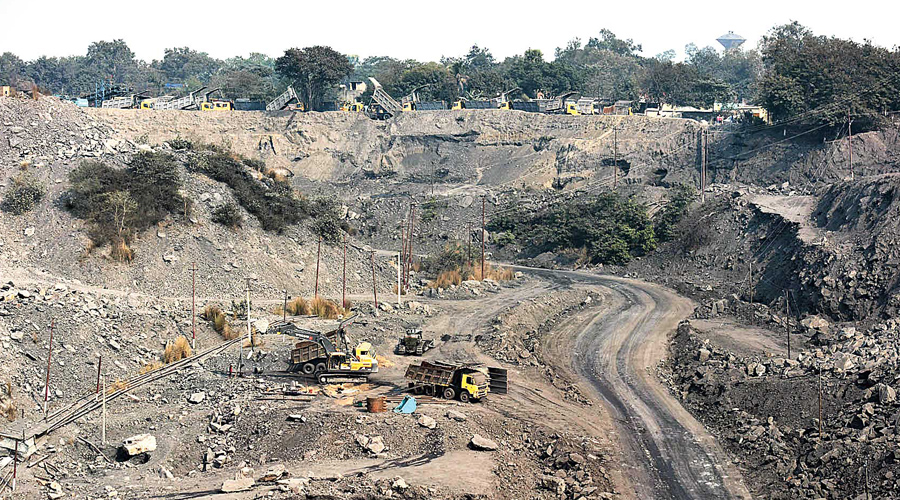 At least five miners, including four from Assam, are feared trapped in a coal mine in neighbouring Meghalaya’s East Jaintia Hills district since Sunday night after it was flooded following the “explosion of dynamite”.

The fifth miner is from Tripura.

This is the second mine mishap to have taken place in the Meghalaya district since January. Six labourers from Assam had perished in the January mishap at the mine, which is located around 30km from the site of Sunday’s incident. In December 2018, 17 labourers were killed at a mine in Ksan located in the same district.

Sources said these mine mishaps expose the dangers of rat-hole coal mining continuing in Meghalaya, though it has been barred by the National Green Tribunal in 2014.

Senior leaders from the Opposition Congress and the United Democratic Party (UDP), a constituent of the ruling coalition, have expressed concern over the mishap.

Former Congress chief minister Mukul Sangma tweeted: “... illegality of this scale cannot happen without patronage by people in authority — both illegal mining of coal & its illegal transportation goes on under the watch of the Government.”

According to Cachar superintendent of police V. Nimbalkar, at least six miners are trapped in the 500-feet coal mine which was located by East Jaintia Hills police around 6am on Monday, the delay attributed to inclement weather, poor night vision and the lack of any eyewitnesses.

However, six eyewitnesses on Monday evening “narrated” the events leading to the May 30 mishap at the Sutnga Interior mine.

According to them, five persons got trapped after water rushed into the mine and left it inundated in no time following the “sudden explosion of dynamite”.

East Jaintia Hills superintendent of police Jagpal Singh Dhanoa the eyewitnesses have named one Nizam Ali as the person overseeing operations at the mine but “who did nothing to rescue the trapped labourers”. Ali had allegedly threatened the survivors with dire consequences and chased them away, the police said.

Based on the account of the eyewitnesses, a case has been filed at Khliehriat police station and security provided to the survivors. One person has been detained for questioning but he too had tested positive for Covid-19. Both Ali and the mine owner are absconding.

Officials said equipment has been mobilised to enter the mine in search of the trapped miners on Wednesday.

The East Jaintia Hills police have released two telephone numbers (7005286235 and 7005933923) to provide information about the missing persons.