2 patients recover in Assam, 1 in Tripura 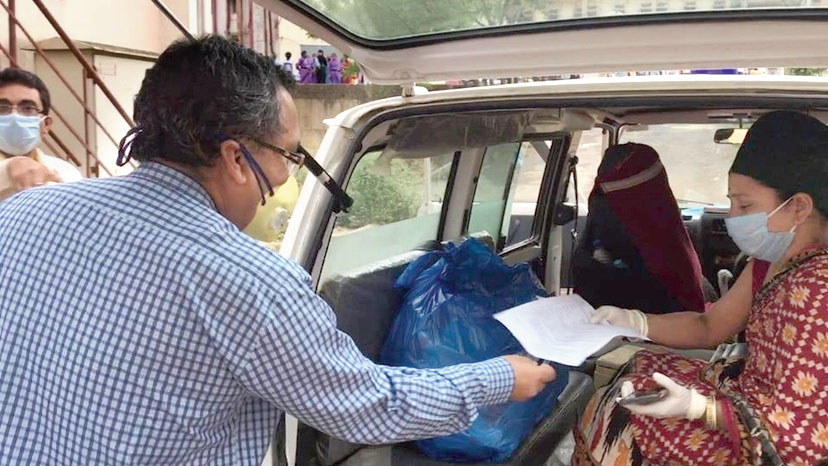 Meghalaya woke up to a gloomy Wednesday with news about the demise of the state’s first Covid-19 patient.

This is the second coronavirus death in the Northeast, the first being reported from Assam’s Hailakandi district. Overall, 45 persons have tested positive in the region till date, of which 32 are in Assam.

Another worrying news in Meghalaya that came in later in the day was that six people, who are reportedly related to the patient, have also tested positive for coronavirus.

The patient, 68, a renowned medical practitioner and director of Bethany Hospital here, had tested positive for the virus on Monday and died around 2.30am at the hospital. However, it is still unclear how he contracted the virus.

“It is with utmost grief that I announce the first Covid-19 death in the state of Meghalaya at 2.30am today,” Meghalaya commissioner and secretary (health) P. Sampath Kumar said in a statement.

Kumar said since the detection of the first case in the city, 185 samples had been collected, of which 161 were from East Khasi Hills district and 24 from Nongpoh in Ri Bhoi. In the first batch, 68 samples were sent to NEIGHRIMS here for testing, of which six were positive. These include three women, two men and a child. Another six samples have been sent for reconfirmation, he added. The Bethany Hospital also runs the Bethany Outreach Hospital at Nongpoh, 53km from here.

Chief minister Conrad K. Sangma tweeted: “Of the 68 tested so far, 6 have come out positive who are all family members and helpers of the first #Covid19 positive case. 6 other cases are being retested. All the rest of the cases are negative.”

On Tuesday, the health department had said that 50 samples sent to Gauhati Medical College and Hospital had tested negative. The government is awaiting the results of 43 samples sent to Barpeta Medical College. Some samples were sent to GMCH and Barpeta because of the urgency of the matter and limited capacity of the testing facility at NEIGHRIMS.

Samples of all the medical staff and in-patients of Bethany Hospital, Shillong, were taken on Tuesday.

Assam cases: The first two of the Covid-19 patients in Assam have recovered. They were released on Wednesday from Sonapur health centre on the outskirts of Guwahati. Assam now has 29 patients in hospitals while two have recovered and one had died.

He said the patient, who tested positive on April 6, had been tested again and the report was negative. She was discharged from G.B. Pant hospital here at 3pm. She will be put under quarantine in Gomati district, from where she hails, for monitoring. If everything goes well, she can leave for home.

The second Covid-19 patient, a Tripura State Rifles jawan, who had tested positive on April 10, is also stable. Debbarma said if everything goes well, he would be discharged within the next few days.

Tripura chief minister Biplab Kumar Deb posted on Facebook: “Glad to share that first #COVID19 positive patient of Tripura has been discharged today, as she has recovered & found negative in consecutive tests. She has been sent for institutional quarantine for 14 days under medical supervision at Udaipur. I Pray to Mata Tripurasundari so that State turns Corona free soon”