The proposed Etalin hydroelectric project of Arunachal Pradesh has been kept on hold by the forest advisory committee of the Union ministry of environment, forests and climate change, citing a large presence of tigers and the country's richest biodiversity zone. 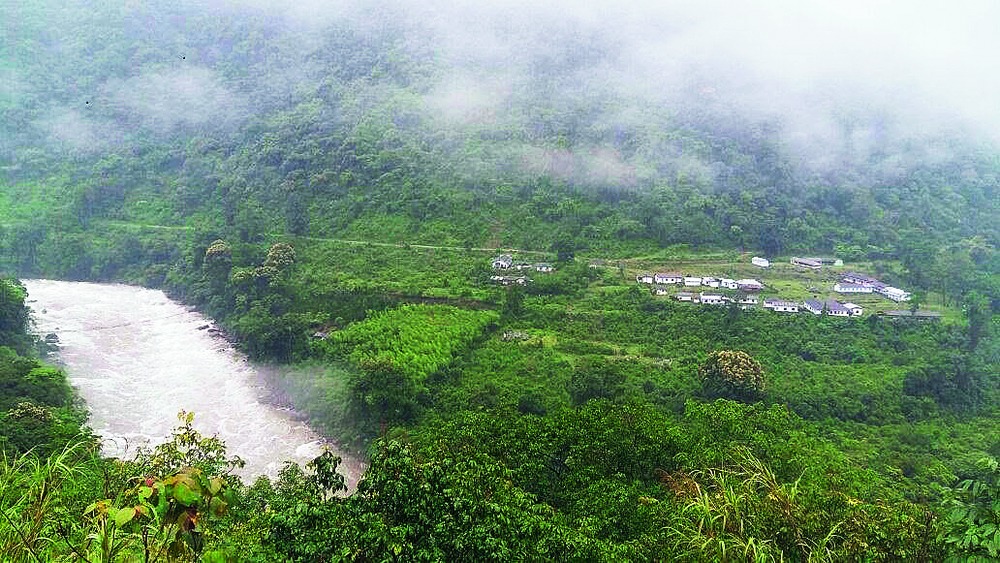 Guwahati, March 17: The proposed Etalin hydroelectric project of Arunachal Pradesh has been kept on hold by the forest advisory committee of the Union ministry of environment, forests and climate change, citing a large presence of tigers and the country's richest biodiversity zone.

"This area has more biodiversity than any other part of the country. An independent study, using camera traps, captured 12 tigers and eight clouded leopards at various locations in the Dibang valley. Above 60 per cent of the camera traps were placed outside Dibang wildlife sanctuary, which shows that both the species are not only abundant but also widespread," the committee said in its report, which was made public today.

The 3,097MW hydel project, the biggest in the country, proposes to fell 2,80,677 trees during construction and involves a diversion of 1,165.66 hectares of forestland.

The committee said the proposed project falls under the richest bio-geographical province of the Himalayan zone and is one of the mega bio-diversity hotspots of the world "The chief conservator of forests, Arunachal Pradesh, however, mentions only a few mammals and plant species. In fact, this area has more biodiversity than any other part of the country," the report says.

Six globally threatened mammal species are found in this region, of which, three are endangered and the others are under the vulnerable category. About 680 species of birds have been recorded from this region, which is about 56 per cent of the total bird species in the country. Among them, 19 are globally threatened and 10 near threatened. It also has three rare restricted range endemic species.

"This makes the area a very important place in terms of globally threatened bird species," the report says.

The committee has recommended multiple studies on biodiversity assessment by an internationally credible institute, as the current study (environment impact assessment) is completely inadequate in this regard.

The report also suggests that views of the National Tiger Conservation Authority should be taken as this is a vital tiger area of the region and a number of representations have been received regarding the project.

The project is being executed by Etalin Hydro Electric Power Company, a joint venture company of Jindal Power Limited and Hydro Power Development Corporation of Arunachal Pradesh Limited (a state government undertaking). The project has already got environment clearance. Its estimated cost is Rs 25,296.95 crore and it is proposed to be completed in seven years.

The project located in Dibang Valley district envisages the construction of two dams - a 101.5m high dam on Dri river near Yuron village about 22km from Etalin and a 80m high dam on Tangon river about 800 metres downstream of Anon Pani confluence with Tangon river. The Dri and Tangon are tributaries of the Dibang.

The committee has asked the project authorities to reduce the area for construction and dumping as the regional office of the ministry had not recommended the proposal in its present form. It has also called for submission of a relief and rehabilitation plan and a catchment area treatment plan.