Jumbo that strayed killed by train in Jorhat

Forest officials were busy monitoring a herd, and did not realise that one male had strayed 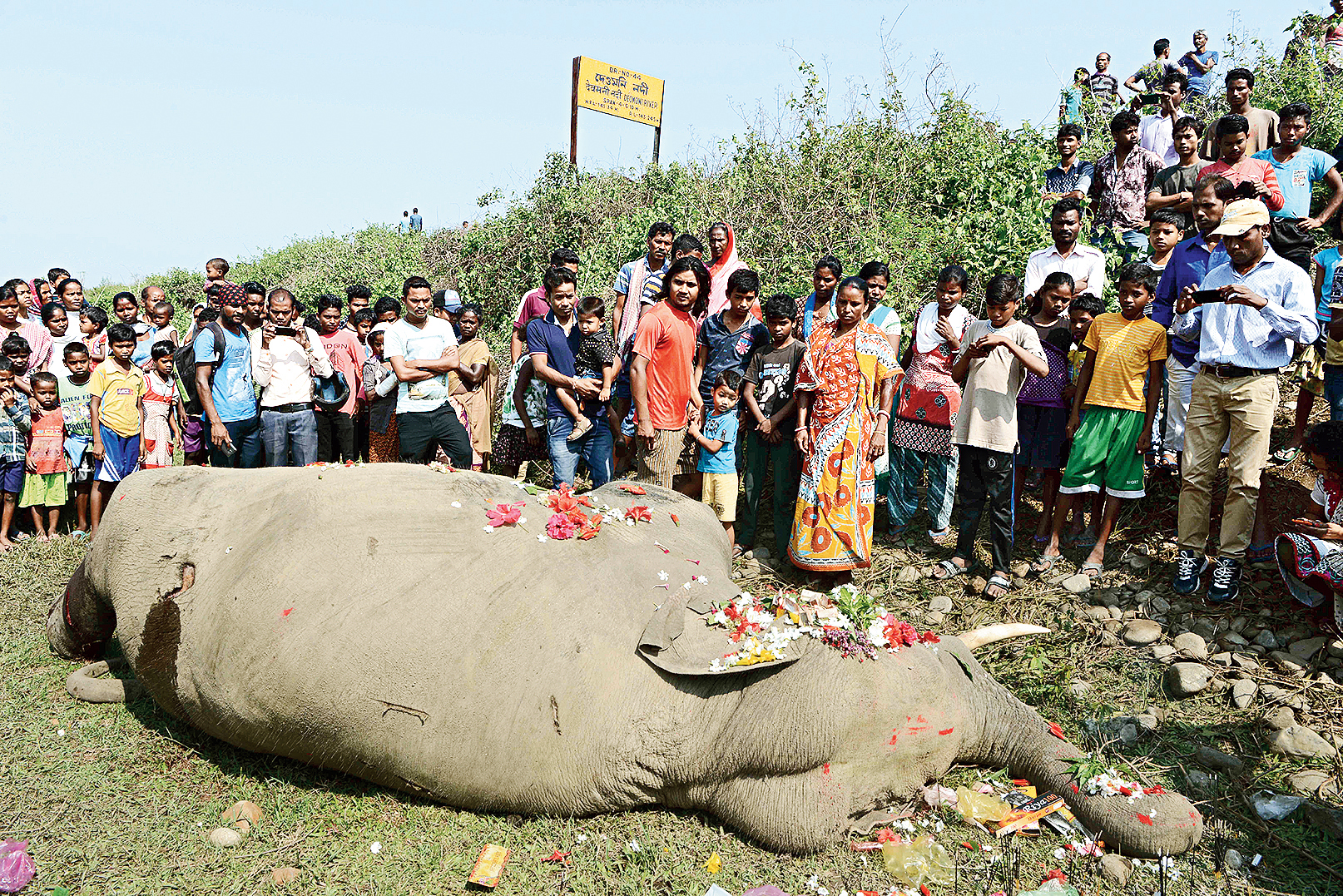 Carcass of an elephant that was run over by a train in an earlier accident on the tracks
Telegraph file picture
Our Special Correspondent   |   Guwahati   |   Published 21.11.18, 09:19 PM

A seven-year-old male elephant was mowed down by a passenger train in Titabar in Jorhat district on Wednesday.

The incident took place soon after the animal got separated from its herd and came towards railway track without the knowledge of the field staff, who were busy controlling another larger herd.

The front luggage-cum-parcel van of the Guwahati–Ledo Intercity Express derailed after hitting the animal at a spot between Titabar and Mariani stations under Tinsukia division of the Northeast Frontier Railway (NFR). The train was running at 60km per hour when the incident took place.

“The herd, from which the elephant got separated, was taking shelter in Bokaholla tea estate. The herd then split into smaller groups. Our team

was trying to control another herd when the incident took place,” divisional forest officer of Jorhat Davinder Suman said.

“Officials of the NFR and the forest department communicate regularly through a WhatsApp group. But the field staff didn’t realise when this lone elephant got separated from its herd and climbed onto the track,” she added.

This is the second incident of an elephant being killed by a train in this area this year. The first incident took place in February.

The NFR authorities said all passengers got off the train soon after the incident. Senior officials of the Tinsukia division reached the site immediately with a relief train. The stretch was restored at 7.45am. The stranded train left the site around 8.06am.

“While prima facie investigation suggests that the train was within its stipulated speed, a departmental inquiry has been ordered,” an NFR statement said.

“As many as 200 such incidents have been prevented this year alone owing to a close coordination between the field staff of both the forest department and the NFR,” the statement added.