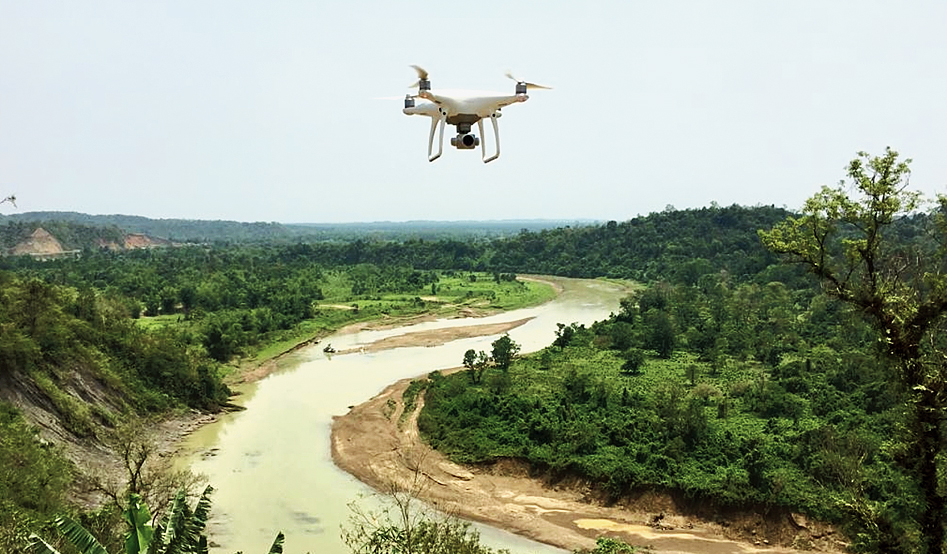 The Assam forest department has for the first time detected encroachment using drones.

The drones, which were put into use in Cachar forest division, had detected encroachment across five hectares of forestland at Kalakhal under Monierkhal range, which has now been cleared.

“The forest area in the division is under encroachment from tea gardens, habitation and jhum cultivation. We have been trying hard to identify any new encroachment and stop it. The use of drones in detection of encroachment has led to good results. Far-flung areas of reserve forests, which used to be prone to encroachment, has gone down due to fear among encroachers of being detected immediately. Recently, five hectares under encroachment were cleared after being detected by a drone. The forest is being monitored periodically for any sign of fresh encroachment,” Cachar divisional forest officer Sunnydeo Choudhary told The Telegraph on Sunday.

The encroachments were cleared in the first week of April.

The Cachar forest division is surrounded by Dima Hasao district in the north, Manipur on the east, Mizoram in the south and Karimganj and Hailakandi divisions in the west.

Choudhary said environment and forest minister Parimal Suklabaidya, who is from Cachar, called for using latest technology for controlling encroachment and for proper planning. “On his guidance and advice, the Cachar division purchased a drone with some amazing inherent capability and put it to use. As a result, many illegal activities have come down drastically, which has boosted the confidence of the department,” he said.

The official said the drone is being used to monitor stone and sand quarry in the division as it is rich in minor minerals as well. “There have been instances of illegal mining as well. It became a challenge to regulate and control mining activities until introduction of drone in the quarry area. Suddenly the theft of minerals decreased drastically as offenders became wary of the forest department capability to track them while committing the crime in far-flung areas,” he said.

The Cachar division has been monitoring all quarry area regularly using the drone for checking whether mining was being carried out according to the mining plan prescription and in accordance with the environmental clearance. “It also generates data regarding the extent of mining, availability of minor minerals in the quarry area and checking bank erosion, among others. The drone is also used for exploring new areas for opening quarry for mining to be used for government, development purposes and for the public. The results have been very satisfying,” Choudhary said.