Advertisement
Home / North-east / Dredging along the Brahmaputra not feasible: Panel

Dredging along the Brahmaputra not feasible: Panel

Assam Assembly on Wednesday disclosed the report, which was submitted by the committee in August 31, 2017 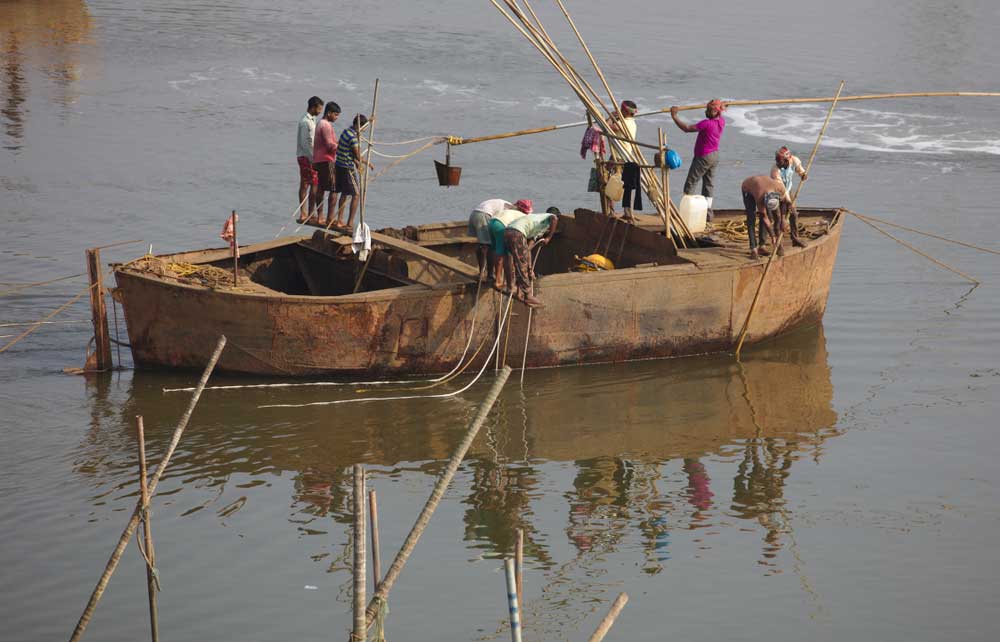 An expert committee formed by the Assam government has said dredging operations along the entire length of the Brahmaputra will not be a feasible option to mitigate its flood and erosion hazards.

The eight-member committee on Fluvial Morphology of River Brahmaputra, Sediment Management with Possibility of Dredging by Adopting Modern Technology, was headed by former professor of Gauhati University, Dulal Goswami.

The Assam Assembly on Wednesday disclosed the report, which was submitted by the committee in August 31, 2017.

Union transport minister Nitin Gadkari in 2017 announced Rs 250 crore to dredge the Brahmaputra to have direct access from Haldia port of Bengal to Chittagong port in Bangladesh.

The report talks about how past experiences of dredging of the Brahmaputra by the Inland Waterways Authority of India (IWAI) and water resources department, Assam, had pointed to the futility of the exercise.

The water resources department said: “Dredging of the Brahmaputra was taken up in 1977 and 1978 at Dharapur near Guwahati. But as removal of huge quantity of silt throughout the river in the plains section was not feasible and also the dredged channels were again silted up in the subsequent flood waves the dredging activity was discontinued.”

According to the IWAI, dredging the Brahmaputra for flood moderation is a difficult proposition as the Brahmaputra is an alluvial river, which continuously carries a huge quantity of silt throughout the year.

After a series of discussions and observations, the committee recommends “a massive dredging exercise in the entire Indian reach of the Brahmaputra would change the overall water quality status of the river with significantly increased turbidity level and changes in several other parameters that may have harmful impact on aquatic ecology and affect the riparian population whose livelihood depends on the river and floodplain ecosystems”.

However, the committee finds no problem in removing silt in the Brahmaputra for clearing bottlenecks in selected locations.

The committee said as the Brahmaputra is a trans-boundary river, dredging at some intermediate river reach will not help in improving the water carrying capacity of the channel.

Water resources minister Keshab Mahanta on Wednesday told the Assembly that following the report, the state government is taking steps to remove silt in some places of the Brahmaputra.

“The government has already issued work orders to buy equipments and dredger,” he said.