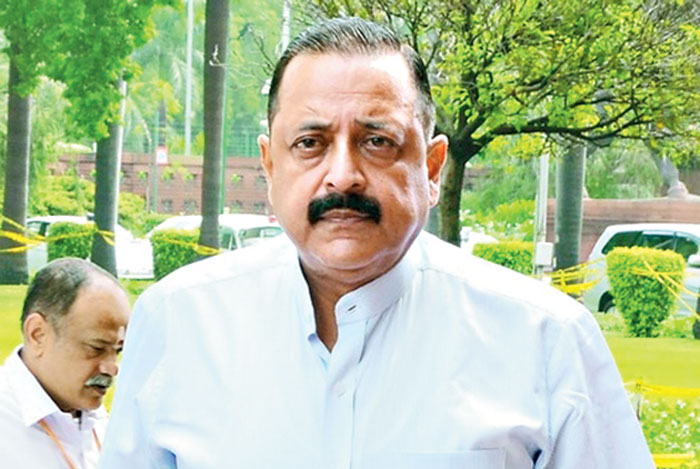 DoNER minister Jitendra Singh briefed MPs from the Northeast in Delhi on Thursday about the Centre’s ongoing schemes and future plans for the region.

The minister said the Centre would act in close coordination with the elected representatives of the Northeast to improve the lives of the people of the region. He said DoNER was the Centre’s only region-based ministry and the Narendra Modi government had given priority to development of the region in the past five years.

He said the procedures laid down for detailed project reports have been simplified to expedite execution of projects in the region and do away with unnecessary delay and chief ministers and resident commissioners of states based in Delhi have been requested to coordinate with DoNER ministry and follow up with officials for development of projects in the northeastern states.

Besides, issues related to enhancement of budgetary allocation for development of northeastern states are being discussed with the finance ministry, he added.

The minister said in departure from the earlier practice of the 90:10 central and state funding of projects in the Northeast under the Non- Lapsable Central Pool of Resources, the Union cabinet has agreed that under the new North East Special Infrastructure Development Scheme, the entire funding would be borne by the Centre. This will bring huge relief to the state governments and put an end to their frequent grouse about lack of funds to contribute to their share.

He also mentioned the Indian Forest (Amendment) Ordinance, 2017, which exempts bamboo grown in non-forest areas from the definition “tree”, thereby dispensing with the requirement to obtain a permit for felling of bamboo for economic use.

He said the DoNER ministry has appointed nodal officers and chief nodal officers for each of the northeastern states and line ministries and constituted inter-ministerial committees for important sectors such as roads, civil aviation and tourism, livelihood, piggery, medicinal and aromatic plants and health and nutrition.