CPM offices vandalised and vehicles set on fire in Tripura 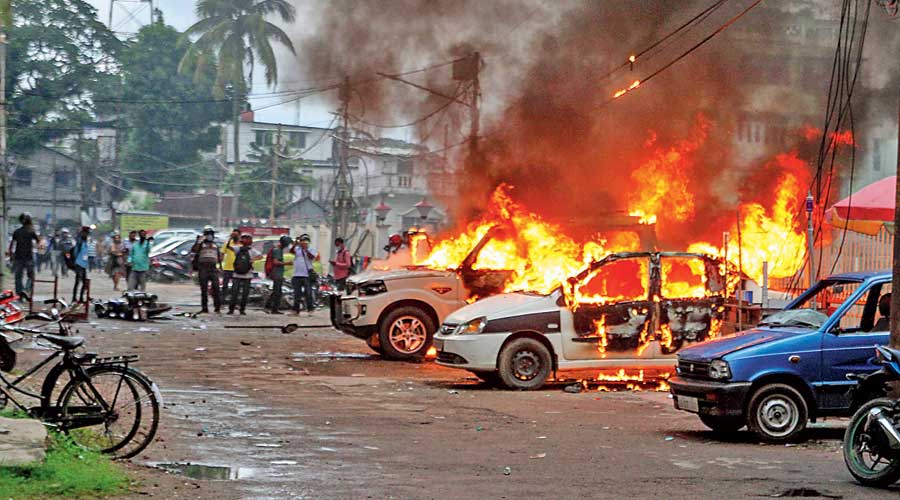 CPM offices were vandalised and vehicles set on fire in Tripura on Wednesday in what is being seen as the fallout of a three-way campaign for supremacy in the Northeast state from where the BJP ousted the once-dominant Left.

The flashpoint appears to be an attempt by suspected BJP supporters on Monday to stop Manik Sarkar, the CPM veteran and former chief minister, at his constituency Dhanpur while he was on his way to attend a scheduled meeting. Sarkar is now the Opposition leader.

At least five offices of the CPM, including its state headquarters in Agartala, were vandalised on Wednesday. Six vehicles parked outside the CPM offices in Agartala were set on fire. Eleven BJP activists were injured in the violence.

polls and ahead of the next elections in the Northeast state in 2023.

The CPM, which has been lying low since its defeat to the BJP-IPFT alliance in the 2018 Assembly polls, has revived its political programmes to ensure that it is not elbowed out by the BJP and Trinamul.

Warning bells for the BJP in Tripura