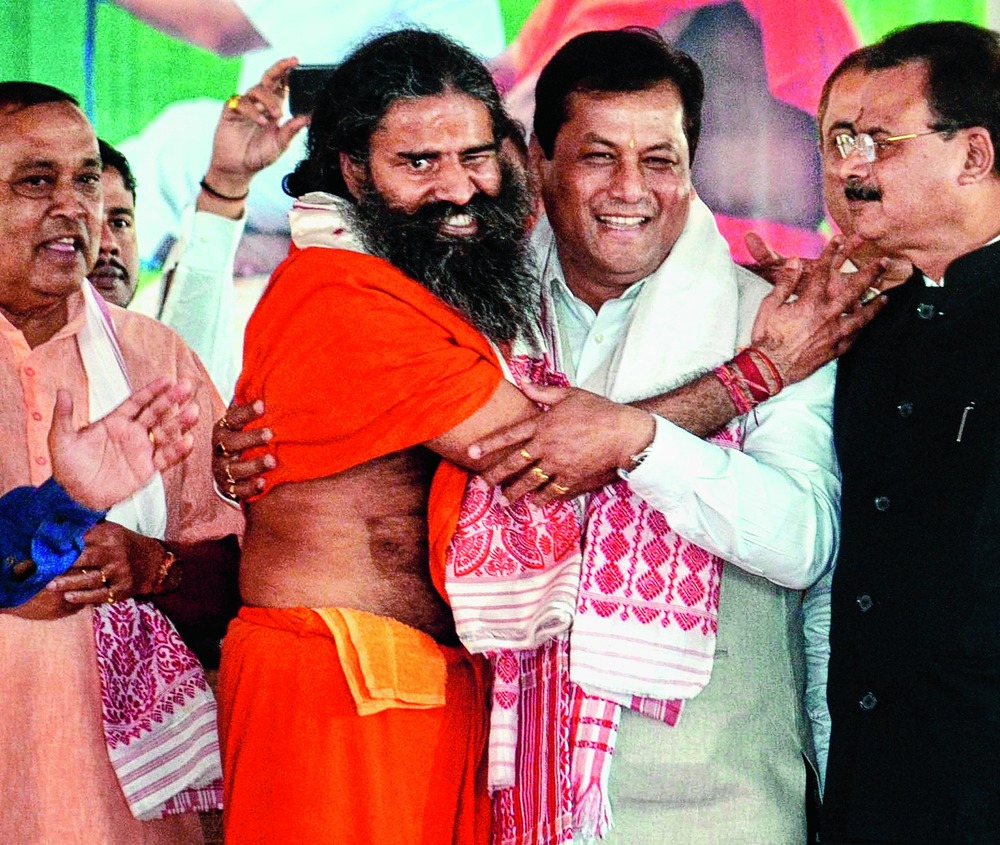 HSDC propaganda secretary Denial Teron spoke to mediapersons in Diphu today and alleged that the BJP-led council in power is handing over as many as 100 hectares on the banks of Dhansiri river, a move which is not "people friendly at all".

Teron came down heavily on the BJP for going against the interest of the common people of the hill district and warned that it would launch a mass agitation if the mega herbal and food park gets land in the hills.

A high-level source of Karbi Anglong Autonomous Council today said it is not selling any council land to private parties as alleged by some politicians with vested interest.

"The council received a proposal from Ramdev and it is under consideration. The organisation is seeking land to set up a medicinal herb garden. It is not that the private company wants to buy council land," the council source said.

Teron today claimed that Ramdev and his organisation had announced jobs to 5,000 educated youths in Karbi Anglong and a class-I medical institution in Diphu, which are all totally false.

"We have not seen any instances of that type of work by any organisation anywhere in India. They announced these things only to get land for the garden," Teron said.

"We want good work from all sections of society for the greater interest of development of the region. Arrival of outside companies might pave way for the engagement of educated youths of Karbi Anglong. People voted for the BJP for development and this government has kept its promise," Karbi Anglong Autonomous Council chief executive member Tuliram Ranghang said.