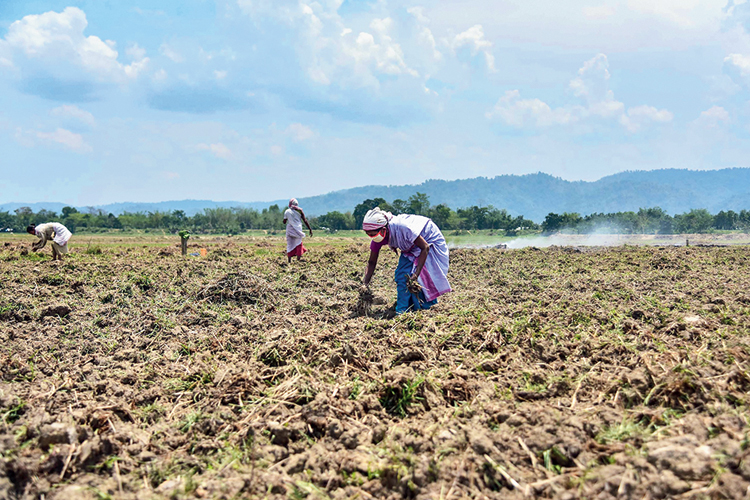 The Assam Congress has written to Prime Minister Narendra Modi demanding a CBI inquiry into the alleged largescale corruption in implementing the Prime Minister Kisan Samman Nidhi in the state.

State agriculture minister Atul Bora had admitted on Thursday that some of the corruption allegations in preparing the beneficiary list for the central scheme were “not wrong”.

He said he had asked the districts to review their beneficiary lists.

The state has already witnessed a number of protests by farmers alleging they have been deprived from the scheme, while ineligible people are getting its benefits.

Bora informed Modi that while in most cases genuine farmers have not been selected, many government employees, businessman and economically sound people have been selected as beneficiaries. He said there have been instances of beneficiary lists containing more than five members of a family and kith and kin of panchayat representatives.

Bora said according to an estimate made by a number of organisations and media houses, over 40 per cent beneficiaries are bogus.

Bora said at this moment when people are suffering because of the coronavirus pandemic, “it is unpardonable offence made in Assam where lakhs and lakhs deserving poor needy farmers are deprived in getting the benefits of PM Kisan Samman Nidhi”.

Chief minister Sarbananda Sonowal on Friday said nobody involved in the alleged corruption will be spared. “No one will be spared. Inquiry is going on. Whoever will be found guilty, will be put behind bars,” he said.

Earlier, leader of the Opposition Debabrata Saikia had also written to the CBI to take suo motu cognisance of the allegations and a farmers’ organisation, Krishak Sramik Unnayan Parishad, lodged a complaint with CID to investigate the matter.

The All Assam Students’ Union (AASU) on Friday demanded a high-level inquiry into the alleged corruption and exemplary punishment to those found guilty.

The AASU demanded the government to remove the names of ineligible beneficiaries of the scheme.